January 9 2016
38
Residents of the Kiev-controlled village of Loposhkino, located in 24 km from Lugansk, complained to OSCE observers in the area that representatives of the Lugansk 1 battalion had searched their homes, transmitting RIA News mission message. 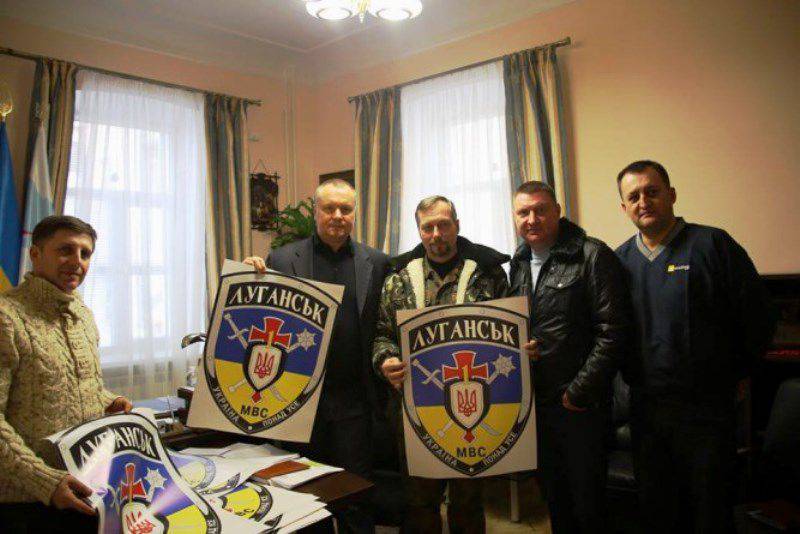 Presentation of stickers on military equipment.

“Two residents of the government-controlled village of Lopashkino told the SMM about the incident that allegedly occurred on the afternoon of January 5, when 20-30 armed men searched several houses and recorded the names of residents, their passport details, telephone numbers and their international identification data (IMEI). According to the interlocutors, the armed men said that they represent the not yet known battalion "Lugansk-1" ”- the report says.

According to the agency, “Lugansk 1” is a volunteer battalion of a special patrol service created in June by 2014 in the structure of the Ministry of Internal Affairs. Place of creation - Dnipropetrovsk region.