Genichesk: how many wolves do not feed, and the elephant does not care ...

January 7 2016
432
Honestly, when the press began to appear information that Putin ordered to solve the problem of gas supply to Genichesk, stirred in my heart. Well, people are freezing. And we can help. Let the government and the various “activists” talk about the aggressor state, about the hundreds of thousands of soldiers and other nonsense. The main thing is that we will help ordinary people who have become hostages of the stupid policies of pseudo-country leaders. Human life is more important. Everything can be repaired, rebuilt. Only here is human life alone. And it is finite. 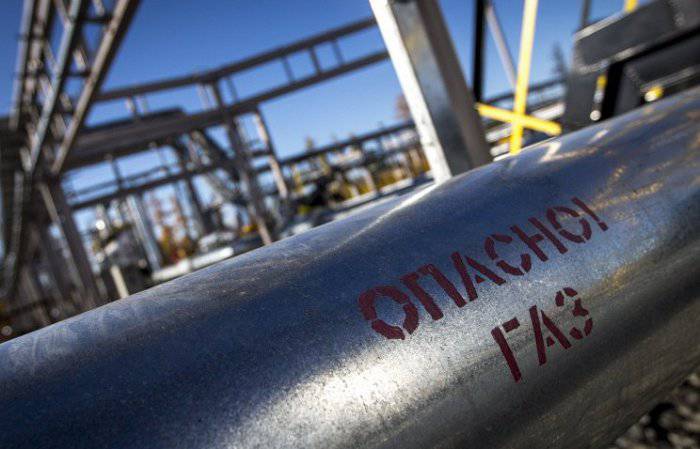 Even the campaign, which will be launched in the Ukrainian media, was perceived calmly. I just presented myself on the place of any pseudo-patriot of Ukraine and that's it. This is not even a spit in the face of the person of the prime minister and the president; this is a huge pile of completely different order. Moreover, according to the Ukrainian tradition, put in borscht.

I recall a series of events. The mayor of Genichesk appealed to the leadership of the Crimea with a request to help in the situation with gas. Naturally, Aksenov himself cannot solve such issues. The head of the region turned above. A higher government and the president of Russia.

It was at this level that the decision on the supply was made. And realizing that there is no money in the local, city budget, and there will not be, Putin decided on another charity event. Then we figure out who and why. When the frosts end.

And then the detective began. The whole day Naftogaz of Ukraine spoke and wrote at all platforms that Russia does not supply gas. Fake. Gas supplies Ukraine. All day long there was talk about Russian propaganda. Smelly, actually, as a subject of discussion. That is, gas.

And only in the evening Kiev did admit that gas from the Crimea. Admitted, however, with reservations. The gas is wrong. For some reason, mixed with water. Moreover, there is more water than this very gas. And the water spoils all the equipment of the Ukrainian town. Public utilities only have time to repair.

Anyway. Speech today about that mayor. Mayor Genichesk. Man, of course, bold and, probably, really caring. He perceives his city exactly as his own. I wondered what the matter would end for him. Kiev can not forgive such things. So, we are waiting ...

And here is the first statement of the mayor. Alexander Tulupov, that is his name, spoke about the situation to the Ukrainian “Gromadsky Radio”. Then just quotes from the transfer.

Irina Romali: "Tell me, have you asked Vladimir Putin to provide the city with gas?"

Alexander Tulupov: “No, I didn’t apply to Putin. I turned to the Vice Prime Minister of Ukraine Gennady Zubko and kept in touch only with him about the supply of our gas from the territory of Crimea.”


"Due to the fact that legally it is very difficult to arrange the gas supply to one or the other side, so maybe our management addressed at some level, and to resolve the issue, such information was needed that it was the mayor of Genichesk who addressed the Russian Federation.

This can only be guessed at. We conducted talks and negotiations only at a high level with our leadership. It is very difficult for me to speak, because in one day, probably, I slept only one hour, and before that, we had been supplying some heat to the houses for a day for 2 days. "

So, the mayor was "crushed." And crushed very seriously. Not sure that his fate will be bright. Most likely, he had already worked his own in this position. However, another is interesting. Kiev substitutes a new official - Zubko. What for?

Yes, simply because the government did not solve the situation that the mayor was able to resolve. More precisely, the anti-Russian blinders interfered. And this very government didn’t give a damn about the people. And today we need to somehow explain this fact to people.

I think today we will read a lot. And how the Crimea did not want to negotiate the supply of gas to the Kherson region. And the fact that the gas is actually Ukrainian, was simply supplied to the Crimea "for storage". Even the fact that Poroshenko personally called Putin personally on this issue. And ... peremoga arrived!

How are the people right? Anyone, regardless of country or continent. A nation that is rich in age-old wisdom. Russian, in particular. The well-known saying “how many wolves do not feed, but an elephant still has an organism more” - in action.

Kiev authorities today resemble a mad animal. Externally, it seems normal, but inside ... The rabies virus blinds the eyes. The rabies virus is already incurable. Therapy is powerless here. Mad animals are being destroyed. Otherwise they destroy everyone around. And with this bite, this virus spreads more and more.

But we gave gas for Genichesk correctly! Properly received our leadership. We do not need gratitude from the Ukrainian authorities. People will say everything themselves. And the opinion of ordinary people is more important than the opinions of rabid animals. So it was and always will be.

Ctrl Enter
Noticed oshЫbku Highlight text and press. Ctrl + Enter
We are
Results of the week. “Ah, here are some of the people - greedy for someone else's good!”Is an empty belly to battle dull? And we will help. Report №16
432 comments
Information
Dear reader, to leave comments on the publication, you must to register.