December 29 2015
43
Next year Klimovsky TsNIItochmash (part of Rostec) intends to develop 9 industrial technologies for the production of third-generation Ratnik equipment, reports Look With reference to the general director of the enterprise Dmitry Semizorov. 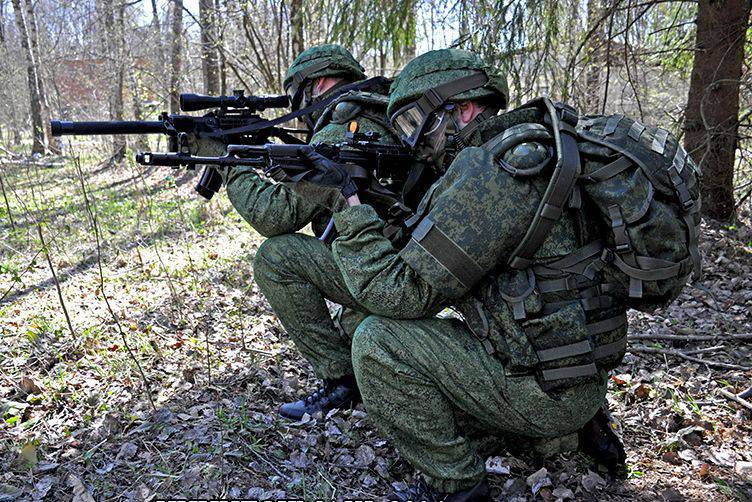 “In addition, work will continue on the reconstruction and technical re-equipment of the enterprise’s production capacities. At its own expense, 10 is expected to undertake initiative work on improving the design of serial samples, creating a scientific and technical reserve in areas of the AMST (weapons, military and special equipment) assigned to the institute, as well as dual-use and civilian products, ”Semizorov added.

According to him, the company simultaneously “will continue to work on the creation of high-precision sniper complexes of a new generation, in accordance with the tactical and technical specifications of the FSO, the FSB, the Ministry of Internal Affairs and the Ministry of Defense of Russia as part of a public-private partnership.”

The general director recalled that with 2015 at the institute, “a laboratory is working to create an advanced scientific and technical reserve for the development of new-generation rifle complexes”. Joint work in the direction of the "Promising system of military equipment for the military" Defender of the Future "(2015-2040 years)" conducted with 2014.

Earlier it was reported that the 3-generation equipment is planned to be created within 4-6 years.

Ctrl Enter
Noticed oshЫbku Highlight text and press. Ctrl + Enter
We are
The action “Military service under the contract is your choice!” In Rostov-on-Don: future contract servicemen, exhibitions and “Russian Knights”Combat gear "Warrior" on the way
Military Reviewin Yandex News
Military Reviewin Google News
43 comments
Information
Dear reader, to leave comments on the publication, you must sign in.