The Ministry of Finance of Ukraine on Russia's debt: either restructuring or court

December 26 2015
49
Natalia Yaresko, the head of the Ukrainian Ministry of Finance, said that Kiev does not intend to lift the moratorium on the payment of Russia's state debt, it will act until the matter is resolved by the court, or until Moscow restructured this debt, reports RIA News. 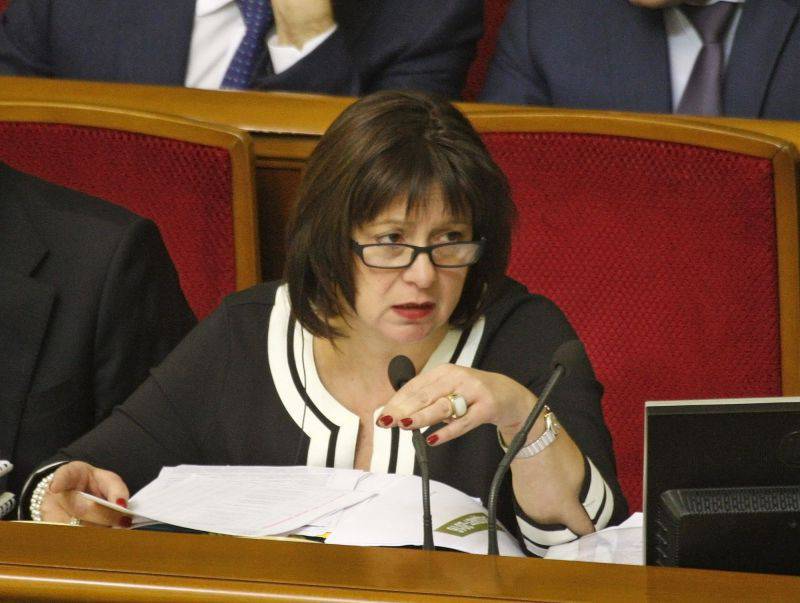 According to her, “Ukraine behaved in good faith in the matter of restructuring the debt of the Russian Federation,” and for Kiev “there is no difference in the status of this debt (i.e., be it private, though it is state).”

The agency recalls that the Ukrainian Cabinet has imposed a moratorium on the payment of the 3 billionth debt to Russia. At the same time, Yatsenyuk repeatedly declared Kiev’s readiness to sue Moscow on this issue. Contrary to the decision of the IMF, the head of the Cabinet does not recognize the debt as a state debt and calls it “a bribe to the former President of Ukraine, Yanukovych.”