The day the world went crazy 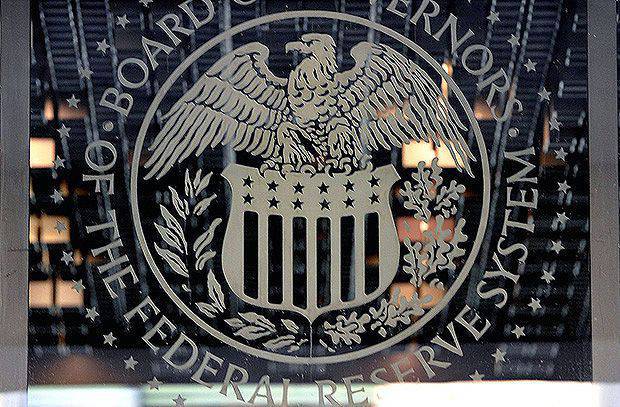 102 a year ago, the US Federal Reserve was born — the largest financial pyramid in stories of humanity
23 December 1913 of the United States Congress passed the Federal Reserve Act, initiating the existence of one of the most odious structures in history. Today it is perhaps the centerpiece of the world’s financial system and largely determines its fate. For more than a hundred years, mankind has become so accustomed to this thought that the majority no longer wonders why, in fact, the daily life of every Russian (Englishman, Chinese, Brazilian, etc.) should depend on a private organization that prints money for American government? And how did it happen that in the eyes of the whole world a scam of a truly planetary scale has been committed for a hundred years now?

No, we were not mistaken in calling the Fed a private organization: this may seem to someone to be an invention, but all of America really exists, in fact, at private expense. We admit that it was not always the case: the bankers managed to get the Americans on private money only on the third attempt. In the 19th century, Central Banks were established and both times liquidated in the country, and for about 80 years the state itself managed the issue of banknotes.

But in the end, private capital won, and, oddly enough, the crisis helped him in this. During the 1907 recession, financier John Pierpont Morgan bought a number of trust companies on the verge of bankruptcy, thereby creating a reputation as the savior of the American economy. And when he initiated large-scale financial reform, no one particularly objected. The development of the reform was entrusted to Morgan’s friend, Nelson Aldrich, among other things, to his grandson, oil magnate John Davison Rockefeller. Along with him a number of major bankers and representatives of the Treasury worked on the project.

The essence of the document was that the country should create a National Reserve Association, which would be governed by a board of directors from among bankers. The powers assigned to it are the broadest: from issuing money to the right to allocate emergency loans to member banks of the association. Thus, the largest banking families, in fact, created for themselves a huge printing press, which they could dispose of at their discretion. But this was not enough: according to the initial plan, the Association was also entitled to collect taxes from the population and business, acting as a fiscal agent of the government.

Such a blatant attempt to privatize the entire financial sphere of the United States provoked a sharp rebuff from Congress. However, even loud cries of Democrats and Republicans did not prevent the banking lobby from slightly tweaking the concept and slipping the project of the Federal Reserve System to President Woodrow Wilson, who had little understanding of financial matters. So there was a famous Fed. The new organization relied on 12 reserve banks and was governed by a board of directors whose appointment was nominally controlled by the president. The task of the Fed was to insure banks in case of crisis. For this, the organization was entitled to print money. 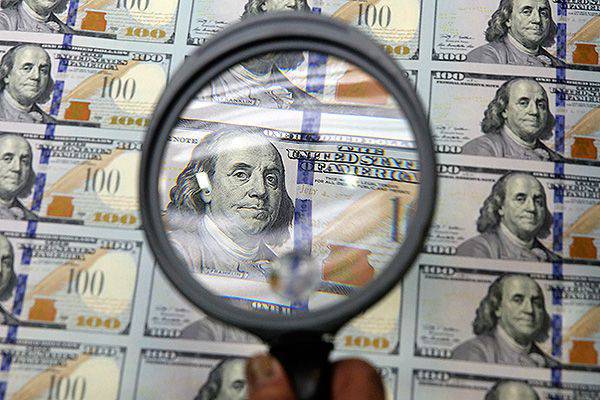 Photo: LM Otero / AP
On the wave of endless debt
The scheme then invented was unpretentious: banks that were part of the Fed printed dollars, and the United States government issued debt bonds ("treasuries"). Then the state exchanged its bonds for money issued by private banks and used them, for example, for budgetary purposes. So it happens to this day with the only difference that now dollars for the most part do not print, but simply “draw” on the accounts of the Fed.

In addition to the state treasury, the Fed is free to lend to private banks - and it does so at its discretion, without asking permission from either the Congress or the President. According to some reports, during the crisis 2008 – 2009, the Fed has printed for its member banks about 16,1 trillion dollars. After the information leaked to the media, the then head of the Federal Reserve, Ben Shalom Bernanke, stated the following: The Fed is an organization that is not a state institution and therefore has no obligation to the Americans and is not going to report on its credit policy.

In general, Bernanke, who led the Fed until 2014 of the year (Janet Yellen replaced him at this post, who is currently heading the organization) is a more than remarkable figure. It is enough to mention that he got the nickname “Ben Helicopter” after he publicly stated that in a crisis, throwing money from a helicopter would be very useful for fighting deflation.

It is not surprising that the main effect of the application of the above scheme was the steady growth of the US public debt. In the 1914 year, a year after the founding of the Fed, America’s national debt was 2,9 billion dollars. Over the past century, it has increased 5000 times, and as of August 2015, it reached 18 350 billion dollars. The state spends over 450 billion dollars just to pay interest on it.

But who cares if you can always print more? The uncomplicated system of exchanging pieces of paper into pieces of paper magically became a universal means suitable for solving practically any problems, including the repayment of public debt to foreign creditors. "The United States can pay any debt that they have, because they can always print more money," said Alan Greenspan, the predecessor of Bernanke as the Fed head, in 2011 year.

It is clear that in this situation the question of any security for the dollar is not worth it in principle: this is not even government money, but only a “valuable” paper borrowed by the US government from a private shop and allowed to be circulated in the country. However, if the case were limited to the borders of one country, this financial pyramid would collapse a long time ago: no economic growth or the natural wealth of a single state can bear the weight of such a parasite. But the US economy is closely connected with the world, and most importantly - the dollar is the world currency. Because of this, the flow of green mass freely leaves the US, ensuring the flow of raw materials, energy carriers and specialists from around the world into the country. According to rough estimates, over the past 5 years, the United States has poured into the global economy about 2,75 trillion dollars (!), Which the Fed has generated, as they say, "from the air."

The share of US Treasuries buyers, unfortunately, did not pass the Russian monetary authorities: according to the latest data, the Russian Federation owns US debt obligations in the amount of 81,7 billion dollars and is 16-m largest US lender.

Forward to the new supercrisis?

Nevertheless, in recent years, clouds have begun to thicken over a bunch of "dollar-treasure". The United States has already lost the real prerequisites for global economic hegemony: mass production has been taken out of the country, there has been no fundamental technological breakaway from the EU and even Russia, and allies around the world are increasingly pursuing independent policies.

The behavior of the United States itself is indicative of the approach to the new supercrisis: Washington actually abandoned the principles of free world trade, due to which the last 70 years has conquered markets and exported the dollar. Instead of further development of the WTO, the United States began feverishly tinkering with new free trade zones, where only selected allies were allowed. The demise of the Fed is inevitable. It is only a matter of time - and stretching this time is becoming increasingly difficult.

The treachery of the Fed lies in the fact that when the system collapses, it will pull half of the world after itself. Depreciation of the dollar will cause enormous damage to dozens of states and many millions of their residents, who keep their savings in printed papers by American bankers. That is why for more than a hundred years no one decided to expose the Fed: when everything is in proportion, there is simply no one to expose the scam.

By our own will or not, you and I also turned out to be complicit in this matter. The only thing that is in our power is not to feed the monster with your honestly earned money, not with money.

Ctrl Enter
Noticed oshЫbku Highlight text and press. Ctrl + Enter
We are
Life on loanAudit or liquidation of the Fed?
91 comment
Information
Dear reader, to leave comments on the publication, you must to register.