Sergey Glazyev. Tips in the void?

December 24 2015
206
A few days before the moment when the whole country suddenly found out that “the peak of the crisis was left behind,” well-known Russian economist Sergei Glazyev gave an interview "BUSINESS Online"in which, as they say, distributed to all the sisters on the earrings. Before we consider the essence of those statements about the state of affairs in the Russian economy, it is worthwhile to introduce Sergei Glazyev’s phrase as a prologue, reflecting the essence of the effectiveness of managers managing the economy of the Russian Federation:

If our would-be liberals and monetarists ruled Germany after the war, it would still be in ruins, they would wait for people from 60 brands to accumulate 6 millions. 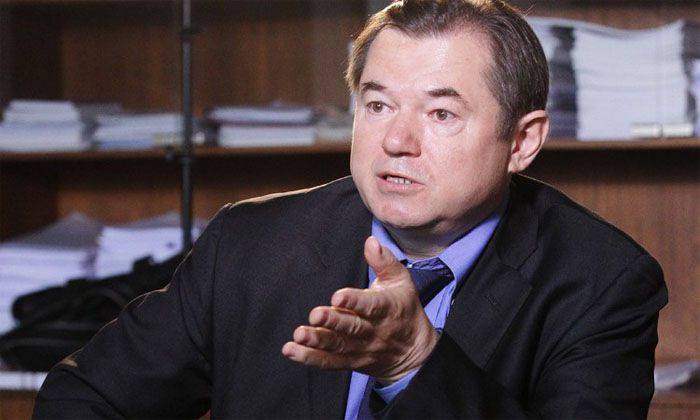 Sergei Glazyev, who, for a moment, is an adviser to the Russian president on regional economic integration, noted during an interview that, given the economic paradigm that is being implemented today, Russia will at best shine zero growth or growth within the limits of statistical error. At the same time, Glazyev proposes a whole range of measures, which, according to him, can disperse the country's economy to 8-9% annual growth in the short term. About the proposals below. For now, the rhetorical question:

Everyone for himself is free to answer this question independently, and therefore it’s time to touch on the very proposals that come from Sergey Yuryevich, who is positioning himself an obvious opponent of economic “gurus” entrenched in the Ministry of Economic Development, the Ministry of Finance and the Central Bank.

So, the first sentence, coming from Sergey Glazyev, is to stop by all means and forces holding onto inflation rates, actually killing the real sector of the economy - the production sector. According to the economist, today government agencies should take all measures to ensure that the interest rate for business and production activities is minimized. Glazyev is sure that it is “cheap and long-term” money that will allow to stimulate the production process, create new jobs, attract significant investments and make Russian goods really competitive and aimed at full import substitution. On import substitution, and not on applications for import substitution ...

According to the doctor of economic sciences Sergey Glazyev, who is an academician of the Russian Academy of Sciences, cheap loans for the domestic production sector will spur development and many other industries. From an interview with Glazyev for the publication of Business Online:
And although our monetarists understand money as gold coins and have no idea about the role of credit in the economy, in Europe, in America, in Japan, in China, and in Korea, it is the creation of cheap credit resources and the management of mechanisms for bringing these resources to innovative sectors of the economy in order to support investment activity is the main direction of macroeconomic policy. For example, in the USA after the beginning of the financial crisis, the money supply has grown four times, in Japan - twice, in England - more than four times, in China the growth is even more rapid. This is a consequence of the fact that the monetary authorities of the advanced countries use lending to the economy, cheap and diverse, as the main tool to support the transition to a new technological structure and output to the new Kondratieff growth wave.

At the same time, Glazyev notes that without cheap and long-term money for the real sector of the economy, Russia will be focused exclusively on the commodity segment, which, as practice shows, is actually a tool of influence on Russia. Even Western experts do not deny the speculative nature of the sharp fall in oil prices, who believe that there is no objective reason for the oil price to collapse almost three times over a year and continues to “look for the bottom” in the absence of unsolvable economic problems. world economies.

The presidential adviser calls not to fear that an infusion of the money supply in order to support the real sector of the economy will lead to an increase in debt volumes. According to Glazyev, it is now generally foolish to pay attention to odergivaniya from the side, for example, the IMF, whose tasks include everything, but not the real economic growth in Russia. Really. It is difficult to say that it is necessary to fulfill reinforced concrete obligations to the same IMF, which essentially undermined the entire economic basis of the modern world, deciding on the possibility of lending to the Ukrainian economy even if this economy comes on the basis of non-payment of credit to default. By the way, Sergey Glazyev said about the need not to react to the requirements of the IMF regarding the economic principles of Russia even before the Board of Directors of the Fund made its "landmark" decision on Ukraine.

Glazyev spoke in the course of the interview and about Ukraine:
Let's talk frankly. Ukraine today is not a country, it is not a state, it is an occupied territory. There is even no Constitution. It was canceled in the last edition by Yanukovych, and the new one was not accepted. In Ukraine, there is American power, and the decision-making center is the US embassy and Washington, as we could see from the recent visit of Biden, who came as a Führer to the territory under his jurisdiction. All Ukrainian power is formed by the personnel of the Americans - and the ministers, and lists of political parties, and political leaders, everything is coordinated with the US ambassador and the State Department. SBU, in fact, is a kind of Gestapo.

But back to Russia ... Sergei Glazyev says that the policy of the Central Bank to bring down the ruble exchange rate as a tool to "stabilize" the economy for many years postpones the prospect of the transition of the Russian ruble to the status of a reserve currency in the EEU space. According to the economist, the countries of the EAEU have lost confidence in the ruble, which the Central Bank has brought to a state that does not reflect the potential of the Eurasian Economic Union. Eyes says that the ruble stopped believing. When asked about the fever of the ruble, Sergei Yuryevich answers:

All stockbrokers and brokers know that the ruble exchange rate is being manipulated. Everyone knows who is manipulating. For these things in the United States would give life and not one, in England - fines of tens of billions of pounds, in China - would be shot. And here these people allow themselves to teach everyone else to live ...

But they really teach ... They say that the dark people, they say, little people, including Glazyev, do not understand anything in the economy, which should not be guided by the demands of the real sector, but should burn reserves in the hope of increasing the price of an oil barrel, which will again bring “Saving” petrodollars are empty pieces of paper that are flooded with the most diverse economies in the world by a printing press that serves the trillions of debts of the States themselves.

According to Glazyev, only real sovereignty of the national financial system will provide an opportunity to push the economy and give it an impulse for sustainable growth. And this requires at least that the government did not sleep at the time of a decline in GDP.

In addition to cheap business loans, for high-tech industries, Glazyev proposes to implement a public-private partnership in practice. So far, this kind of partnership is more like a get-together, when, on the basis of kickbacks, one or another affiliated private owner receives a sum from state institutions, after which, at best, half of it goes towards the implementation of the project. In the worst case, immediately after receiving the money by the company and rolling back by certain officials, the project remains only on paper, and the company suddenly turns out to be a bankrupt, “not calculating its economic forces”. Glazyev proposes to create a transparent system in which public-private partnership will be implemented in the following form:

"If you are ready to work on the development of the economy, you get credit resources and stable macroeconomic conditions."
And now, nevertheless, it is worth going to the question that was raised in the material above: why, it would seem, obviously, the positive initiatives of Sergei Glazyev do not pass? Yes, everything is very simple: if they pass (at least the same transparent public-private partnership), then the whole tower, which has been built for many years under various presidents and prime ministers, will collapse. The very principle of a corruption-liberal economy, the main attribute of which was the withdrawal of funds abroad, and which, by the way, is given for some investment by some external projects, will collapse. If this is an investment, then why do Russian money in most cases float offshore somewhere in the British Virgin Islands instead of returning to Russia for a profit? ..

There is an opinion that the initiatives of Sergey Glazyev will continue to be frankly ignored, if only for the reason that the economic rudder of the state has people called by the well-known Mr. Khodorkovsky people “with whom it would be possible to work fully in the new Russia”. New, according to Khodorkovsky, is “post-revolutionary”, “otmaydannoy” in the image and likeness of neighboring Ukraine.

By the way, it would be interesting to know the opinion of the Russian “economic bloc” about why Sergei Glazyev’s proposals are so bad for him ...

Ctrl Enter
Noticed oshЫbku Highlight text and press. Ctrl + Enter
We are
Situational analysis of the death of the MH17 flight (Malaysian Boeing 777), made on the basis of engineering analysis from 15.08.2014Joy and sorrow - in one harness
Military Reviewin Yandex News
Military Reviewin Google News
206 comments
Information
Dear reader, to leave comments on the publication, you must to register.