DPR intelligence: Kiev sent foreign mercenaries to the conflict zone in the Donbas near 300

December 23 2015
23
The Ministry of Defense of the Donetsk People's Republic reports that, according to intelligence data, Kiev has transferred about three hundred foreign mercenaries to the conflict zone in the Donbass. It is primarily about such cities as Artyomovsk and Mariupol. The message says that Kiev plans to use mercenaries to carry out sabotage at various infrastructure objects of the DPR, including coastal objects (the message also mentions a threat to objects in the Russian Federation).


Donetsk News Agency cites a statement by the representative of the Republic’s Defense Ministry:
A group of Turkish mercenaries in the amount of up to 100 people arrived in the city of Mariupol, their main goal is to conduct provocative and sabotage actions on military and civilian facilities in the coastal zone of both the DPR and the Russian Federation. From our sources in the temporarily occupied territory received information about the arrival in the settlement of Artyomovsk 200 of foreign mercenaries with the identifying marks of the Armed Forces of Ukraine.

Recall that earlier the Ukrainian parliament adopted a law that actually legalizes the use of foreign mercenaries as part of the country's armed forces and the so-called National Guard. 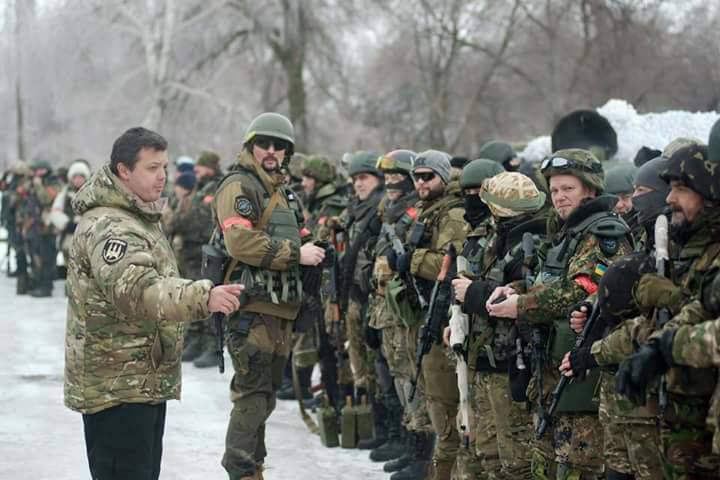 Today it became known that the Kiev security forces transferred more than 60 units of various military equipment to the line of contact. This is self-propelled artillery, MLRS, as well as tanks, BMP and MTLB. Four tanks are located in Novoselovka, which is 10 km from the demarcation line. Kiev sent two Grad installations and several armored vehicles there.

Ctrl Enter
Noticed oshЫbku Highlight text and press. Ctrl + Enter
We are
Reports from the militia of New Russia for 29 August 2014 of the year
Military Reviewin Yandex News
Military Reviewin Google News
23 comments
Information
Dear reader, to leave comments on the publication, you must to register.