In the Orenburg region, live firing of the MLRS "Grad" and self-propelled guns

December 21 2015
10
The artillery units of a motorized rifle formation of the Central District conducted at the Totsk training ground combat firing from the Grad multiple launch rocket systems and Msta-S and Khost self-propelled guns, the press service of the Central Military District reported on the website Ministry of Defense of the Russian Federation. 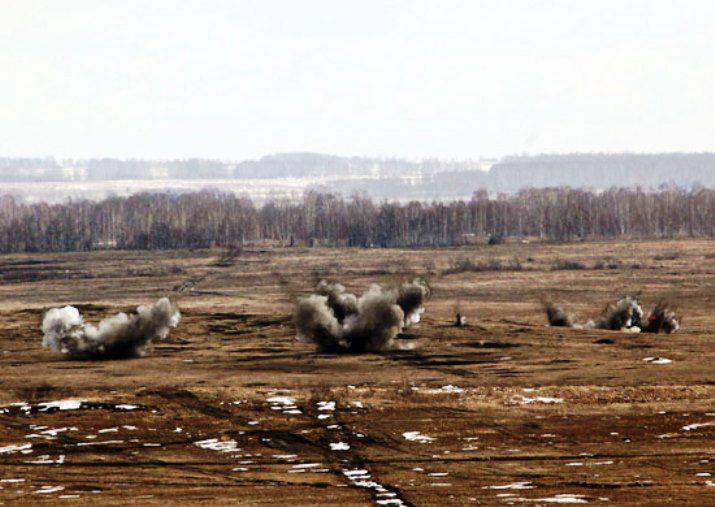 “The shooting was carried out on full-sized targets, imitating military equipment and fortifications of a conditional enemy, with direct and semi-direct fire at various ranges,” the press release said.

It is reported that "the crews and crews also worked out changing firing positions and obtaining planned and unplanned coordinates of targets during a conditional battle."

The press service clarified that “more than 350 gunners were involved in combat shooting, more than 80 units of weapons and military equipment were involved”.

Ctrl Enter
Noticed oshЫbku Highlight text and press. Ctrl + Enter
We are
The action “Military service under the contract is your choice!” In Rostov-on-Don: future contract servicemen, exhibitions and “Russian Knights”Completed a surprise check of the troops of the Central Military District
10 comments
Information
Dear reader, to leave comments on the publication, you must to register.