What will we receive Ukrainian debt?

December 22 2015
99
So, what everyone expected and prepared for, it did happen. Here it is, the financial default of Ukraine. Of course, one should not expect any special effects from him, such as the departure of the entire government. Not for that they sit there. So Ukraine will remain in the same place where it was, and the fateful Ukrainian will also remain in their seats. 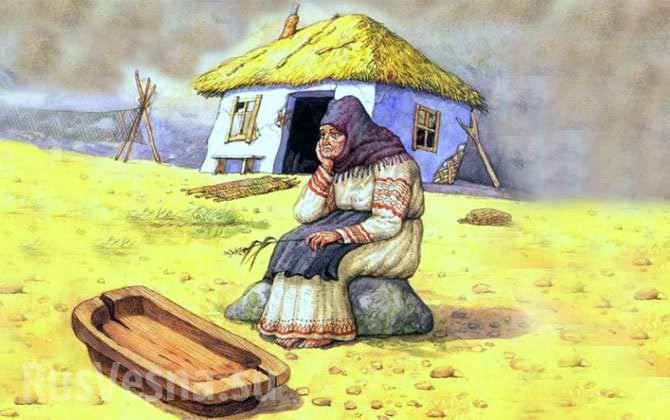 Let's look at the situation logically and calmly, without shouting. The shouts should all have ended when Putin proposed an installment plan to pay Ukraine’s debt on 3 of the year. Yes, the cries of "we were robbed and leaked" was enough. Exactly the same number of cries, "it would be better for me to be given my share." But let's not talk about stupid things, let's talk about serious things.

The serious thing is that the Ukrainian government never thought about paying this debt. If only because there is nothing to pay it. Not today, not in perspective. So to talk about the payment or postponement of the payment that no one was going to pay, unnecessarily.

The day is today. Oddly enough, but the Ukrainian media are in no hurry to shout about another peremog and that Moscow has lost its nose. Quietly and calmly state the fact of non-payment and the prospects of the court. Like RIA "News"quote.

And here, Prime Minister Medvedev is starting to implement a plan for knocking out this debt.

“I would like the members of the government to prepare all the necessary decisions in order to apply to the jurisdictional body that was elected on the basis of our agreement to consider this dispute.”

“This (delayed payment) means that a financial default has come. There are ten more days of the grace period, when the debt can be returned without penalty, but judging by the statements of Ukrainian officials, they are not going to do this. Accordingly, a default in the legal sense will occur in 10 days. ”

So the court. Actually, in any court, wherever ours turned, they will not be happy. The Permanent Court of Arbitration at The Hague, the International Court of Arbitration in Stockholm and their counterparts are unlikely to defend Russia's interests. Not for that purpose.

But they will have to accept the case for consideration, so ... alas, but Ukraine is bankrupt.

But whatever the decision of the court, the question of obtaining a debt, even with a positive decision, is still a question. Neither Europe nor America deigned to lay out the required 3 billion from their pockets to help their fellow allies. That's what I understand, plums. Friendship is friendship and dollars are apart.

The argument of the Ukrainian side in the media looks, to put it mildly, childish. Well, they did not take it, but Yanukovych. That's from him the demand should be. Funny, at the level of kindergarten and sandbox. It turns out, they are clever, they put everything on the shelves, and in Russia some fools live, as the Soviet debts paid off, and Yeltsin’s with Gorbachevsky. And it was necessary to send Yeltsin to Ukrainian logic. He took from him and ask. As - in general, not our headache, although necromancers call from Africa.

Funny Ridiculous. If it were not so sad. For 3 billion on the road do not roll.

How and what to get, here is an interesting question. Especially when you consider that there is nothing to receive by and large.

And what, did the Russians sell Alaska to the Americans at one time? And the French in their time for a Louisian deal in general, half of the territory of the current United States sold.

And why not concede part of the Ukrainian lands at cost? Those who are still crazy about the whole of Ukraine can not give. Yes, there is some kind of glovebox there, ruin is there, evil separatists with terrorists are entrenched there ...

Nothing, we have the experience of putting things in order in such places. We agree. Convince. We will help.

I would just like that question and throw it in for thought. And the same Yatsenyuk would get rid of a headache, and three billion ... of the type would save.

Ctrl Enter
Noticed oshЫbku Highlight text and press. Ctrl + Enter
We are
Situational analysis of the death of the MH17 flight (Malaysian Boeing 777), made on the basis of engineering analysis from 15.08.2014Results of the week. “In our cooperative, the board is always agreed”
Military Reviewin Yandex News
Military Reviewin Google News
99 comments
Information
Dear reader, to leave comments on the publication, you must to register.