Folklore as a litmus test of historical memory 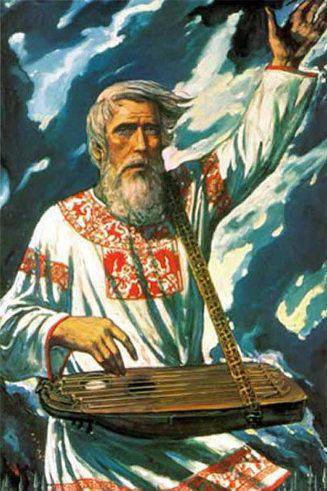 Sporadicly flashing disputes and debates in the margins of "VO" on the subject "Who are we, Russian people?" prompted me to write this article. But the conversation will focus on a more sensitive topic raised by the "jumpers" on the Maidan: are there any noticeable differences between the true heirs of Kievan Rus, with which they consider themselves a Bandero-zombie, and the so-called? mestizo those who consider themselves Russian by nationality and live in the territory of the Russian Federation? The question, at first glance, is rhetorical and provocative, since none of those who consider themselves to be the heir of the Slavs of Rus Dnieper (according to the classification of Klyuchevsky V. O.) do not even doubt the incorrectness of such a comparison.


Only the “trick” is not even that there is a huge distance between today's Ukraine and Little Russia, both in time and in spirit. And the fact that the people who lived in the Ukraine, had a "truncated memory." And about this truncated memory and will be discussed.

What is the memory of the people? Ethnic memory? What is meant by these definitions?

If we start from classical definitions, then a nation is a nation that has an ethnic identity. At the same time, the people represent "an ethnic formation characterized by a territorial, linguistic, cultural, traditional and genealogical community".

Memory is not the abstract knowledge of any event. Memory is life experience, knowledge of events experienced and felt, reflected emotionally. Historical memory is a collective concept. It lies in maintaining public as well as understanding of historical experience. The collective memory of generations can be among family members, the population of the city, and among the whole nation, country and all of humanity.

The above definitions can be criticized, but the essence is, in principle, clear.

So, we can’t do without history. In our case, we will resort to folklore as a litmus test of the collective memory of generations. After all, it’s just folk songs, like fairy tales, legends, epics, myths and legends that are transmitted orally from generation to generation, and are part of the historical memory of the people.

The appearance of writing and typography contributed to the consolidation of folklore in the pages of books. But when did the tales of Baba Yaga, the Serpent of Gorynych, come to light? Since when has the folk memory kept the legends of Svyatoslav, the tales of Dobryna Nikitich, Alesha Popovich and Ilya Muromets? Where did the characters of the Gamayun bird songs come from? It makes no sense to bring all the characters of the myths and legends of ancient Russia. How it makes no sense to challenge the thesis of linking the time of creating fairy tales of myths, epics and legends to the pagan period of the Russian people.

And here is the question: "How to determine what nation, Russian or Ukrainian, the above-mentioned works of folklore are related to?"

I dare say that the conversation was about Russian folklore.

But why not Ukrainian? On the Independence already answered this question. And therefore we will try to look for any bindings to the pagan period in Ukrainian folklore. The list of heroes will be noticeably smaller and shorter. Names such as Dovbush, Paly and Karmalyuk can hardly be called popular. About Kirilo Kozhemyaku, it seems, someone heard and read. As about Ivan the Woodcutter. But even a cursory reading of Ukrainian legends (?) And epics gives a certain impression that they were created not earlier than the 16th century. That is, at the time of the Zaporozhian Sech.

That, in principle, is not surprising.

The capture of Kiev by Batu's army in November-December of 1240 led to the devastation of the southern Russian lands, since a year earlier, in the spring of 1239, Batyi defeated southern Russia (South Pereyaslavl), in the fall - Chernigov principality The surviving settled population either went to the forest north-east, between the northern Volga and Oka rivers, or to the north-west and west, to territories controlled by Poland and Hungary.

As a result, from the middle of the XIII century, the territory of the former southern Russian principalities (Kiev, Chernigov and Pereyaslavl) was a wild steppe in the direct and figurative sense.

The return and settlement of abandoned land began simultaneously with the weakening of the Golden Horde. Yes, and this land to this went to the Commonwealth. And the reason for the migration was the Krevo Union, which led to the fact that the Orthodox population had to experience serious pressure from the Polish Catholic majority. Given the priority of the Catholic faith, the process of polonization of society and its conversion to Catholicism was inevitable. 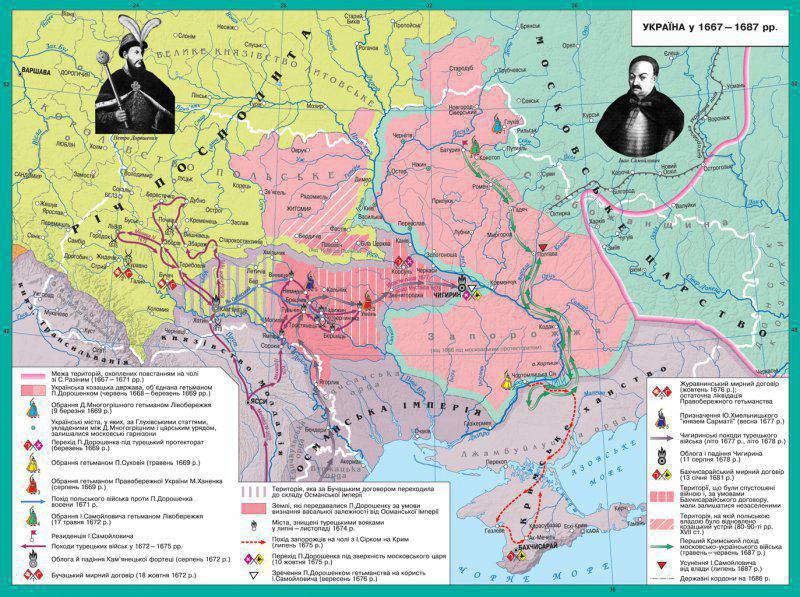 And now - the main thing.

What remains of those descendants of the inhabitants of Kiev (Dneprovskaya) Rus in memory, historical memory of that their ancestral homeland, abandoned by the ancestors two centuries earlier? What did they remember, what did they sing in their songs, what did grandmothers tell grandchildren and granddaughters in mud huts with clay floors on cold winter evenings? Answer - see above. The people who returned to their ancestral lands, no longer remembered their origins, their kinship with the people of Moscow, Russia. These were the Slavs, the Rusins, the clearing. You can call whatever you like. But it was a different people, the most militant representatives of which were ready to fight side by side with the Crimean Tatars against the Poles, or against the Poles against the Muscovites, or blackmailing Moscow with the transition to the power of the Polish-Lithuanian Commonwealth, to demand war with Poland "in defense of the Orthodox".

Has something changed in the mentality of the descendants of the proud "Zaporizhzhya Cossacks"? It seems to me that nothing. There is still a rejection of historical ties with kindred people. Political blackmail is still interspersed with economic. There is still a desire to fight with anyone for anyone - if only Pensenzy dripped into a personal account in a foreign bank. The governors still lead their people to "prosperity."

I feel sorry for such a people. Lobotomy, conducted by Polish priests and magnates, turned out to be a viral disease for a whole nation that has been descended from the Paleolithic era.