December 18 2015
63
Turkish department of the TV channel CNN It comes out with a report in which one Turkish soldier was killed in south-eastern Turkey. At the same time, the report says that a Turkish soldier was killed during an exchange of fire with Kurdish armed formations. It is noted that the Turkish army, together with the police, is conducting an “anti-terrorist operation” in the area of ​​the cities of Diyarbakir (there is a NATO air base there) and Nusaybin. A curfew has been in effect for several weeks in cities. 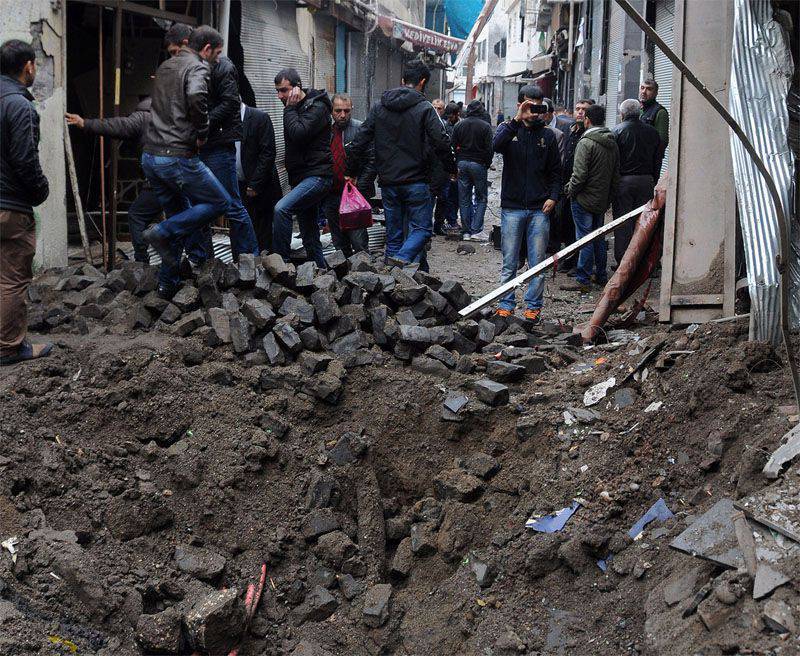 Turkish media reported that about 10 thousands of security officials were involved in the special operation in the south-east of the country. According to the same media, Turkish armed forces killed about fifty Kurds, who were called members of the Kurdistan Workers' Party banned in Turkey.

Statements of the Turkish media and authorities of the country can hardly be called consistent. Official Ankara declares that in the south-east of Turkey it fights against Kurdish armed formations, but in the north of Iraq the Kurdish armed formations not only support, but also train. Moreover, the Turkish authorities say that the Peshmerga fighters (as the Kurdish militia) trained by the Turkish military experts successfully oppose the ISIL militants in Iraqi territory. But at the same time, about a month and a half ago, the Turkish Air Force dropped bombs on the heads of the same Peshmerga fighters ...