December 16 2015
192
The captain of the Ukrainian border ship that approached the Crimean enterprise Chernomorneftegaz in the Black Sea (2014 d nationalized in November) demanded that the installation captain provide him with information on the crew composition and the purpose of finding the installation in the area, although he had no authority to do this transmits RIA News Post border guards of the FSB in the Crimea. 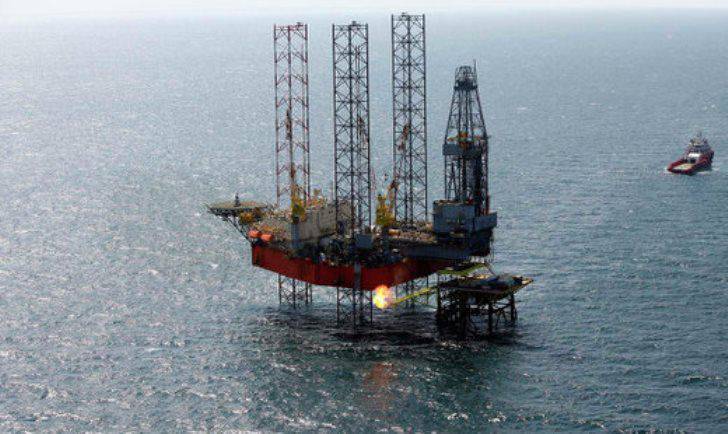 “Then the border ship of Ukraine headed to other facilities of Chernomorneftegaz, located on the Golitsyn gas condensate field, where they took photos and video,” the release said.

According to the press service, “to ensure the safety of the crew of the Tavrida drilling rig, as well as to protect and safeguard the economic interests of the Russian Federation, the border guard patrol ship of the second rank Ametist at the Border Department of the Federal Security Service of Russia in the Republic of Crimea was sent to the incident area.

“Arriving in the area of ​​the Odessa and Golitsynskoye fields, the Ametist PSKR discovered two military ships of the Ukrainian Navy near the SPBU. In order to ensure the economic and other legitimate interests of the Russian Federation, the Russian watchdog patrols the Black Sea region, ”the message says.