The Northern Fleet has replenished with the floating dock "Sviyaga"

December 14 2015
18
Composition of the North fleet replenished with a new floating dock “Sviyaga”, built in Tatarstan by Zelenodolsk shipbuilders, reports Rossiyskaya Gazeta with reference to the deputy director of the plant. Gorky Alexander Karpov. 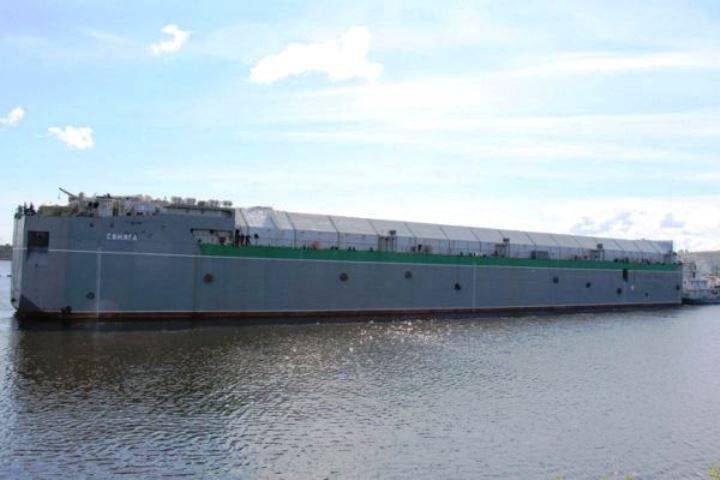 "The floating dock of the 22570" Sviyaga "project was tested and added to the Russian Navy. Permanent home - Severodvinsk »- said Karpov.

He recalled that "the dock was laid at the Gorky Shipyard in November 2012 of the year and was launched a year later." At the beginning of autumn the 2015-th vessel was sent for testing in Severodvinsk.

According to Karpov, "similar vessels have not been built in Russia during the last 12 years." He noted that "in addition to the dock inspection and repair of ships, the Sviyaga can transport ships on inland waterways."

Ctrl Enter
Noticed oshЫbku Highlight text and press. Ctrl + Enter
We are
The floating dock "Sviyaga" went to Severodvinsk for testingCentenary Rescue Ship "Commune"
18 comments
Information
Dear reader, to leave comments on the publication, you must to register.