December 12 2015
86
The Permanent Representative of Russia to the UN Security Council, Vitaly Churkin, during the Security Council meeting, stated that the Kiev political attitudes are under a base of extremism, neo-Nazism and aggressive nationalism. According to Vitaly Churkin, such a destructive ideology is viewed in Ukraine as a pillar of freedom of speech and freedom of expression of public opinion. At the same time, for any alternative opinion, a person faces either a prison cell, or even death at the hands of the radicals.


RIA News gives the text of Vitaly Churkin’s statement:
One of the factors under the influence of which political attitudes are formed and an algorithm for the actions of the current Kiev authorities is worked out is the ideology of extremism, neo-Nazism and aggressive nationalism that has been deeply rooted in Ukrainian society. 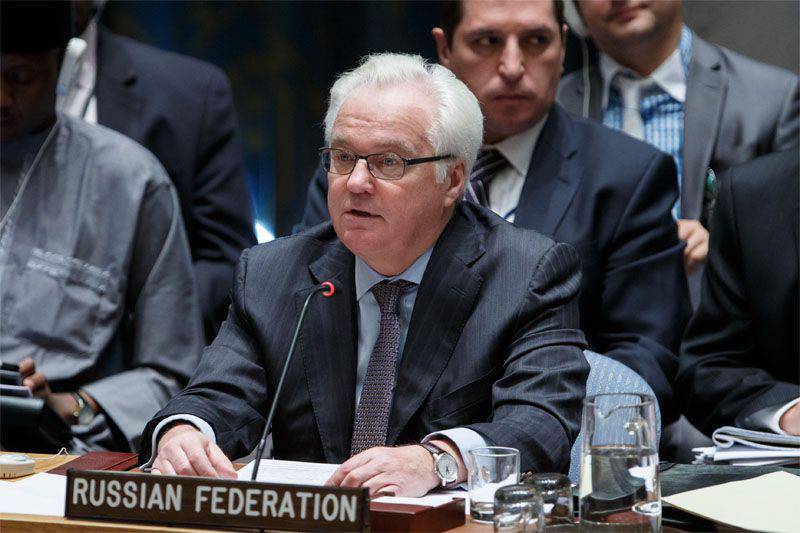 According to Vitaly Churkin, attempts to announce the consolidation of Ukraine on the basis of aiding extremism cast doubt on the legitimacy of the current Ukrainian government. As one example of the “consolidation of Ukrainian society”, Russia's permanent representative to the UN Security Council led the Ukrainian authorities to name a new transport plane in honor of Stepan Bandera.

Churkin's comment was short:
I wonder if they will draw a swastika on it?

Ctrl Enter
Noticed oshЫbku Highlight text and press. Ctrl + Enter
We are
Churkin in the UN Security Council: Many of those who are now in power in Kiev, a year ago you would not give a handOf the Russian Federation in the UN: Yanukovych asked Putin to engage the Russian troops in Ukraine
Military Reviewin Yandex News
Military Reviewin Google News
86 comments
Information
Dear reader, to leave comments on the publication, you must to register.