Where is our not betrayed! Liberals in the service of Turkey 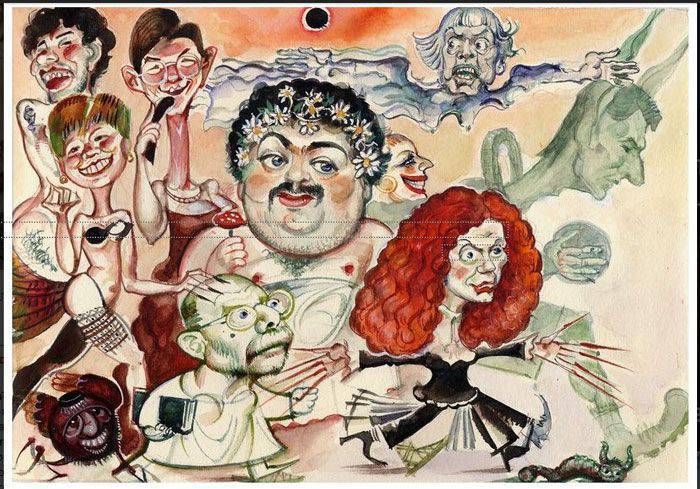 Indeed, it is difficult to imagine a domestic oppositionist and one source of income as a whole, indivisible and complete. There is a disturbing feeling of unnaturalness and unreality of the picture drawn by imagination.

Just try it to make sure. Emotions will not lie.

This kind of confusion can be felt when the station beggar offers you his money, a petty street felon gives a mobile phone, and an implacable fighter with the Russian authorities refuses foreign financial assistance.

In our case - Turkish. After all, it is now very important for the Turks to prove their innocence, to convince the Russians of the irrationality of the sanctions and the inadequacy of the authorities, and to make them regret the burned-out permits. Therefore, they go for help to representatives of the liberal opposition.

This situation is clear and logical. You are throwing a coin to a beggar, giving a mob to a gopnik, learning from a liberal "expert" that "Russia is to blame for everything itself and demands unnecessary sacrifices from citizens. That's right and not the other way around, as they try to imagine."

Everyone has heard or read this, right? If not, then it's time to quote the classics of the genre.

Dmitry Gudkov:
"MP Levichev proposed banning flights to Turkey. That's right, she’s bad. I’m waiting for us to be offered to impose a food embargo on her. You can also send Turks from Russia, as was the case with the citizens of Georgia on 2008. Does this mean that wars are not will be, and there will be petty dirty tricks and the next spoiled relations, I don’t know. "

Vladimir Ryzhkov:
All professional political scientists know that one of the most frequent causes of the collapse of authoritarian regimes in the world stories in dozens of cases (including the USSR), the foreign policy adventures of the regimes, which turned out to be devastating for the economy and over time from the beginning of the adventure, were extremely unpopular among the population. An interesting feeling when you live as if inside a history textbook or a political science textbook. "

Mikhail Khodorkovsky:
"They got it. And so we were screwed about success in Antalya! Now look for pilots, assholes."

Everything is consistent, democratic, oppositional and, of course, not free. The difference is only in price.

It is ridiculous to assume that Khodorkovsky, like the poor Udaltsov, bought for some miserable 35 thousand dollars. There must be something serious, something corresponding to the level. Smuggled oil from Syria? Share in the tourism business? Why not.

In the case of Ryzhkov or Gudkov, one can assume anything, from money transfers to cozy villas on the Mediterranean coast. These guys are used to be content with little. As they say, better tit in the hands.

One thing is clear - the Russian oppositionist will never go to costs without being sure of their compensation. And since the costs are there, then there is no reason to doubt the availability of compensation. And it does not matter at all what it will be expressed.

It is common for people to repeat the usual pattern of actions, and domestic oppositionists are no exception. It is hard to imagine that, having become accustomed to earning political propaganda, they suddenly refuse to pay. Therefore, if there is liberal propaganda, then the fee is somewhere nearby.

Dressed in the monk's robe, the prostitute does not finish selling her body. Wearing a "sambovka" addict will not refuse a dose. Having made honest eyes, the Russian oppositionist will not stop lying and betraying. Otherwise, they will no longer be who they are. It will be completely different people.

Ctrl Enter
Noticed oshЫbku Highlight text and press. Ctrl + Enter
We are
Insanity of the week. Beggar & "one and a half", Ukraine is an icon and a Bandera from Baba ShuraAbout Stalin and Khrushchev
384 comments
Information
Dear reader, to leave comments on the publication, you must to register.