Difficult talk about the death penalty in Russia

December 10 2015
302
This week, with a new force, not only in society, but also among the representatives, if it is possible to put it this way to the power corps, there was a discussion about whether Russia needs a moratorium on the death penalty, or is it time to stop the restrictive period on the action of the highest measure. Perhaps the discussion would once again fall on the philosophical, rather than on quite substantive rails, if it were not for the statement of the head of the Investigative Committee of the Russian Federation, Alexander Bastrykin, who, expressing his opinion, noted that he was in favor of the death penalty.


Information Agency TASS cites the words of Alexander Bastrykin expressed by the head of the Investigative Committee of Russia in Izhevsk during the event in memory of 13-year-old Andrei Kasimov, who, together with his sister, was the victim of a rapist and a murderer:

I personally advocate the death penalty, especially as a person. I am not afraid of critics when they begin to criticize me or those who express such thoughts. Do not be hypocritical. Evil must be punished. He took someone else's life, especially the life of a child, and you pay with your own. People who commit such serious crimes are not a place on earth.

The chairman of the Investigative Committee was, for obvious reasons, emotional. Alexander Bastrykin arrived in the Republic of Udmurtia to hand over the medal “For the Salvation of the Perished” to the mother of the dead, Andrei Kasimov. 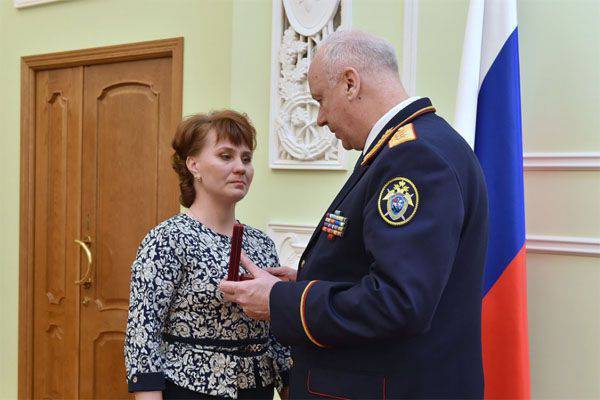 It is worth recalling that last fall, the investigative authorities of Udmurtia received a message about the disappearance of two children - 13-year-old Andrey and 11-year-old Alexandra Kasimov. On the following day, the bodies of children with signs of violent death were found in a wooded area near the village of Balezino. Investigators managed to establish that the conviction of Konstantin Russkikh who had previously been convicted of a crime. The offender tried to commit an act of sexual violence against 11-year-old Sasha Kasimova, but Andrei tried to prevent the offender, as a result of which a fight ensued. Russian killed the boy, then raped Alexandra Kasimova and killed her, throwing the bodies of children in the forest.

Subsequently, the fault of K.Russkikh was fully proved, and the court sentenced the rapist and murderer to the death penalty, which according to the Constitution of the Russian Federation is the death penalty. In connection with the current moratorium, the death penalty for a recidivist criminal who took the life of two children, was replaced by life imprisonment ...

Something in quality reference information.

Article 1 Protocol No. XXUMX is called "The abolition of the death penalty" and looks like this:

The death penalty is abolished. No one can be sentenced to death or executed.

However, the same protocol allows states to use the death penalty, for example, in wartime.

Article 2: "The use of the death penalty in wartime."

The state may provide in its legislation the death penalty for acts committed during a war or in case of imminent threat of war; similar punishment is applied only in cases established by law and in accordance with its provisions. The State shall inform the Secretary General of the Council of Europe of the relevant provisions of this legislation.

And this is from Article 20 of the Russian Constitution:

1. Everyone has the right to life.
2. The capital punishment, pending its abolition, may be established by federal law as an exceptional measure of punishment for especially grave crimes against life, in giving the defendant the right to be tried by a court with the participation of jurors.

In other words, the death penalty itself as the death penalty for especially grave crimes does not contradict the Russian Basic Law. The main thing that the case was considered by the jury. And, taking into account the fact that for some time, Russian laws have finally begun to be considered above the so-called “international” (precedent of the rule of the decisions of the Constitutional Court of the Russian Federation over the decisions of the ECHR), that is, there is every reason to say that the same sixth protocol of the Council of Europe is indisputable.

So, Alexander Bastrykin was emotional in Izhevsk. There are clear reasons for this. When you face a grieving mother who has lost two children at the hands of the real scum itself, for which there is no understanding of the value of human dignity, human life, after all, the life of a child; and when this scum currently lives and is kept on it, as an ordinary taxpayer, the means (while the children are in graves for more than a year), you will be emotional ...

The head of the Sledkoma adds that he repeatedly had a duty to deal with lawbreakers (murderers, terrorists), for whom there was one single priority — their own life. Alexander Bastrykin says that these “people”, sobbing, literally begged to save their lives, despite the fact that they themselves took the lives of other people without much regret. That is why, as a man, Bastrykin declares the need to return to the practice of the death penalty, in particular, for such as the same rapist and murderer, whose victims were children in Udmurtia.
At the same time, Alexander Bastrykin himself added that the Investigation Committee always obeys the spirit and letter of the law, making it clear that his personal opinion should not be confused with the official position of the RF IC.

However, if the need to return the death penalty to the system of execution of punishments is said, to put it mildly, by no means the last person in the law enforcement system, then this is already a precedent.

In the Kremlin, speaking out against the return of the death penalty, in 2013 it was said that “toughening punishment does not lead to the eradication of crime”. The statement is somewhat crafty. After all, to eradicate crime, as shown historical practice, nothing leads at all. Crime was, is and unfortunately will be. But the commensurability of the punishment of the crime (and Bastrykin, incidentally, also spoke about this) is sometimes the only tool that can still sober up a person who is aiming at a terrible act. All the pathos and state humanism towards those who committed serious crimes against citizens of the state is something from a series of “European values” - those values ​​when a killer of dozens of people is appointed to the Breivik terrorist in a three-room “cell” with a gym and personal the library. One would think that if Breivik had suddenly left the place of his "imprisonment", then he would have abandoned his views and guaranteed would not set about the crime again.

In Russia itself, by the way, there are many examples of the current “state humanism”. And one of them is a living and practically healthy Nurpasha Kulayev. If someone has forgotten, then this is, excuse me, a nit who participated in the terrorist attack on the Beslan school No. XXUMX in 1. 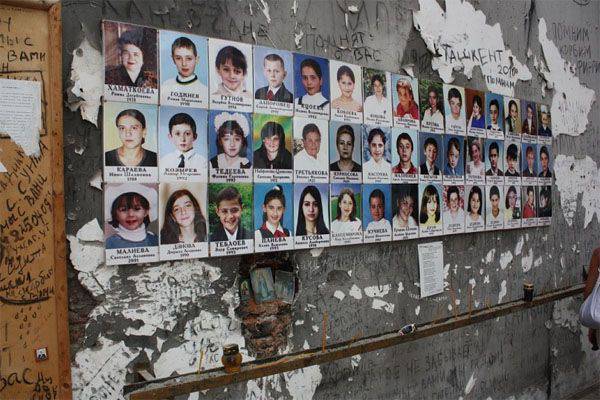 Kulayev as part of a gang committed one of the most heinous crimes in the recent history of Russia. More than 330 people became victims of the terrorist act, most of whom are children. And the death penalty, to which Kulaev was sentenced by the court, on the basis of the current moratorium was replaced by a life sentence. Now Kulaev writes petitions stating that he, you see, is not satisfied with certain cellmates, and he needs another - a separate camera. And the petitions are granted ... For he, you know, is a man ... He is a citizen ... 6-th paragraph ... Ugh! ..

Of course, you need to hold back emotions, because the main underwater reef of the abolition of the death penalty, by definition, is corruption. The fact is that the corrupt environment, to which so far, unfortunately also applies to the judicial system, by definition, can send a different and innocent person to the world. And the probability of a judicial error is also great. But emotions cannot be held back when the Russians or Kulayevs are alive, and their numerous victims are not. This time. And two things that still need to sometimes look into the Constitution. The main law is a thing that is also criticized, but still ... As already noted in the 20-th constitutional article, it is said that the issue is resolved during a court session with jurors. Russian statistics indicate that the use of a jury actually reduces the risk of errors, miscalculations or excesses to a minimum. There is no ideal system, a court with a jury would hardly have left at least some chance to the same K.Russkikh, whose guilt was proven, what is called, with interest.

And the possibility of returning the death penalty for repeat offenders and terrorists is not a thirst for blood, but following international practice. If the death penalty is abolished in the EU countries, but this does not mean that it is abolished everywhere. Especially dangerous criminals are executed in Belarus, Nigeria, India, Indonesia, China, Japan, Iran, Pakistan, Vietnam, Bangladesh, Malaysia, Egypt, Saudi Arabia, and a number of US states.

By the way, one should not forget that Russia is a federal state, and therefore, at least as an experiment, certain subjects of the federation (especially those in which the crime rate is the highest), based on the Constitution, could certainly receive the right to hold court sessions invitation of the jury and the possibility of imposing the most severe sentence.