At the VI International Geopolitical Congress “The Scientific Paradigm of Civilization of the 21st Century” held in Moscow, the problems of humanity in the conditions of the formation of the 6 technological structure and ways of overcoming existing conflicts were discussed.

The focus was on the theoretical and methodological foundations of a multipolar world pattern, its appearance in the near future.

“Russia will face great social changes in the period from 2019 to 2022 the year when the issue of the very existence of our country will be decided”
The main organizers of the congress were domestic and international organizations: Union of Geopolitics, Community of World Study Program Scientists (WARP Group), Russian Peace Service, Living Planet, All-Slavic Union. Along with our compatriots, representatives from Venezuela, Germany, Georgia, DPR, India, China, Mexico, Nicaragua, Norway, Palestine, Poland, the Pridnestrovian Moldavian Republic, Syria, and France participated in the work.

Special attention was paid to the analysis of the mechanisms of social transformations in the modern world and the driving forces of social progress, as well as to the justification of the ways of overcoming the global crisis that are acceptable in modern conditions, eliminating or minimizing the possibility of large-scale military clashes and preventing the growth of instability.

Ambassador Extraordinary and Plenipotentiary of the Bolivarian Republic of Venezuela, Juan Vicente Paredes Torrealba, attended the congress and gave a detailed report. Donetsk People's Republic was represented by Foreign Minister Alexander Kofman. He made a report on the origins of the Ukrainian crisis and ways to overcome it. Professor Olga Gukalenko, plenipotentiary of the Parliament of the PMR in Russia, spoke on the topic “Education and Science in the Service of the National Security of the State”. India, Nicaragua, Palestine, and Syria were represented by embassy officers with the rank of second secretary or military attache.

In the speeches of almost all foreign participants there was unconditional support for the actions of Russia in Syria. Deep gratitude was expressed by the representatives of the Arab Republic itself. Anas Mohsen of the Levant Center for Geopolitical Studies in the report cited the monstrous losses of the country's economy during the war years. All speakers blamed the United States for what is happening in the world. The guests, in particular from Germany and Poland, spoke very strictly about this. Foreign representatives, especially European ones, emphasized the exceptional importance of Russia for preserving the traditional foundations of society and the spiritual base of Christianity. The thought was expressed that our country today is actually taking on the mission of the Third Rome - the keeper of human values ​​against the background of spiritlessness and depravity sweeping through the Western world.

Participants in the congress, regardless of nationality, political affiliation and professional affiliation, agreed that liberalism is an advanced ideological echelon of fascism, since it justifies the individual’s right to claim exclusivity and, on this basis, to suppress others. And the ideological core of all fascist concepts is precisely the recognition of the right of an insignificant social group to declare themselves supermen, with no restrictions on others. It is interesting that the criticism addressed to their own authorities in the individual speeches of the Russian participants met with a rather tough response from the guests, especially the European ones.

At the congress promulgated 43 report. Let us single out those that determined the general direction or contained new ideas that had not previously been heard at such events in Russia. In this vein, the speech of the president of the Academy of Rocket and Artillery Sciences, Professor Vasily Burenk "Scientific and Technical Progress - a Benefit or a Threat to Civilization?" His article on this topic has already been published (“Aggravating Innovations”), so it makes no sense to repeat the main points. But let us emphasize the main idea, which was supported in debatable presentations: any discovery that directly affects people brings not only good, but also new risks, even threats. Therefore, before introducing the fruits of scientific research into life, it is necessary to identify the permissible scope of their application, to develop effective measures to prevent possible negative consequences. An important condition for the safety of NTP is the creation of an effective system of state and public control over the results.

Note the speech of a world-famous scientist, neurobiologist from the University of Oslo (Kongsberg Hospital) of Dr. Gernot Ernst, devoted to the study of morphological changes in the human brain depending on its psychological characteristics. Significant textured material shows that people with different moral attitudes develop brain sections in their own way. The discrepancies are insignificant, but are detected by detailed and in-depth research with the complex application of modern methods. From this it follows that individualists who adhere to the liberal idea of ​​“take everything from life” manifest themselves not only psychologically, but also physiologically. 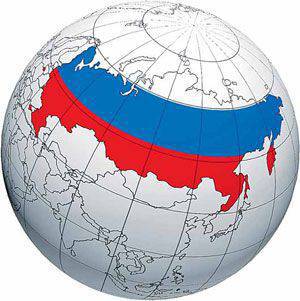 Associate Professor of the Department of General Psychology of the Moscow City Psychological and Pedagogical University, Tatyana Kuzmina, relying on extensive observations, showed that from the point of view of medical science, a terrorist has no nationality or even ideology. The psychological portrait of a suicide bomber or just an extremist is quite universal and is determined by a certain set of similar features of an individual, which determine his readiness for criminal self-sacrifice. Kuzmina stressed that recruiters do not use any special technologies. They work for vast masses in rather primitive ways, to which people morally and psychologically prepared to become terrorists react.

A great resonance and heated discussion was caused by the speech of the Director of the Center for Scientific and Political Thought and Ideology, Doctor of Physical, Mathematical and Political Sciences Stepan Sulakshin. In the report, “The Main Features of the Social Model of the Future,” he devoted considerable attention to analyzing the current state of Russian society in the context of the global situation, in particular, the country's participation in hostilities in Syria. And he tried to simulate the prospects for the development of our statehood for the next decade. In accordance with the forecast, internal tension will increase in our society within two to three years. This is already observed at present, despite the unconditional successes of the country's leadership in the foreign policy field. The president’s authority is growing, and society is fully supporting his initiatives. However, internal stress also increased (in arbitrary units by almost 30%). It is caused by unemployment, a decline in the standard of living of the population against the background of increasing incomes of bureaucrats and wealthy strata, a sense of instability and a gradual awareness by the main part of fellow citizens of the striking discrepancy between the vectors of the country's international activity and its policies in the economy, education, and medicine. Judging by the estimates, the level of tension in society is still low and amounts to about 25–28 percent of the critical level, at which spontaneous mass protests are possible that threaten to turn into a revolution. However, the situation will be aggravated, since effective stabilization measures in the country have not yet been taken. By 2018–2020, tensions can reach extremes. According to the forecast, Russia will inevitably expect big changes in the period from 2019 to 2022 - the question of the very existence of our country will be decided. During this period, the president will have to accept extremely difficult and at the same time historical decisions on the revision of the entire socio-economic system, as well as the organization of state governance in general. The general direction of the reforms in this critical period is most likely to be a return to the fundamental principles characteristic of the socialist system.

Extremely interesting were the reports on the state of education in our country, as well as the entire social security system. Associate Professor of MGIMO, Candidate of Historical Sciences Olga Chetverikova and Chairwoman of the “Family, Love, Fatherland” movement Lyudmila Ryabichenko devoted their speeches to this issue. They pointed to the inadmissibility of subordination to the Western control of the sphere of national education and science. In particular, it was said that the leadership of a number of leading higher schools in Russia includes foreigners. In some universities, the posts of vice-rectors for science are replaced by citizens of the United States and Great Britain. And these are institutions that train specialists, including for the Russian defense industry. Noting that the reform of the Russian Academy of Sciences had negative consequences, the speakers stated that the leading scientific centers were also led by citizens of other states pursuing a policy hostile towards Russia. In particular, one of the leaders of this sphere in Skolkovo is an American. It was also said that the assessment of the quality of scientific activity according to the citation criterion in foreign (mostly Western) literature actually contributes to the brain drain from Russia.

Chairman of the Presidium of the Movement for the Nationalization and Deprivatization of Strategic Resources Vladimir Filin pointed out that the law on advanced development territories, giving the right to head these entities to foreign citizens in conditions when the legislation of the Russian Federation within these regions can have limited application, leads to the sovereignization of such enclaves. And this is a threat to the integrity of the country.

On the whole, the congress passed under the sign of full approval of the foreign policy line of the Russian leadership with the recognition that domestic policy did not at all correspond to it, continuing in a number of key areas the Yeltsin-era line of subordination to Western control. This is especially unpleasant against the background of hopes placed by a large part of the world on Russia as the only real guarantor of the establishment of a monopolar world, which, in general opinion, is the main threat to humanity.

Ctrl Enter
Noticed oshЫbku Highlight text and press. Ctrl + Enter
We are
Way out of chaosNikolay Silaev, Andrei Sushentsov: Georgia after the elections and prospects for Russian-Georgian relations
27 comments
Information
Dear reader, to leave comments on the publication, you must to register.