December 8 2015
35
The brigade set of the Iskander-M complex, as well as dozens of units of other military equipment, entered the troops of the Southern District in November, reports MIC with reference to the press service of the Southern Military District. 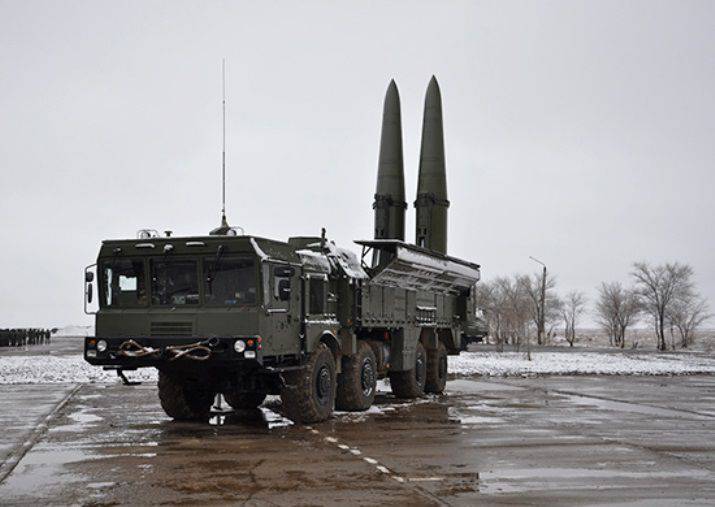 “In November of this year, more than 100 units of new types of weapons and military equipment, including the Iskander-M tactical missile complex, about ten aircraft (Su-34, Su-30CM, Mi-28, Mi-8 helicopters), over 20 units of motor vehicles, around 40 units of communication equipment ",
says release.

The press service noted that “in total, in 2015, as part of the planned process of modernization and rearmament, the Southern Military District troops should receive more than 1 800 units of modern and modernized models of weapons and military equipment.”

Ctrl Enter
Noticed oshЫbku Highlight text and press. Ctrl + Enter
We are
Innovation Day of the Southern Military District: Pictures from the ExhibitionSu-30M arrived in Kazakhstan!
35 comments
Information
Dear reader, to leave comments on the publication, you must to register.