Soviet participation in the reorganization of Japan

December 4 2015
25
В stories The Second World War, there are many unsaid and conscious omissions, especially if we talk about the Soviet historiography, from which Russian historiography originated. In particular, for political reasons, she held back the participation of the USSR in the European Paris Peace Treaty of 1947, often ignoring even its very existence. The reasons are clear - the Soviet leadership, in order to look good in the international arena, has forgiven Hitler's accomplices too much, ignoring the people's aspirations for just retribution. Another important topic that was diligently silent in the historical science of the USSR and modern Russia was the Tokyo process and the Soviet participation in the post-war reconstruction of Japan. It cannot be said that it was significant, but it is also strange not to mention it at all - at least for reasons of historical justice. 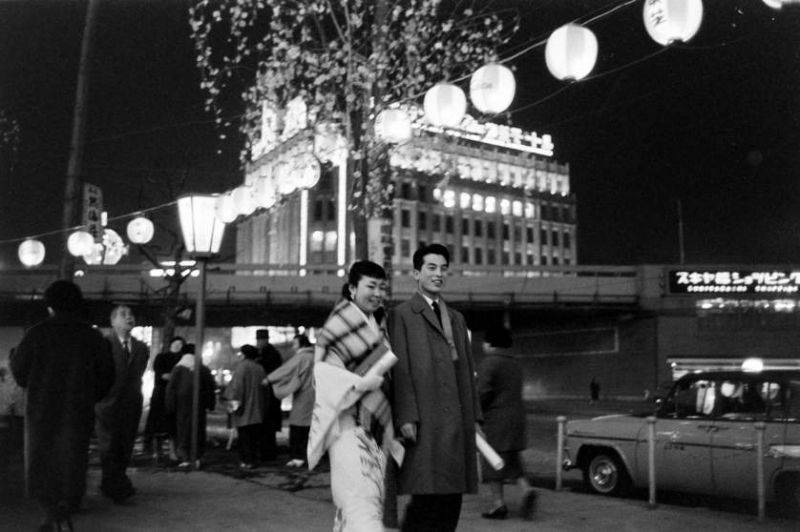 The Russian textbooks still often contain the phrase that Japan was occupied by some Americans. From this, the authors of such allegations directly or indirectly conclude that, they say, later, Tokyo became anti-Soviet and pro-American precisely because of this. In reality, it was a little different. Yes, on the four main Japanese islands - Honshu, Sikkoku, Kyushu and Hokkaido - approximately 350 of thousands of American soldiers from the occupying forces were deployed. But at the same time they were supported by thousands of British, Canadian, New Zealand, Australian military. The Soviet troops were on South Sakhalin and the Kuril archipelago, which were not even considered a colony of Japan, but a part of the country itself, where there were Japanese cities, railroads and factories. In addition, the USSR occupied the north of Korea, which, although it was a colony, was part of the pre-war Japanese state. So, in fact, the USSR had its own zone of occupation, which, with due skill, could give Moscow a weighty argument at the Allied consultations in Japan. 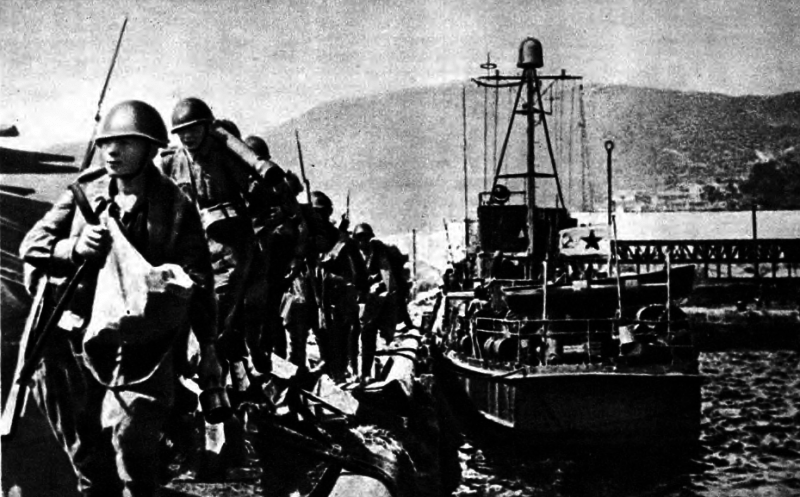 The population of South Sakhalin alone was estimated at 400000 — 500000 people, not to mention the millions of Japanese from Korea. Some group of Soviet military was present in the American zone of occupation, although here their power was minimal. By the way, China also had its occupation zone - this is Taiwan Island and the Penghu Archipelago, but the civil war in this country quickly led the Chinese out of the real players.

As we see, initially the conditions for bargaining with the Americans from Moscow were, although very limited. There were often only a few kilometers of sea straits between Soviet and American troops stationed on different islands. In this sense, by the way, it is worth mentioning some modern speculations in the Russian press regarding the Kuril archipelago and Hokkaido. So, the Kuriles were lost by Russia at all not during the Russian-Japanese war, as some authors even claim to quite authoritative publications, but several decades before and in a quite peaceful way. As for Hokkaido, which, according to the inventions of some journalists, was also supposed to be occupied by the Soviet Union, this is also not true. According to the provisions of the Potsdam Declaration, Hokkaido remained under the sovereignty of post-war Japan, and before that came under American control by agreement between the allies. Any attempt to take Hokkaido by force would inevitably end in confrontation with the United States, whose advantage at sea and in the air over the Soviet Navy was indisputable.

So, the USSR had its occupation zone, and its representative accepted the capitulation on the battleship Missouri, so a logical step was inviting him to the Tokyo process over the leadership of the Japanese empire. The main difference of this court from the Nuremberg trial was that there was not even the ostentatious equality of prosecutors - the Americans emphasized in every possible way that they were the main ones. Judges and prosecutors of other countries (Great Britain, Australia, the Philippines, the Soviet Union, New Zealand, India, France, the Netherlands, Canada and China) acted only as a kind of support team designed to give legitimacy to what was happening. The judge, Major General I.M. Zaryanov, spoke on the Soviet side; S.A. Golunsky (later replaced by A.N. Vasilyev) was appointed the prosecutor, L.N. Smirnov as deputy prosecutor. Among the charges brought was planning for a war against the Soviet Union. 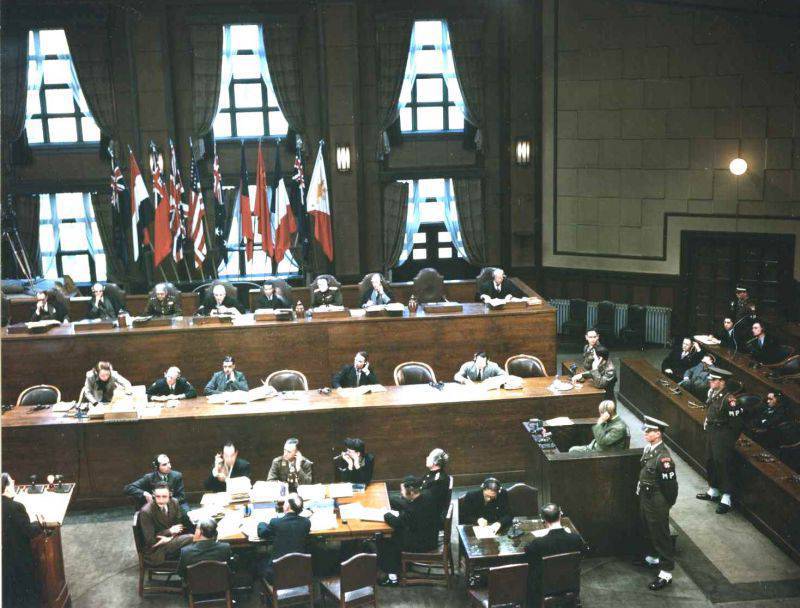 Since the fact of mass, and, importantly, organized terror against civilians and prisoners of war was beyond doubt (the evidence turned out to be more than enough), the question was only in identifying and punishing those responsible. The charges against the defendants were divided into three categories: “A” (crimes against peace, unleashing war), “B” (massacres) and “C” (crimes against humanity). Of the 29 defendants, 7 were executed by a court sentence, 3 did not survive to the end of the investigation. Among them, Hideki Tojo - Prime Minister of the Empire, during which the Pacific War was unleashed.

Of the 16 people convicted for life, 3 died in custody, and the rest were released in 1954-55, after the restoration of Japanese sovereignty. Some of them turned into big politics and re-occupied ministerial posts. This is by the way about when the “revision of the results of the Second World War” actually began. Nevertheless, the very fact of the Tokyo process and the Soviet participation in it remains for some reason a dark page for modern Russian society.

In general, it can be stated that with the onset of the 1950s, Americans decisively and firmly removed all former allies from participation in the internal affairs of the Land of the Rising Sun, which became the same American vassal in Asia as the United Kingdom in Europe or Israel in the Middle East. In order to restrain Japanese politicians, who still remembered the glorious days of independence, they were forced to impose two treaties that bound them hand and foot. The first is the San Francisco Peace Treaty, which left the southern islands in perpetual American occupation. The second is the original version of the US-Japan security treaty, which provided for the direct intervention of the US Army in the internal affairs of Tokyo, if Washington deems it necessary. By the time these provisions were liquidated, two decades had passed, during which a new generation of Japanese politicians focused on the United States of America had grown.

The possibilities of Moscow in the new pro-American Japan turned out to be even less than in the independent imperial Japan of the past. Was there a chance to avoid such a diplomatic fiasco? Hypothetically - yes, he was. But what was done was done. Although the economic relations between the USSR and Japan improved, Moscow throughout the Cold War was forced to keep numerous military units on the island of the Far East in anticipation of the Japanese-American invasion. It was the alliance of Tokyo and Washington and, to a lesser extent, the Kuril issue, that led our countries on opposite sides of the barricades.

Ctrl Enter
Noticed a mistake Highlight text and press. Ctrl + Enter
We are
“Wrapped up in battens” Birger and others like him against modern Russian historiographyForgotten results. About the Peace Treaty in Europe 1947
25 comments
Information
Dear reader, to leave comments on the publication, you must to register.