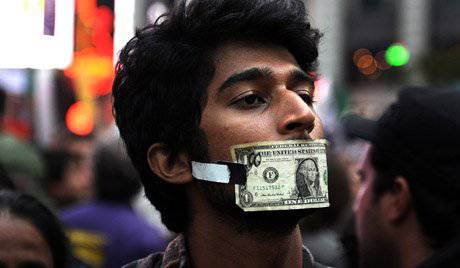 In the United States, President Barack Obama has been booed by the participants of "Capture Wall Street". He decided in New Hampshire to give a speech as part of a pre-election tour, but there were others in the hall besides his supporters. Obama's self-control quickly brought the people to their senses, and he managed to keep the attention of the audience. The President of the United States has promised to take into account the interests of the broad masses, including the participants of "Capture Wall Street".

Obama acknowledged that unemployment and financial problems of many residents of the United States deprived of faith in the "American dream." According to Obama, this must be fought. However, in the next day, the president will have to fight against Republican congressmen. A special committee of the Congress cannot decide on whose account the budget deficit will be reduced. A compromise must be reached before tomorrow. Otherwise, the budget will be cut down automatically - and equally due to the social and military sphere, reports Russia-24 channel.
Military Reviewin Yandex News
Military Reviewin Yandex Zen
12 comments
Ad