Azerbaijan. With whom and against whom will we be friends? 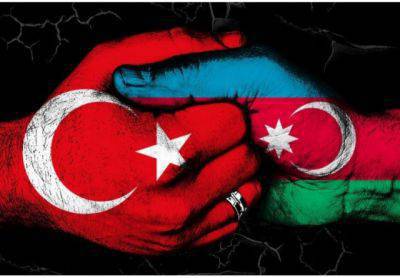 In the light of recent events, we became interested in even those states that were always in the shadow. Syria, Iran, Turkey, Russia, Armenia ... All but one of them are mentioned in the comments. Namely, Azerbaijan. But this is a state with 9-million population. With a developed economy. A state with large reserves of oil and gas. And in addition to the whole state, 90% of the population of which are Shiite Muslims. In the Middle East, this is an important aspect.


So, regardless of our attitude to this country, it is necessary to consider the internal situation there. Soberly. If possible without categorical ratings. We need to understand what awaits us from this side. What can we expect from the politicians of Azerbaijan. Immediately answer the skepticism of some readers. It seems that Azerbaijan is too tied to Russia economically to become an unfriendly state. As life has shown, economic relations are not always at the head of politics. It also happens that politics dominates the economy. We are just now seeing in all its glory and with special effects.

So, what is Azerbaijan today? A secular state with a fairly high standard of living. Especially when compared with other former Soviet republics. Although the growth rate of the economy today has slowed down compared to the beginning of the 2000-x, but still quite high.

Exports mainly consist of hydrocarbons. Almost 90%. But there is still cotton, machinery, food. Imports - almost everything except hydrocarbons. Moreover, exports are several times higher than imports. In short, a country of moderate means. Focused mainly on the export of natural resources. But providing itself with products of agriculture, engineering, chemical industry.

Much more interesting internal processes. The processes that occur in people's lives. How does society and the consciousness of people. This is a little more serious.

After the collapse of the USSR, Azerbaijan, like other republics, lost its ideological core. Communist education was dismissed, and other organizations and other values ​​took over.

But, unlike other post-Soviet republics, religious organizations very quickly occupied an ideological niche. Fortunately, this did not happen in Russia. Islam and Islamist organizations have engaged in literally everything in Azerbaijan. Starting from the organization of Islamic schools and ending with the creation of Muslim medical centers. And the prices in these organizations were often several times lower than in state or private ones.

Slowly, as if in passing, Islamic organizations have become not only the spread of centers of religion, but also in the ideological centers. People came to the mosque, as once in the clubs and palaces of culture.

It cannot be said that the government did not see the rise of Islam. Seen perfectly. She even tried to oppose this reinforcement. Heydar Aliyev at a meeting of the Milli Majlis even okorotil Islamic preacher, when he read verses from the Koran.

However, the government lost the fight. And soon the people began to pray in mosques. And the former party activists turned into ardent preachers of the ideas of Islam. Even obvious provocation of power in relation to the Islamists did not help. Islam won.

In a huge number of mosques began to be built. Donated to this construction, not only ordinary people, but also the oligarchs. Mosques appeared like mushrooms after rain. Even in places where they have never been. In addition, they began to revive the cult of the religious righteous. They began to restore the mazars. There are places of worship.

The next step in the spread of Islam, I would call the appearance of Wahhabis on the streets of Azerbaijani cities. It's easy to distinguish them. Bearded young men in short pants. And among them mullahs began to wear very revealing exactly the same clothes as their Iranian counterparts.

This appearance gave a signal to intelligent people to understand the simple truth. Wahhabis supported the followers of Imam Ali from Iran. Especially in the southern regions of Azerbaijan.

But Sunni Azerbaijan received nourishment from abroad. If you look at the mosques of Ganzhi, Nakhichevan, Yevlakh, it will become clear that it could not do without foreign money.

And then something happened that was supposed to happen. The majority of Muslims, as well, and most of the representatives of other religions previously not particularly interested surahs of the Qur'an, began to scrutinize it. And it turned out that much of what Islam says is completely alien to modern society. The commandments of Allah are forgotten (and they are not different from Christian ones). The state, instead of living according to Islam, lives according to some completely wild (from the point of view of Islam) laws.

Today, mosques are mostly young. Educated, active, but not found justice. In this, by the way, some religious leaders see the reason for the departure of their entire families to Syria. People want to live in Islam. Among muslims And even the war does not scare them.

To summarize what I wrote above, it turns out quite an interesting picture. Currently, Azerbaijan is turning into an Islamic state. It is Islamic. So far, Islam has not become a political force. There is no leader there capable of raising Muslims to the political struggle. But it should appear. And then the Muslims will win the election. Win the state.

And the existing authorities have almost no levers of pressure. The social crisis and the absence of a clear and understandable state ideology do not contribute to the love of power. And to this should be added a huge number of young, but received a good Muslim education abroad, preachers.

But the main question, which is now of interest to the Russians, still sounds different. Whose side will Azerbaijan stand in in the Russia-Turkey conflict? Will Erdogan manage to incline the country's leaders to an alliance against Russia? How will the Karabakh crisis develop?

It seems to me, no economic relations with Turkey, no contracts and agreements will not be able to make Abulfaz Aliyev oppose nascent Sparky Russia - Iran. Rather, the people support the cause, even if purely political, that union. So Islam is our ally today.

Pure Middle Eastern alignment. Turks and Azeris are actually one people. But the Turks are mostly Sunni, and the Azeris are Shiites. In the East, this is almost enough for some disagreements, as the Syrian events have shown. Shiite Iran, a neighbor, and a good one, by the way, for Azerbaijan is today Russia's ally. Yes, even what.

It turns out an interesting position. Azerbaijan is closer to Turkey. Religious - to Iran. Then dots and desire to get acquainted with the results of the visit of Turkish Prime Minister Davutoglu to Azerbaijan.

The media has leaked information that Davutoglu will discuss not only increase energy supplies from Azerbaijan, but also address the issues of the Karabakh conflict.

Yes, and Erdogan made statements on this topic. And he allowed himself sharp remarks against the Armenians. An attempt to "splash gasoline on old coals"? We'll see.

But most likely, the crisis in Karabakh will remain in a “frozen” state. Under the conditions of military confrontation, no one would risk starting his "little war". Too great danger of falling under the distribution between the high and mighty.

But in general, Azerbaijan is actually standing in front of the grandiose changes. The Islamic party is really created there. Although not registered. What for? The main thing is that she has more and more supporters. What will happen next, time will tell.

In general, the choice is not very. The small country is being drawn by the Turks into large showdowns as an ally. Do we need it for Azerbaijanis? Which, incidentally, is not too pleased with today's leadership. In any case, they have a choice.