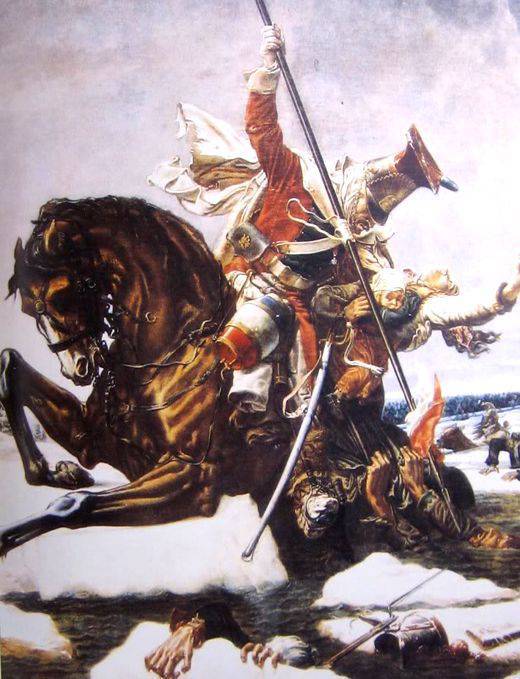 November 26 is a good day - the anniversary of the end of the battle on the Berezina, in which Napoleon Bonaparte’s "Great Army" invaded Russia was finally defeated. November 26 1812 of the year approached about 30 of thousands of soldiers and officers who were still able to fight and keep a line, and also - from 40 to 50 thousands of wounded, sick, frostbitten and weakened from hunger. And when on November 29 Bonaparte ordered the bridges to be burned, there were only 15-20 thousands of French and their allies on the west bank, of which only nine thousand were relatively combat-ready. The rest either died or could not cross and were doomed to a quick and inevitable death.

Thus, the irretrievable losses as a result of this disaster ranged from 50 to 65 thousand people or 70-80% army personnel. Such a huge damage in such a short time the French troops have never carried for all their history. Even Borodino on this background looks more modest and "more humane." Not surprisingly, since the word "Berezina" for the French sounds about the same as for the Germans, "Stalingrad". The expression "C'est la Bérézina" in French means a complete collapse and catastrophe.

At the same time, the Russian army lost only six thousand people, that is, 10 times less than the enemy. Nevertheless, the attitude to this epoch-making victory in Russia, without exaggeration, was rather ambiguous. Many considered it almost a failure and accused the commanders of the Russian troops of Chichagov and Wittgenstein that they did not completely destroy the French army and did not capture Napoleon himself, although they allegedly had every chance for that.

It got to the point that they scoffed at Chichagov frankly, they sarcastically called him "Napoleon's savior" and eventually forced him to leave Russia. Wittgenstein from such a fate saved the reputation of the savior of St. Petersburg, but he also received his share of criticism, including from the commander in chief Kutuzov. In general, everything is as usual. If the situation is deplorable, then the most insignificant (sometimes even fictional) success is often praised to the skies, and when things are going well, people want complete and absolute triumph, and they begin to mock those who have not provided this triumph. 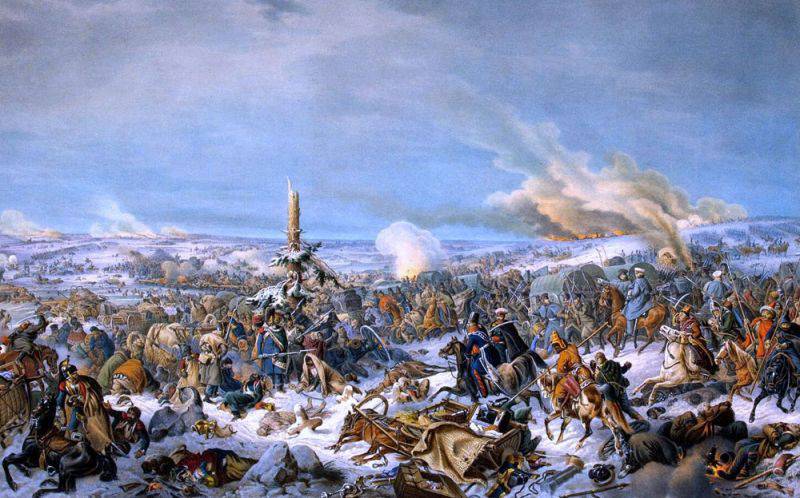 Russian army on the Berezina. Painting of the Bavarian battle-painter Peter von Hess. 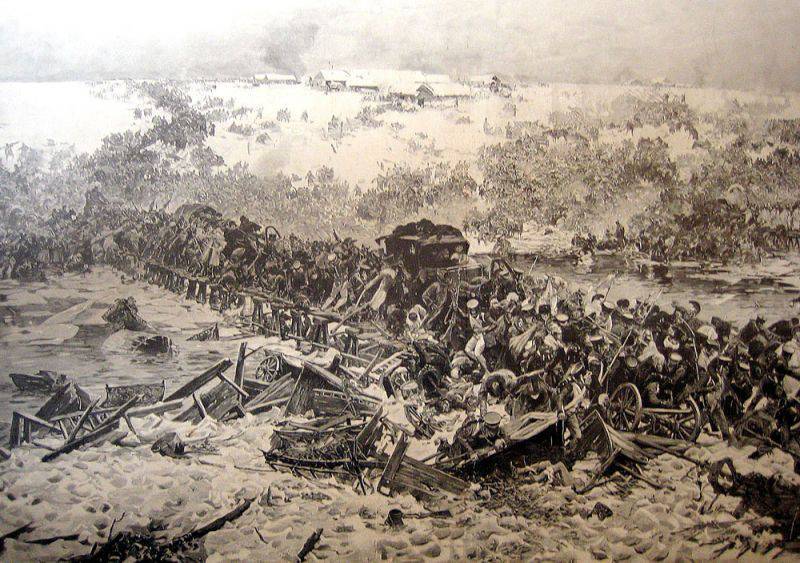 Picture by Polish artist Julian Falat "Bridge over the Berezina". The author managed to very graphically depict the chaos that was going on at the crossing.

The picture of another Polish painter, Wojciech Kossak, shows the retreat of those who managed to cross the Berezina. Almost all of them will soon die of starvation and fierce frost in December 1812. 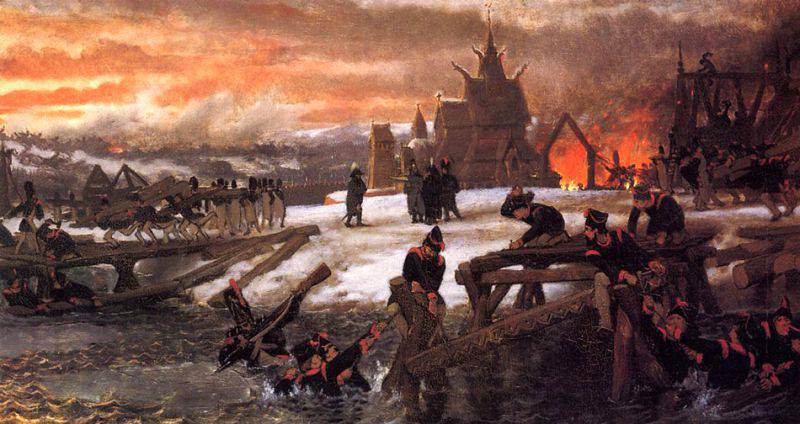 The construction of bridges over the Berezina by French sappers. Of the 400 people who had to work in icy water, only nine survived. 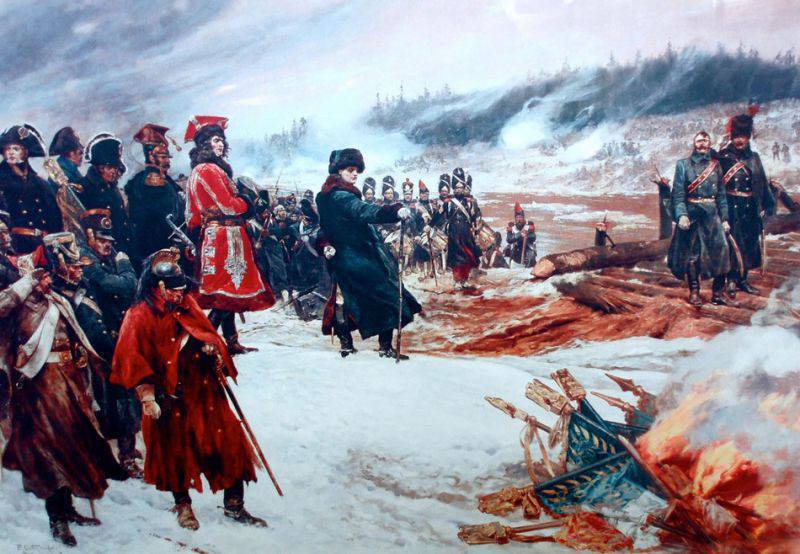 Napoleon on the Berezina is watching the burning of the banners of his dead regiments. Painting by English artist Richard Cayton Woodville. 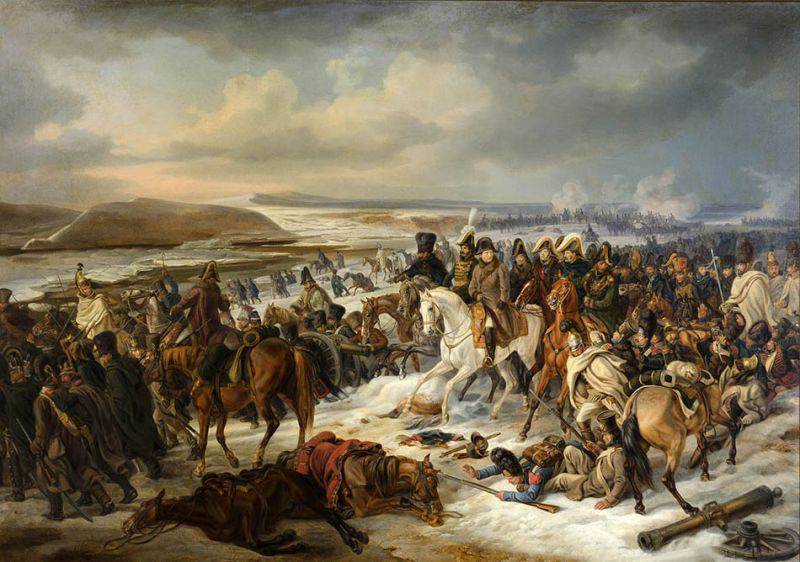 Napoleon and his retinue drives up to the Berezina. Picture by Albrecht Adam. 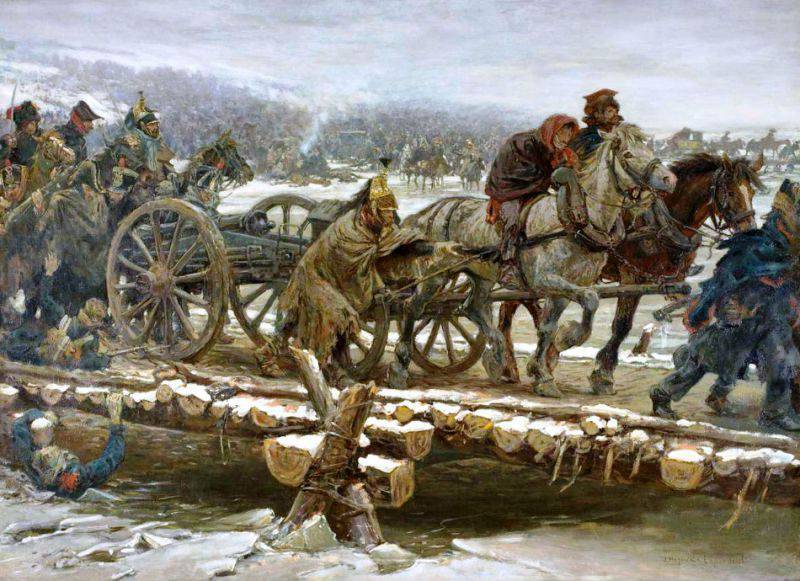 Another Dutchman painting by Jan Hoinck van Papendrecht depicting the French crossing on the icy bridge over the Berezina. A fall into the water is a guaranteed death, despite the fact that the depth of the river at this place did not exceed one and a half meters. 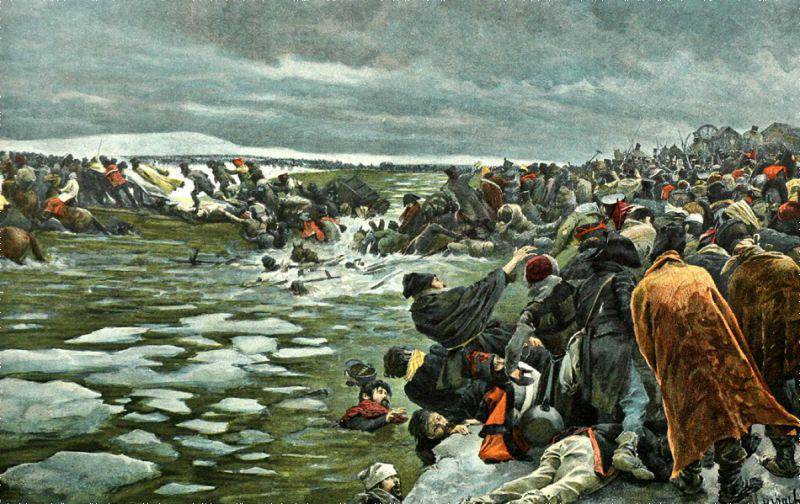 Huge crowds crowded the crossings on the eastern bank, along which Russian artillery beat. Many, having lost hope of getting on the bridge, tried to ford the river without thinking about the consequences. 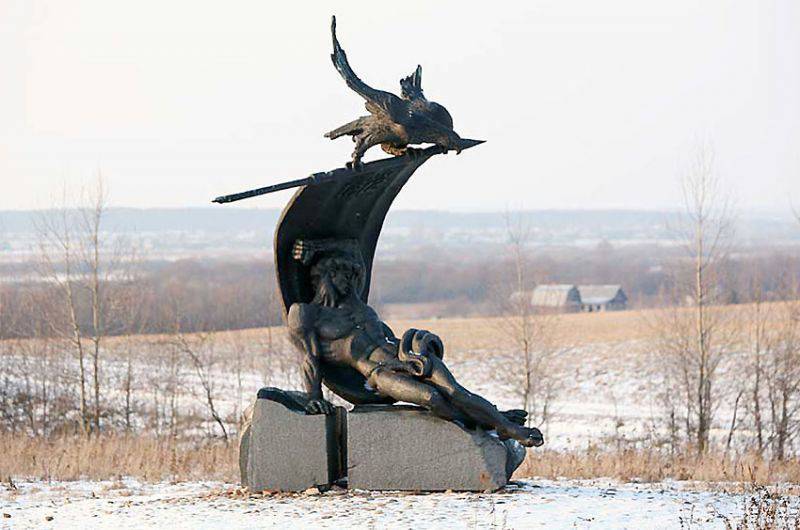 In the 2012 year, to the 200 anniversary of the Berezinsky battle, a monument was erected near the crossing point of the remnants of the “Great Army”, which the locals call the “naked peasant” without much pietism. The monument was made with the money of Switzerland, which lost about 1000 of its citizens in this battle. The French somehow stingy.

Ctrl Enter
Noticed oshЫbku Highlight text and press. Ctrl + Enter
We are
From "Navarin" to "Borodino"Borodino (remarks and opinions on some issues)
Military Reviewin Yandex News
Military Reviewin Google News
35 comments
Information
Dear reader, to leave comments on the publication, you must to register.