US continues to transfer military equipment to Eastern Europe 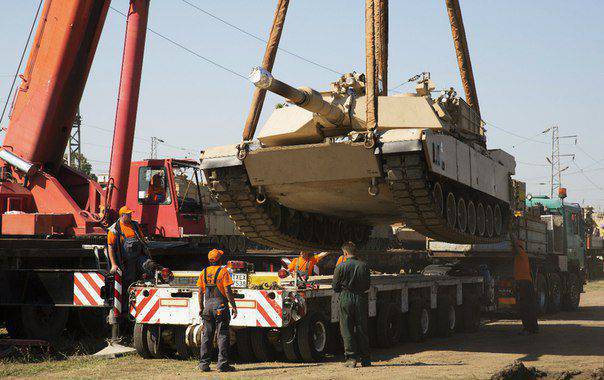 The transfer of US military equipment is carried out as part of a mission called Atlantic Resolve. In total, according to the program for the transfer of military equipment to Eastern Europe, the United States plans to send about 10 thousand tanks, Armored personnel carriers, infantry fighting vehicles, artillery installations, etc. The main part of the military equipment, which should be in Romania, Bulgaria, Lithuania, is currently located in Germany.

Otherwise, as a blatant provocation, it is difficult to call the actions of the United States in Eastern Europe. Usually, after Russia is going to take retaliatory steps (for example, steps to deploy Iskander operational tactical complexes in the Kaliningrad region), the “partners” get hysterical in the style of “But why should we? ..”