Goals and objectives of the "political aikido" of the Kremlin 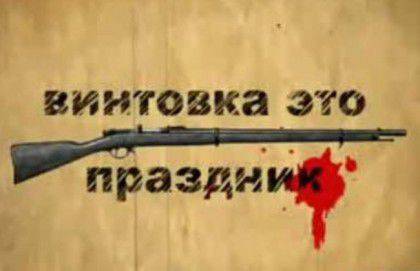 ... to win, we must be the last to come to this carnival

For an adequate perception of the world in all its complexity and completeness, it is extremely important to have not only a developed conceptual apparatus, but also high-quality methodological tools.

And if you do not want to engage in a pleasant, but useless, self-deception in the style of “I want to see the world like this”, but you want to have a more or less objective perception, then you will not find a better Marxist (only scientific-based) methodology of knowledge.

The trouble, by the way, is that many modern “leftists” are often completely devoid of this very methodology, with the result that some of them have come to the support of the ultra-right coup in Ukraine.

The trouble of some other “leftists” is that they are sectarianly fixated on several dogmas more than a century ago, and do not perceive Marxism in its entirety, taking into account the works of all followers of Marx, who actively developed the theory and methodology, starting from Erich Fromm and ending with Immanuel Wallerstein.

Meanwhile, it is Wallerstein's world-system analysis that allows us to understand global processes occurring on the planet with piercing clarity.

There is a hegemon of the imperialist world-system (USA), there is a handful of its satellites (they are methodologically incorrect to call them allies), together they form the Center (or core) of the world-system. And there is a challenger challenger (China) and the oppressed countries of the periphery.

Applicants could also be the EU and Russia, but the EU lacks subjectivity (including due to lack of structure and excessive heterogeneity), while Russia lacks the power of the economy (it has not yet managed to recover sufficiently after the period of colonial robbery that followed destruction of the USSR).

Russia and Iran (the two countries that do this most pronounced) are trying to get out of the imperialist world-system by implementing the “mercantilist half-move”. Unlike complete isolation, which is destructive because it blocks access to new technologies, the mercantilist semi-withdrawal implies continued scientific and technical cooperation while minimizing the country's participation in disequilibrium exchange (within the WTO).

From this point of view, economic sanctions against Russia are working for Moscow in the implementation of this strategy. And Washington, on the contrary, is frankly “stupid,” because in the interests of the mechanisms of exploitation and non-equilibrium exchange, it would not only be to continue lending to the Russian economy and importing goods of a high degree of redistribution, but also to strengthen such involvement. Instead, the White House is doing everything to weaken its influence in Russia.

a) trying to weaken potential competitors, realizing the strategy of destabilization and chaos of the planet;

b) “merges” one satellite after another, because it is already a pity for him to implement this strategy of his own resources, and is clearly not enough.

Being a satellite of the hegemon and being among the countries of the core of the world-system in such periods becomes very expensive and dangerous.

All this has been repeated many times in stories with small variations, and beautifully described by the same Wallerstein in the age-old cycles of hegemony. The only difference in the current cycle is that if previously a hegemon change usually ended with a local war (or even one battle), now, due to the increased globalization of the world-system, many more countries are involved in this process, and (as at the end of the previous cycle) hegemon "draws" a new world war.

Russia in the confrontation between the United States and China plays the role of a “golden share” that can turn the tide of events in one direction or another.

The United States, instead of trying to negotiate with the Russian elites (and theoretically it was up to the 2008 of the year), tried to “bend” them, as a result of which they themselves pushed the Russian leadership toward an alliance with China. Again, all attempts by the US to drive wedges between the Russian Federation and the EU, only strengthened China’s strategic importance for the Russian economy. We can confidently say that the leadership of the United States (starting with Bush Junior) surely failed all that one could fail, and did everything in the worst way.

Based on this, the optimal strategies of the main players look like this:

1. China’s strategy is to wait until the United States exhausts itself and weakens in confrontation with Russia and its allies (Iran, Syria, Venezuela, Cuba, etc.).

However (to the question of whether China will help in the event of a direct attack on Russia), the final fall of Russia to China is also not beneficial, because then the US will have access to Russian resources, and China will lose it. Therefore, China is more likely to intervene, but only when it sees that Russia itself cannot cope (or, alternatively, when Russia's victory will be already apparent). Last time, the United States itself used such a strategy during the First and Second World Wars.

2. Russia's strategy is also to wait until a closing window of opportunity for the United States forces Washington due to lack of time and resources to attack China, without achieving a result with Russia. Wait, giving only the minimum necessary resistance, because only this strategy will minimize the consumption of resources and human losses.

All the talk of “sofa experts” that “humiliate Russia”, “spit” somewhere and “need to bang” is either psychological immaturity at the pubertal level, or overt provocation of conscious pests playing on the side of the enemy.

Goals of the Russian leadership:

a) to lead the country with minimal losses through this extremely difficult period of its history;

b) enter the stage of ending the conflict with sufficiently strong positions to actively participate in the post-war repartition of the world (if so, what to divide).

All the rest is an empty “lyrics”, interesting only to “vyunosha with burning views” and other clinical imbeciles.

Those who first mindlessly throws themselves into a fight, usually otgrebayut most. Saakashvili can confirm.

3. The US strategy is to weaken Russia and China “at the expense of others” with the help of their satellites and puppets who are ruthlessly sent for slaughter for the sake of it (it is painful to be a puppet of the United States). And, ideally, make surrender or finish off the weak.

Georgia, as a result, has already lost part of the territory (and Saakashvili is forced to ride in Odessa, and not drink wine in Tbilisi). Egypt so far has managed a simple change of power, to a less loyal US. Ukraine has already been brought to the actual fallout into the pre-industrial phase (the “development” language does not turn to be said). Saudi Arabia is also actively merging. Next in line are the Baltic puppets and Turkey. EU countries so far suffer only economic losses, the influx of refugees and lonely terrorist attacks.

As my colleagues say, "The United States takes all its satellites in turn to make a shot in the leg." Sometimes, however, it turns out that in the head.

By a combination of economic and technological factors, the window of opportunity for the United States closes in 2018. And they are already significantly out of the schedule: Syria has been holding for two years longer than planned, and in Ukraine it was not possible to achieve the objectives set in full. So, if within a few months (up to a year) Washington fails to draw Russia into a full-scale war, then it will have to willy-nilly to switch to China. Or admit defeat and abandon claims of hegemony (which, given the degree of inadequacy in the American establishment, is extremely unlikely).

Therefore, all actions, both of Russia and its allies and opponents, should be assessed exclusively within the framework of this scenario. Minsk has allowed us to stretch for almost a year, Syria has already donated a few extra months. Time remains less and less, but the tension in the remaining months will be higher.

PS Any attempts to increase internal tension, starting with whining, defeatism and stories about “humiliation” and ending with organized liberals of Navalny with “truckers’ revolts ”, in the coming year, I personally will regard it as aiding the enemy. And in this case, it is not so important, cynical grant-eaters or “useful idiots” are attempting internal destabilization in the face of external danger. I'm sorry.

Therefore, the immediate task of the true patriots of Russia, regardless of political convictions, is to maintain calm and love for Russia.