HSE Formula of Concern: “Either Caliber, or Education and Medicine”


This is one of the mottos of the National Research University Higher School of Economics - one of those universities that emerged after the collapse of the Soviet Union. 27 November HSE celebrated its 23 birthday. Noted, of course, recalling the founding father Egor Gaidar, who signed the government decree on the creation of the Higher School of Economics in November 1992.

Through 4 of the year (1996), after its creation, the institution received the status of a state university, and through 12 this status increased to the level of a Research University subordinated to the government of the Russian Federation.

At the present moment, the senior management of HSE is as follows: 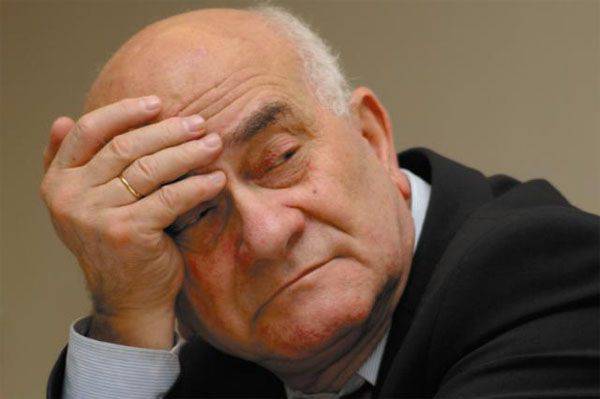 university rector - a member of the economic councils under the government and the president of the Russian Federation, deputy of the Moscow City Duma, one of the co-authors of the idea of ​​enrollment to the university on the basis of the Unified State Exam indicators, editor-in-chief of the Issues of Education magazine, part-time husband of the Central Bank head Elvira Nabiullina Yaroslav Kuzminov;

As you can see, the managerial mix is ​​truly impressive - from the leadership of non-profit NGOs-foreign agents to people involved in the “development” of education through its bombardment of the USE and the system of attracting foreign specialists to the training of Russian teachers. From liberal missionaries and pre-default ministers to members of the council under the president and the government, with a membership card of a member of United Russia.
Some kind of amazing fusion ... Something from the incredible series of "Red Black Hundreds" or much more likely "anti-state statesmen"?

A few weeks before the celebration of the university’s next birthday, the rector of the Higher School of Economics, mentioned by Mr. Kuzminov, thinking about the difficult economic situation, said: all recent events will entail negative changes in the Russian economy and budget structure. AT RBC A report was published, the authorship of which belongs to the rector of the university and several of his colleagues. The submission states that low oil prices and effective anti-Russian sanctions are the main macroeconomic problem of building a federal budget, and that the state apparatus increases spending on the defense industry, while trying to carry unpopular reforms, including raising the retirement age, for later. Further, launches of Calibr missiles are suddenly mentioned, which, as it were, do not give the state the necessary amount to finance education and health care ...

Interestingly, specialists of the Higher School of Economics speak about such a combination. Their track record rests on serving the interests of investors of the Liberal Mission, or in managing the country's economy in such a way that it has already once gone down to the level of default, to the level of "no rockets, no education. "

Of course, reducing the level of funding for education and health can hit the country's defense, but why in the HSE immediately recall the “Gauges” and the defense component of the country as a whole? It turns out that the faculty, the army of advisers from the leading (as he says about himself) economic institution of the country, which is also under the jurisdiction of the Russian government, are not able to offer state institutions any other approach to finding a balance in budget expenditures except for the formula reduce funding for the defense industry, so as not to reduce funding for education and medicine? Like, if you stop “scattering” cruise missiles, then with education and medicine, we will immediately have everything “about kai” ... Apparently, other resources to balance in the expenditure side of the budget, apart from the need to step on the defense industry’s throat, the country's leading economists do not find condition. Sadly ...

And, by the way, why at one time, when the current scholars from the HSE leadership were directly at the helm of the state, did Russia actually have no defense industry, no army, no social sphere? Why (in a strange way ...) exactly the mechanism that allowed to bring truly astronomical capital out of its richest country, including the mechanism of barbarous privatization, was implemented? But the implementation of the very mechanisms involved people today declaring that the economic model of modern Russia needs to be urgently reformed. Of course, it needs to be reformed, but that’s why it’s solely due to a reduction in spending on the state’s defense potential in modern, to put it mildly, conditions far from cloudless for the country's security. One doesn’t give rest to the status of ZATO - they offer to remove additional financing, together with the security component, others are sharply agitated by the “Gauge” ...

Justifying its failure (although why failure; perhaps for someone it was an achievement - fulfilling the very liberal mission) 90's, economists at the HSE say that, they say, we were not allowed to finish the reforms ... They say time was lost , it was necessary to provide an opportunity to bring the work to completion.

Yevgeny Yasin:
The time that has passed without urgent reforms can be considered lost.

Oleg Zamulin (Dean of the Faculty of Economics, HSE):
I am afraid that as soon as the next reforms really begin, resistance will immediately begin, and as a result, they will not be brought to the end again and will be distorted in essence.

In general, the reforms, it turns out, were distorted, professional economists were tied up by the people who did not understand, whose representatives in the country in general, according to some professional economists, became too much per one “understanding expert”. That is why, they say, it is necessary to choose between education and “Caliber” ... It would not have been tied up by the “professionals”, everything would have been much simpler: neither medicine nor Caliber, in addition terrorist activity from the North Caucasus to Moscow ...

But there would be more "correct" works of HSE staff! Works that should be conducted by the state and society along the line that will definitely give the country "every chance".

One such work came as the lead scientist of the International Center stories and the sociology of the Second World War and its consequences at HSE of the historian Oleg Khlevnyuk. 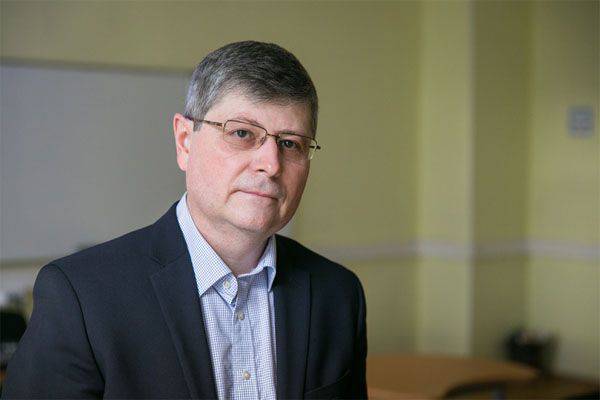 If there is interest, the reader may suggest which topic the work was devoted to. One clue: for him the Doctor of Historical Sciences Khlevnyuk received the “Enlightener” award established by the notorious Dynasty Foundation (in May 2015 was included in the list of non-profit NGOs, and in July, just decided to change the sign to try to avoid having to be considered NGOs acting as foreign agents).

Answer: Mr. Khlevnyuk's work is dedicated, well, of course, to the “bloody Stalinist gebna” ... And what else could a book be given to which the prize is given on behalf of the NGO foreign agent? Well, not about the industrialization and the victory of the Soviet people over fascism ...

Khlevnyuk about the book (material taken from HSE official site):
I followed the documents, and therefore could not please everyone.

People want to believe that terror is able to defeat corruption and revive social justice. Even some (fortunately, few) historians play up to these sentiments. They reanimate the old “revisionist” schemes about the “weak dictator”, about the spontaneous terror unleashed by the self-serving party bonzes, to which the leader had only some relation.

All this is completely untrue. To understand what happened in the USSR in 1920-50-s, it is important to realize: Stalin was more than a strong dictator. He led the terror, signing plans for arrests and executions of people in each region. He encouraged, but at the same time controlled the process of over-fulfillment of these plans, contributing to the incredible unwinding of the flywheel of repression.

In general, as you can see, the cost of a million first edition of the "Stalinist clawed hand" on behalf of all sorts of "liberal missions" and "dynasties", as well as direct contacts with them, for the university, which is administered by the government, look more priority and information more significant than real work on the development of the financial and economic system of a huge state, the vital necessity for which is to build both the social sphere and the security system.