November 27 2015
23
Not far from the village of Uchkeken in the Malokarachayevsky district of Karachay-Cherkessia, the police destroyed a car with a militant in it. Police officers of the North Caucasus Federal District were chased by a car from Kislovodsk. Near Uchkeken, a car with militants turned out to be around 5: 00 Moscow Time. Information Agency TASS cites the text of the statement of the official representative of the Ministry of Internal Affairs for Karachay-Cherkessia:
Автомобиль criminals Employees of the Main Directorate of the Ministry of Internal Affairs for the North Caucasus Federal District pursued from Kislovodsk when the police of Karachay-Cherkessia attempted to stop the car, unknown persons opened fire, and the car exploded as a result of the return fire. 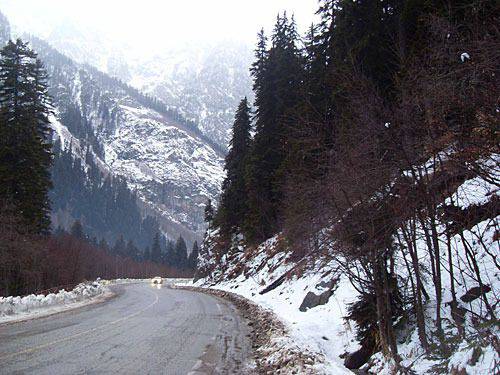 According to the employees of the Ministry of Internal Affairs for Karachay-Cherkessia, the explosion of the car occurred due to the fact that the VAZ-2109 had a gas cylinder in it which could make up the fuel system.

The press service of the National Anti-Terrorism Committee has not yet commented on the events in Karachay-Cherkessia.

Ctrl Enter
Noticed oshЫbku Highlight text and press. Ctrl + Enter
We are
The situation in the south-east of Ukraine. Chronicle of events. 3 MayTest of the North Caucasus on the economic viability, or the Day chairs - in the evening money
Military Reviewin Yandex News
Military Reviewin Google News
23 comments
Information
Dear reader, to leave comments on the publication, you must to register.