Forgotten results. About the Peace Treaty in Europe 1947

November 27 2015
13
В stories The Second World War, there are many events that simply fell out of public consciousness, although formally there is no prohibition on their announcement. It would not be a mistake to say that in our mass presentation of history there are “forgotten pages of victory”, which, upon careful consideration, are typed in a whole weighty folder. Thus, the mention of the Paris Peace Treaty 1947 of the year, which the Allies concluded with the former Axis countries in Europe (with the exception of Germany, which at that time disappeared as a subject of international relations), was imposed an inexplicable unspoken taboo. You can even specify specific modern school textbooks in the Russian Federation, in which the treaty is not mentioned even once, although in the same publications there are detailed descriptions of the Potsdam Conference, the settlement with respect to Austria and the Nuremberg process. 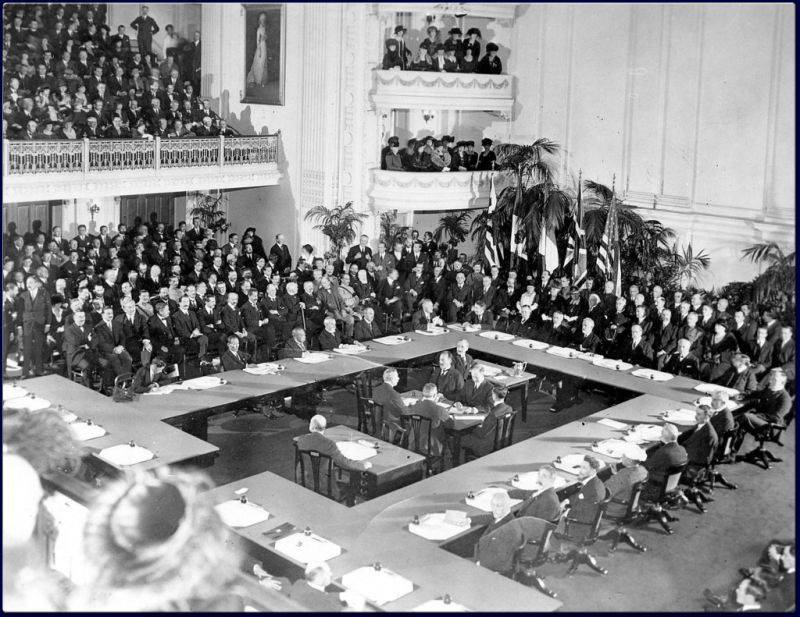 Why this happened, we can only guess. Either after the unconditional surrender of Germany, it seemed to someone that the Soviet and then the Russian population would not understand a softer attitude towards its allies. Either the event seemed insignificant and unworthy of school history textbooks and references in the mass media. So it happened by chance. When searching for information on the most important European treaty, any researcher almost immediately stumbles upon an extremely scarce number of information about the preparation and signing of the document. Moreover, there are practically no maps on it, even when searching in the national segments of the Internet: Bulgarian, Romanian, Hungarian. What explains such a mysterious phenomenon is completely incomprehensible, although it can be assumed that its provisions are so openly violated that the yellowed papers prefer to hide away to avoid.

In the victorious 1945 year, the allies faced a logical question of what to do with Hitler's European allies. The scheme that was applied to Germany (together with Austria) and Japan (together with Korea and other territories) was no good here - the Allied powers sought to resolve the issue as soon as possible and close the topic in order to focus on more important matters. The losers, for obvious reasons, were interested in the same. The main provisions of the peace accords were agreed at the conference, which took place in the French capital from July 29 to October 15, 1946, and the signing itself took place on February 10, 1947. Record terms, given, especially, the fact that the Americans peacemaking for the Pacific Ocean made as many 6 years and as a result, it gave rise to such strife that would be enough for a dozen wars ahead. So Paris can be considered a triumph of diplomacy in general and Soviet diplomacy in particular.

The Paris Peace Treaty is in fact a system of allied treaties with each former Axis country separately. The loser dictated the peculiarities of their new state structure, imposed territorial and financial penalties. In exchange, in the form of a consolation prize, Hitler’s allies were offered membership in the United Nations. The experience of a mass peace treaty was applied by the Americans 4 a year later with a similar settlement with Japan and the new states in the Pacific.

Meanwhile, the significance of the Paris Peace Treaty for the stability of modern Europe is very great, if not to say absolutely. For example, it is to him that many borders of the continent owe their modern look.

Italy is one of the countries that were not punished too harshly. So, its border with France only slightly changed in favor of Paris, and if it were not for the war, then one would have thought that the usual demarcation had passed. Concessions in favor of Yugoslavia were more significant. 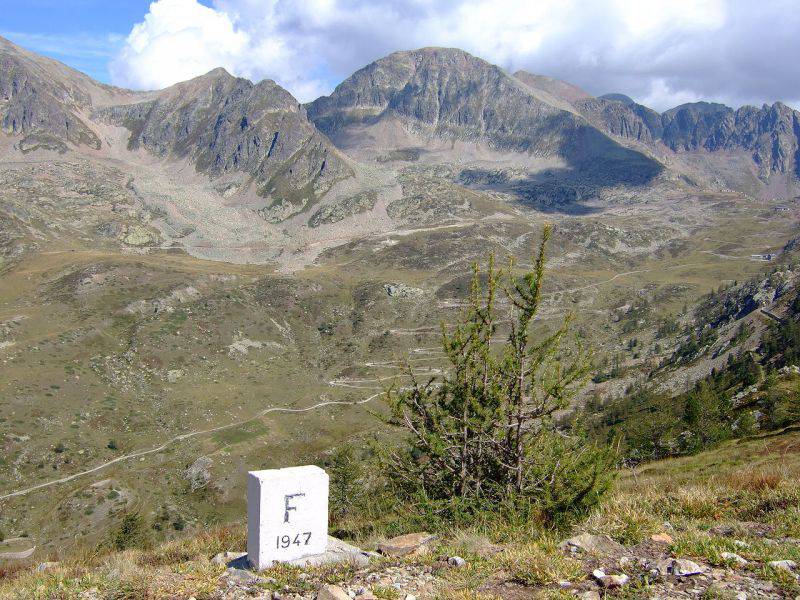 The border of Italy and France today

Rome also lost islands in the Aegean and all colonies, as well as concessions in China. In addition, Italy paid reparations. In favor of the USSR specifically, they amounted to $ 100 million (the value of the 1947 dollar was much higher than the modern dollar), and some Italian warships fleet should have gone to the Soviet Union (at this point, the Western allies tricked Moscow and transferred the wrong ship, namely the ancient battleship Giulio Cesare instead of one of the new battleships of the Littorio type).

A characteristic feature of the post-war world order was the emergence on the territory of the former aggressor countries of mini-protectorates with a special status, which provided for autonomy from the central government, up to full. In the defeated Germany, such territories were the Saar and West Berlin, in Japan - the southern islands, while the Free Territory of Trieste was separated from Italy, which was finally abolished only in the 1970-s. So, the appearance of an independent Trieste was guaranteed by the Treaty of Paris. 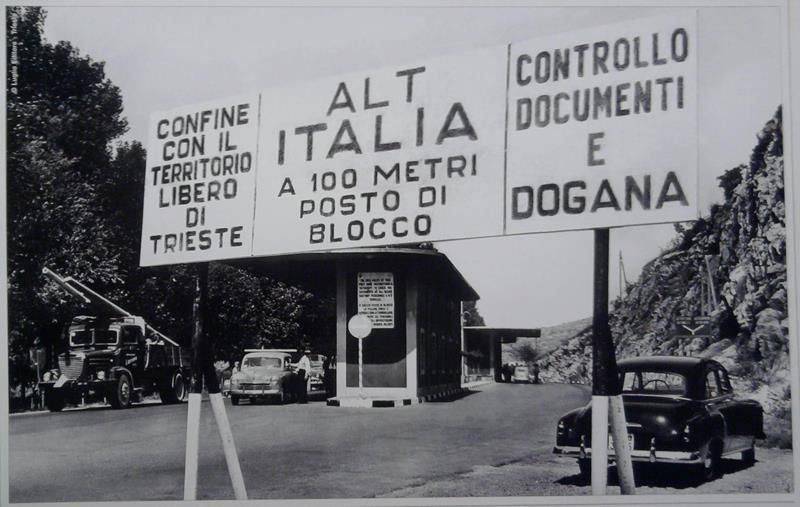 The border of Italy and Trieste

Regarding Germany and Japan, a clause prohibiting Italians from military cooperation with these countries is spelled out in the treaty. Although the ban is still formally in effect, in fact no one has paid attention to it for a long time.

The provisions of the peace treaty concerning Bulgaria have one unique feature. South Dobrudja, which passed from Romania to Bulgaria in 1940, was left under Bulgarian sovereignty. This is the only case when the Allies left in force the annexation committed by the Axis country during the war. 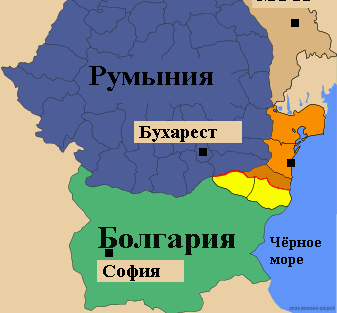 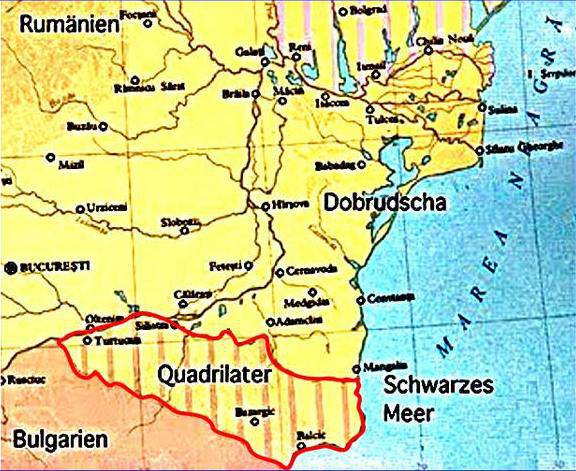 However, Sofia was forced to abandon Yugoslav Vardar Macedonia, as well as Eastern Macedonia and Western Thrace, which were returned to Greece. Contrary to popular belief, Bulgaria did not fight directly against the USSR, and therefore did not pay reparations to our country. With the occupation of Bulgaria, historical Russia (in the form of the Soviet Union), for the second time in its history, was one step away from mastering the Black Sea Straits, but again circumstances prevented it from taking that step.

Romania was fixed within 1 on January 1941, with the loss of Southern Dobrudja in favor of Bulgaria and Northern Bukovina and Bessarabia in favor of the USSR. The famous Serpentine Island went to the Soviet side a year later, through a bilateral agreement between the USSR and Romania. In addition, Romania was obliged to pay reparations to 200 million US dollars to the Soviet Union.

Hungary not only lost all the territories that it had cut off from Romania and Czechoslovakia, but also donated the region with several villages, and also paid compensation to the USSR, Czechoslovakia and Yugoslavia.

Of the European Axis countries, Finland suffered the least. Her government was not overthrown, and the territory, with rare exceptions, did not know foreign occupation: the Finns expelled the Germans themselves during the Lapland War, and the Soviet Union in the 1944-1945 years was mostly not up to the north-western neighbor. The Finns assumed a neutral status, limited the armed forces, paid reparations to the Soviet Union ($ 300 000 000), transferred the northern region of Petsamo and the Porkkala peninsula to the USSR jurisdiction forever. 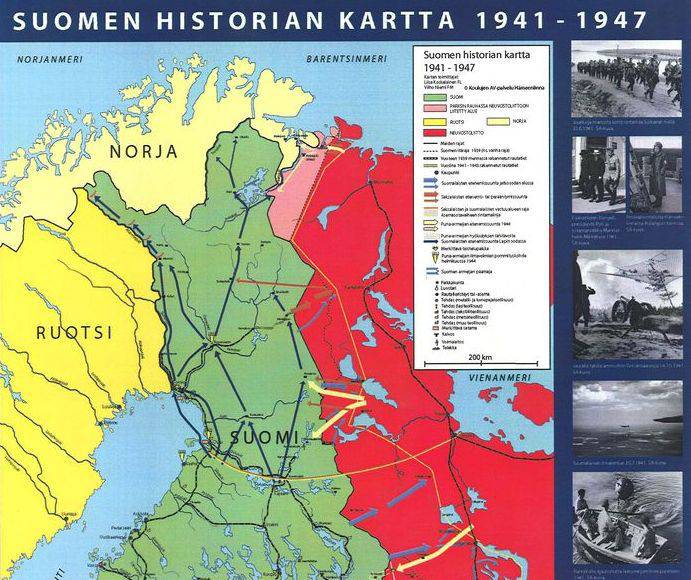 In the 1990 year, seeing the weakness of the Gorbachev Soviet Union, Finland abandoned military restrictions, which imposed a peace treaty on it, drawing a line under the era of defeat. Of the Axis countries all over the world, more than the Finns were lucky only with Thailand, which did not suffer any special damage at all, and paid reparations with symbolic supplies of rice.

In its meaning, the Paris Peace Treaty of 1947 of the year is comparable to the San Francisco Peace Treaty of 1951 of the year, which summed up the outcome of the war in the Pacific. Some of its provisions, mainly related to the limitation of sovereignty or reparations, have lost their force. Others (mainly for state borders) are still in effect. The expiration date of any peace treaties, even fundamental ones like the Parisian or San Francisco, is limited to an unofficial time frame. He will completely lose power with the start of a new big conflict. This conflict is inevitable for the reason that the area of ​​settlement of individual peoples often does not correspond to state borders, not to mention the ruling class of each country, which has its own historical claims.

Ctrl Enter
Noticed oshЫbku Highlight text and press. Ctrl + Enter
We are
Diplomats of the People's Commissariat of Defense: on the eve and during the warWhy there is no peace treaty with Japan
Military Reviewin Yandex News
Military Reviewin Google News
13 comments
Information
Dear reader, to leave comments on the publication, you must to register.