The Khmeimim base will be covered by Russian air defense systems. Sergei Shoigu talks about C-400, Vladimir Putin talks about C-300

November 25 2015
157
Russian Defense Minister Sergei Shoigu reports that the latest air defense missile systems C-400 Triumph will be deployed to the Khmeymim airbase, which houses the Russian air group, in the near future. 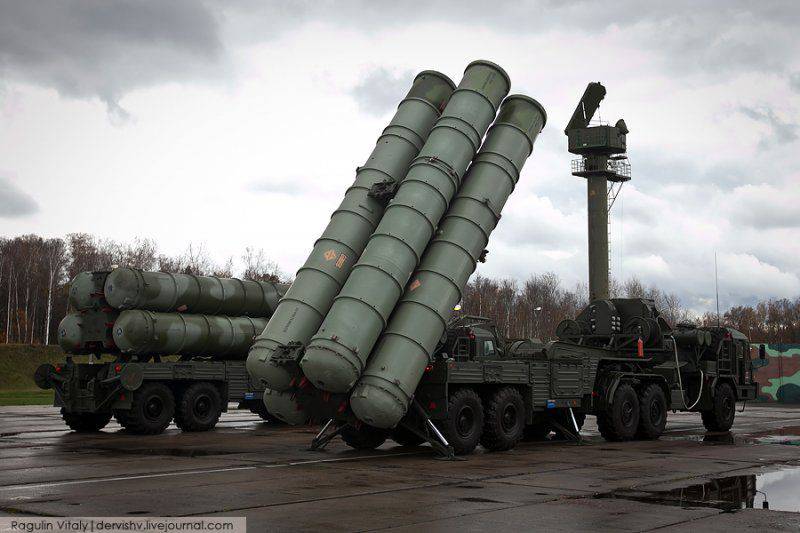 The Minister of Defense reported to the Supreme Commander that the navigator of the Russian Su-24, shot down yesterday by Turkish Air Force planes in the skies over Syria, is alive and well. According to Sergei Shoigu, the navigator, withdrawn from the rear of the terrorist group by the Syrian military, is located at an air base in Latakia.

I should add about the reaction of the official representative of the Russian Foreign Ministry, Maria Zakharova, about the statements made at the Pentagon that the Syrian Turkmen “defended” by shooting Russian pilots descending by parachute.

Maria Zakharova in Facebook writes:
Remember these words. Remember forever. And I will never forget. I promise.

Media: “The US State Department does not rule out that shooting Sy-24 pilots for the ejected Russian pilots by Syria’s Turkmen was defensive,” said spokesman Mark Toner at a briefing. “If the Turkmen forces were attacked by Russian air strikes, they could defend themselves,” Toner said. the question of assessing the actions of the Syrian Turkmen who fired on the Russian-made Su-24 pilots who had ejected. To the clarifying question of the journalist, is it possible to consider shooting unarmed pilots who are kata self-defense? ultirovalis a parachute, he said that "there is no clear understanding of what was really happened '"

Ctrl Enter
Noticed oshЫbku Highlight text and press. Ctrl + Enter
We are
Ministry of Defense of the Russian Federation: Militants in the area of ​​the downed Su-24 crash destroyed, S-400 air defense missile systems on alertZRK C-200 rust in the woods near Moscow
Military Reviewin Yandex News
Military Reviewin Google News
157 comments
Information
Dear reader, to leave comments on the publication, you must sign in.