News on the other hand

November 24 2015
50
The events taking place in Ukraine and in the territories adjacent to it are becoming more and more threatening. Either it is a planned incident system that is controlled by someone from the side with specific goals, or spontaneous “black swans” began to emerge in the masses in Ukraine. Recall, "black swans" are sometimes called difficult to predict events with significant consequences. For example, the murder of the Archduke Franz Ferdinand, Chernobyl, etc. The number of such “swans” per unit of time directly speaks about the stability or instability of the management structure. The gloomy irony is that in the historically difficult period another black representative of the fauna can come after each “black swan” - the polar fox. 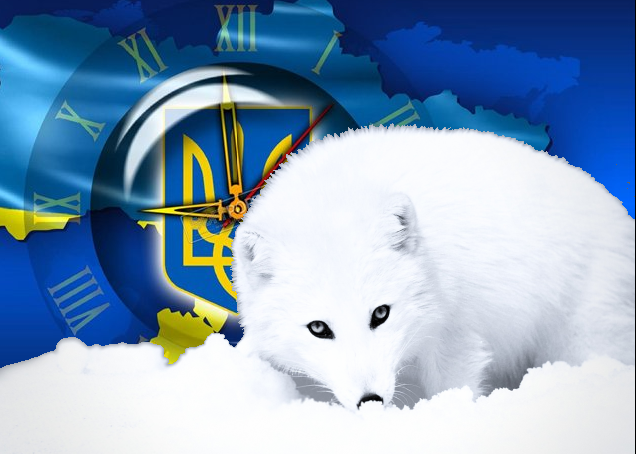 So the first event. Allegedly, the spontaneous popular "veche" in Kiev on November 22, which ended with local riots of the oligarch Akhmetov’s offices. Of course, there is nothing spontaneous about what happened: Ukraine continues to search for internal enemies, in which, if desired, you can write down every first one. It is profitable for the authorities to transfer the arrows at least to someone, in order to somehow cover up what she has done with the country during these two years, or simply to ensure the release of steam. Let it be better, they say, at meetings that “Poroshenko is a traitor” than truly take the risk of getting the head of the president. Inflated with aggressive propaganda and the armed population becomes dangerous by definition, especially during periods of calm on the fronts.

The second event is, of course, the undermining of power lines in the Kherson region. Until now, between the authorities of the Russian Federation and Ukraine, there was an unofficial, path and having an extremely unsympathetic appearance, but an agreement. Moscow is sponsoring Kiev with coal, gas, electricity and just currency, and the new Ukrainian government keeps its hands away from the switch. Actually, it was thanks to this help that the current power of the Square lasted so long - the help of the West was more virtual in nature, and the main help came from the east.

Now the agreement is violated. The question is whether this was a tacit initiative from above, or behind the arts there are activists of the Majlis who were offended at the division of the Ukrainian pie.

It is checked simply. Technically, supports can be restored in a very short time. If this happens, it was about the initiative on the ground, which was not coordinated with the Center. If the “repair” drags on for months, it means that Kiev itself has started everything, and a night circus with submachine gunners was created to avert the eyes. Like, tried to prevent, but could not. The blockade of goods for the Crimea, which Poroshenko announced on November 23, also speaks in favor of this version. If it used to be only about a purely public initiative, now the state takes up the case. By the way, in the evening of the same day, the Minister of Internal Affairs of Ukraine Arsen Avakov proposed to terminate contracts with the Russian Federation for the supply of electricity. It is unlikely that all this can be considered a coincidence. According to Russian media reports, the Crimea’s own generating capacity plus an energy bridge from the continent (submarine cable) will provide the peninsula by only two thirds, and that is by a very optimistic estimate.

The siege customers, of course, are not in Kiev, but in Washington. In the US, an election campaign is in full swing now, and candidates from the Democratic Party are being attacked on all fronts. Therefore, the current White House administration needs victories. Not only over the IG - the creation of a siege of the Crimea by the hands of Ukrainians can also be presented as a victory. As well as the next escalation of violence in the Donbass.

Speaking of Donbass. Some time ago an aggravation began along the whole contact line. Responsibility Western media immediately shifted to the DNI / LC and Russia. The escalation is not needed either by the rebels or by the Kremlin, of course, does not bother anyone. But Poroshenko’s regime and its American curators need an exacerbation, albeit for different reasons. Therefore, if the command “to the battle” came from across the ocean, there is no doubt that Kiev will fulfill it with double zeal. Frequent shelling of cities is a clear proof of this.

The survival of Donbass still rests on the political will of the leadership of the Russian Federation, as well as a year and a half ago. As well as the survival of the Crimea. In this sense, the Donbass is the key to the Crimea, and the Crimea - to Russia.

It cannot be ruled out that in December-January the Ukrainian Armed Forces will risk all-in and try to cut off the Donbass from the sea and build a “Novoazovsk boiler”. In this outline lies the increased interest of the Ukrainian authorities in armored boats and other remnants of the country's Navy. For the blockade of rebels from the sea, while simultaneously encircling them from land, this flotilla quite suitable.

These are just some of the considerations and conclusions on what is happening. How things really are, we will know in the very near future.

Journey to the wonderful world of "zrady" and "peremoga" continues.