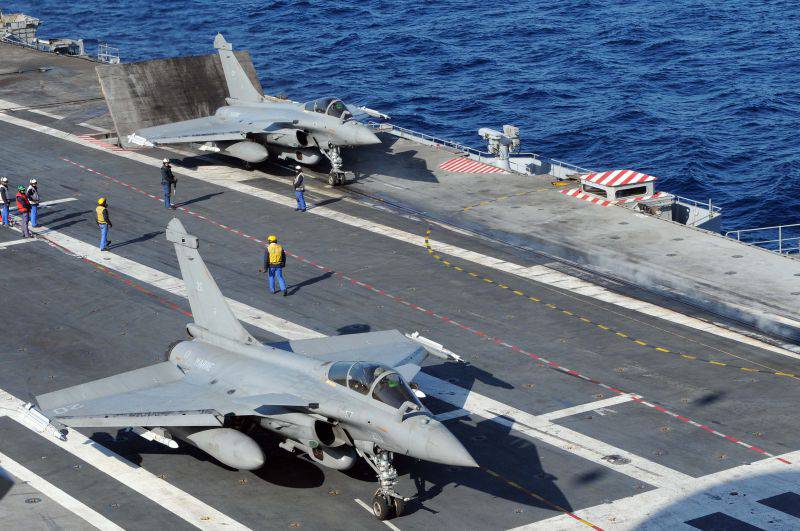 "The aircraft carrier will be ready for service from Monday, November 23," French Defense Minister Le Drian said on Sunday.

The exact location of the aircraft carrier for security purposes is not specified. Presumably, the cruise of the ship will last at least 4-s months.

The crew, consisting of sailors, mechanics and pilots, has 1,9 thousands of people.

Ctrl Enter
Noticed oshЫbku Highlight text and press. Ctrl + Enter
We are
"Charles de Gaulle" goes to war againAircraft carriers "Harry Truman", "Charles de Gaulle" and "Cavour" in the Gulf of Oman
98 comments
Information
Dear reader, to leave comments on the publication, you must to register.