November 22 2015
101
In particular, Poroshenko this document (Decree of the President of Ukraine No. 646 / 2015 on the introduction of the law to the Decree of the President of Ukraine on the 30 of the 2000 Zhovtnya Rock No. 1173) made changes to the list of military units, institutions of the Armed Forces of Ukraine, the National Guard of Ukraine, government communications centers of the State Service for Special Communications and Information Protection of Ukraine, the State Border Service of Ukraine and units of the State Special Transport Service, higher military educational institutions and organizations that will keep previously assigned honorary names and the names of which are specified, excluding from the official honorary names of military units Identification Soviet orders (Kutuzov Order, Order of the Red Banner, the Order of the Red Star, Order of the October Revolution, Order of Suvorov, the Order of Bogdan Khmelnitsky and so on.).


Everyone who once served in the units located on the territory of Ukraine will probably be interested to get acquainted with this list. From myself I can say that I feel feelings of bitterness and shame for the ungrateful descendants of the soldiers who, through their heroism and blood, managed to earn these abolished titles and orders. 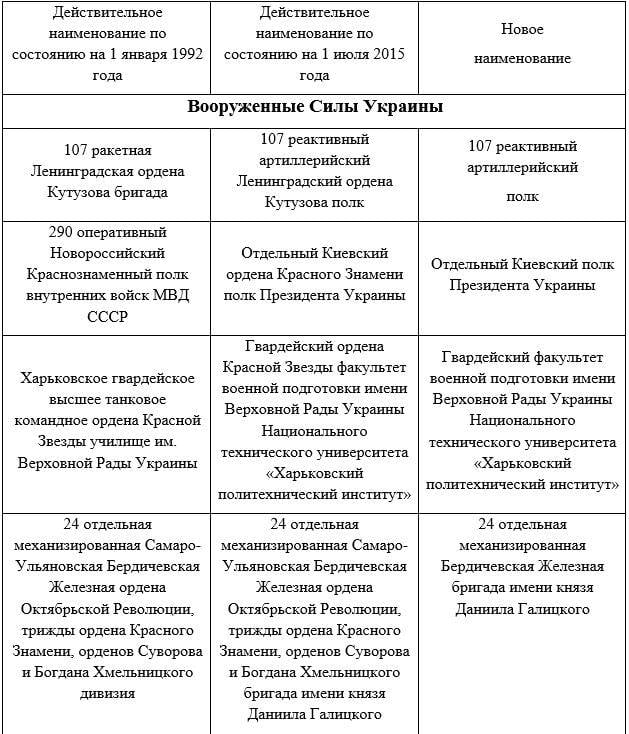 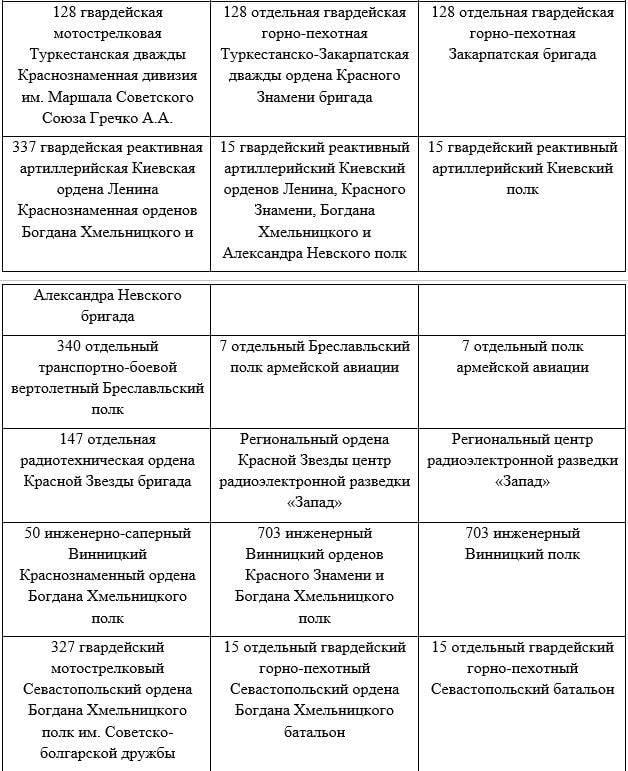 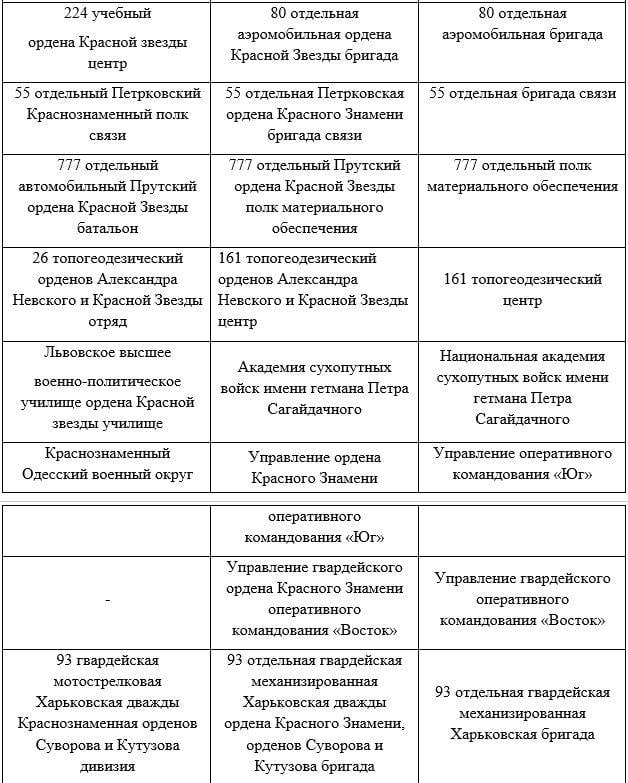 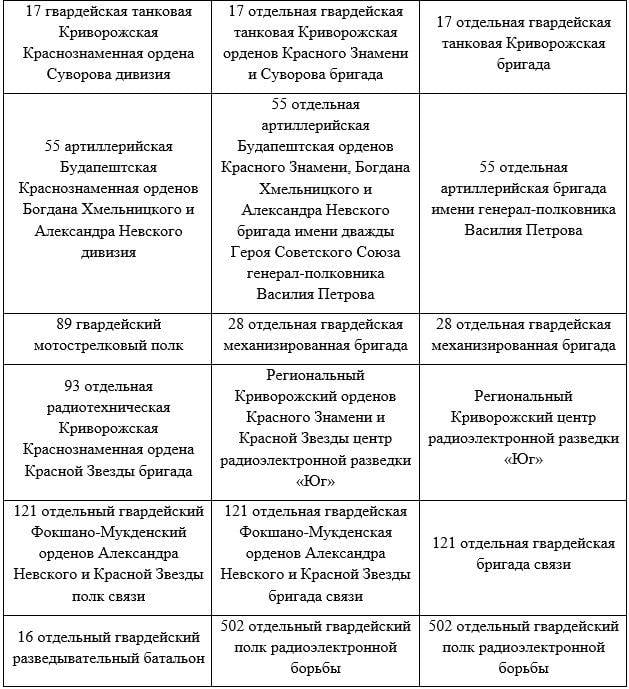 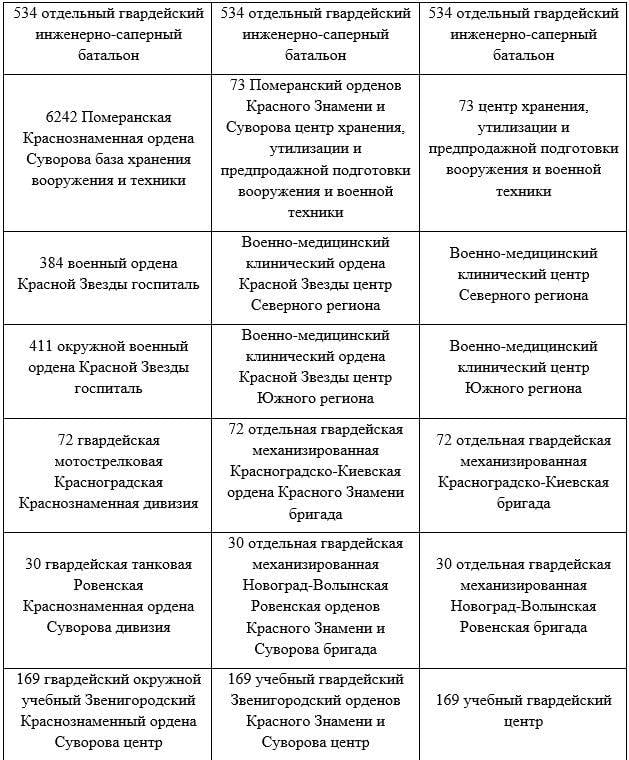 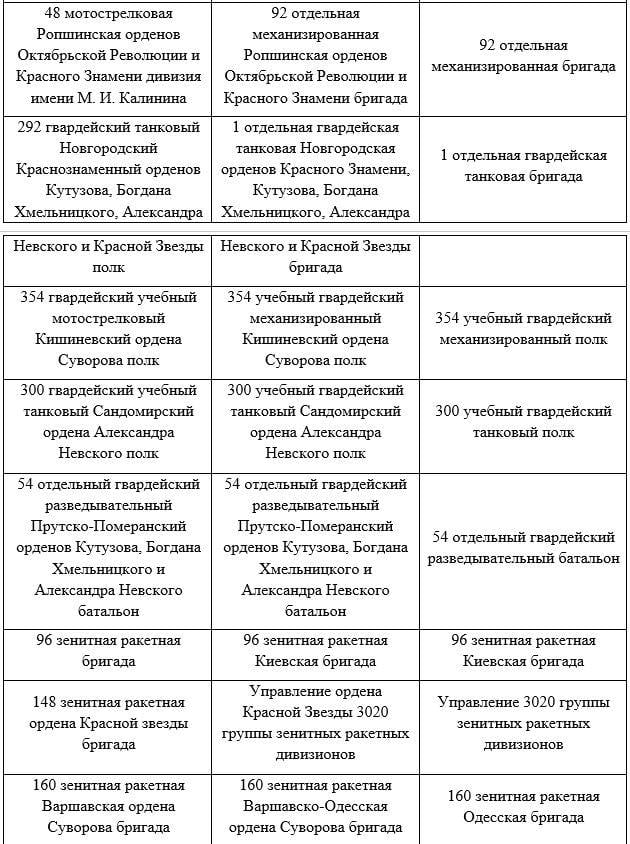 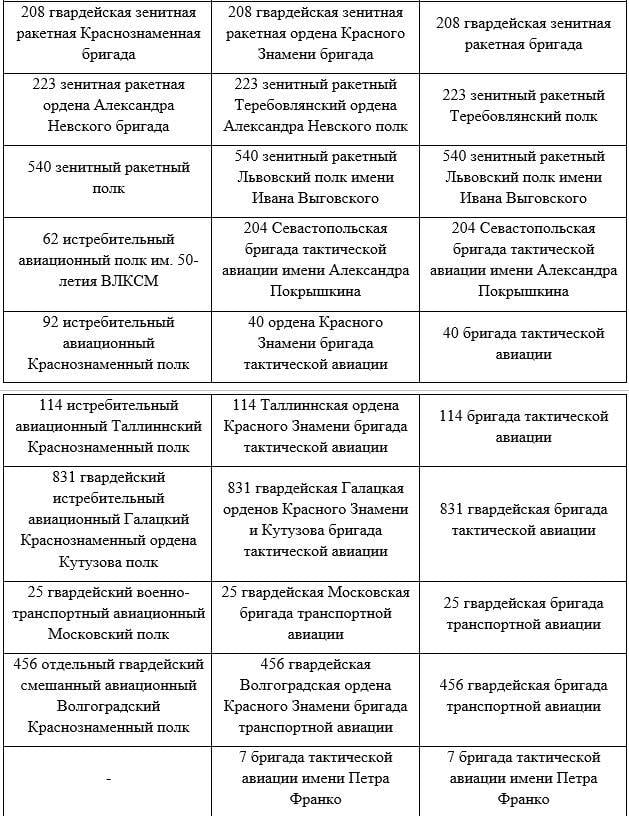 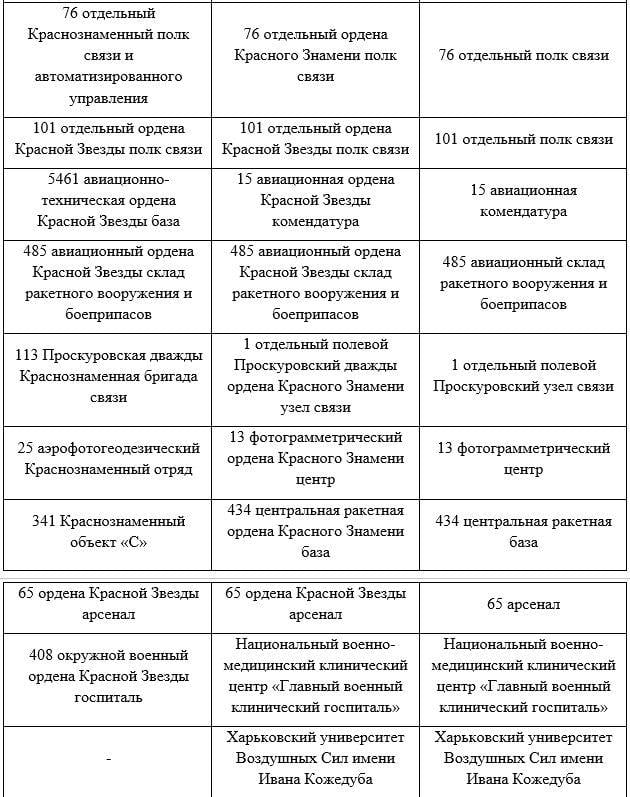 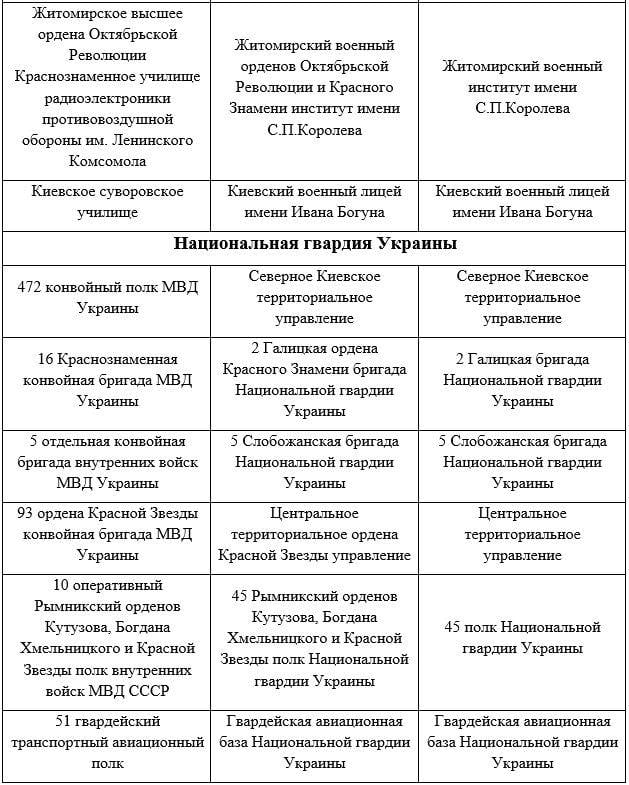 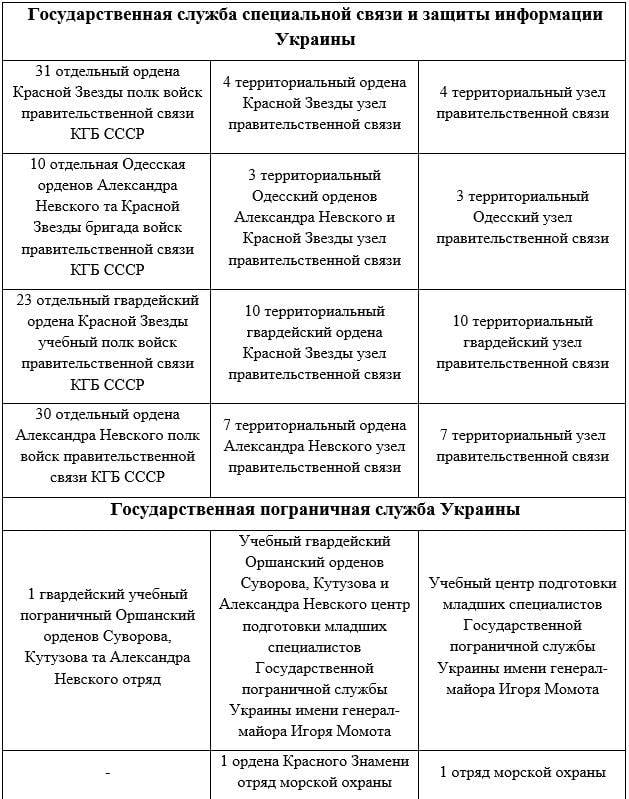 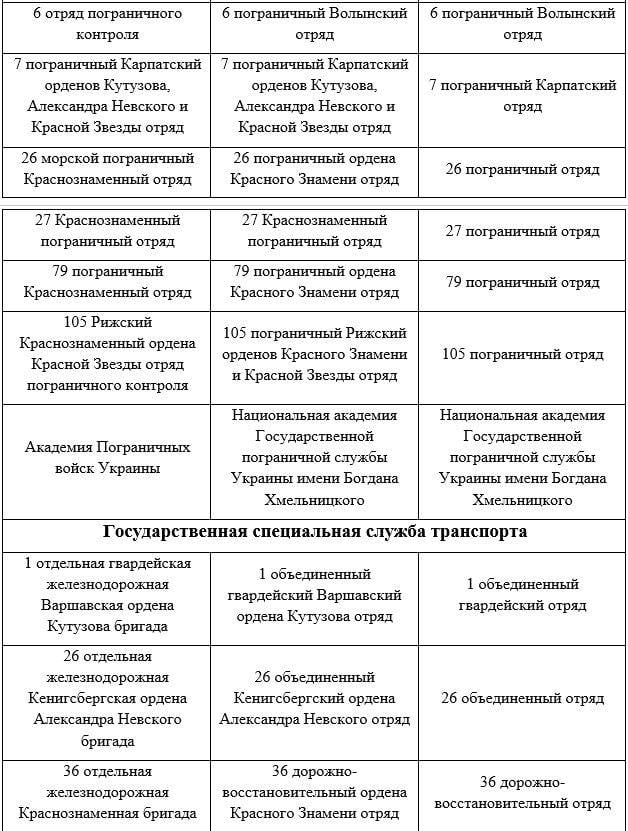