This year, service contracts in the formations and units of the Eastern Military District and the Pacific fleet, Air Force and Air Defense concluded more than 22 thousand specialists. In 2015, the indicator was reached for the first time when the number of contract soldiers exceeded the number of conscripts. During the autumn draft company, there are a large number of people wishing to replace the year of draft service with three years of contract service. 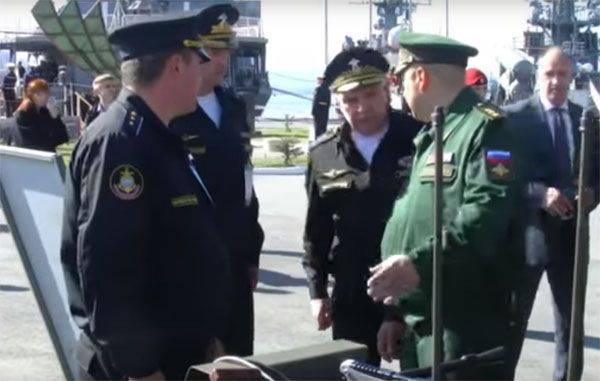 According to Surovikin, interest in contractual service arises for a number of reasons, among which is social security, including a decent monetary allowance, the possibility of obtaining a military mortgage.

According to Colonel-General Surovikin, the Eastern Military District has received about 850 units of new military equipment this year, and similar rates of rearmament will continue in the 2016 year.

We are talking about the newest submarines of the Borey project, the C-400 Triumph anti-aircraft missile systems, the Tornado-G MLRS, the Verba air-defense missile system, the Iskander-M OTRK and other types of weapons.

Ctrl Enter
Noticed a mistake Highlight text and press. Ctrl + Enter
We are
Innovation Day of the Southern Military District: Pictures from the ExhibitionThe action “Military service under the contract is your choice!” In Rostov-on-Don: future contract servicemen, exhibitions and “Russian Knights”
29 comments
Information
Dear reader, to leave comments on the publication, you must to register.