Iran breaks into the market

November 19 2015
20
In the very near future, Iran may become the largest player in the global gas market. This was recently said by the Deputy Minister of Oil of the Islamic Republic. And here is another "formidable" statement: Iran will not coordinate with OPEC an increase in oil supplies to the market after the lifting of sanctions. This was stated by the Minister of Oil himself. Finally, it became known that the managing director of KEPCO (oil and gas exploration and production companies in the Caspian Sea) promised to present four projects related to deposits in the Caspian Sea to foreign investors by the end of November. 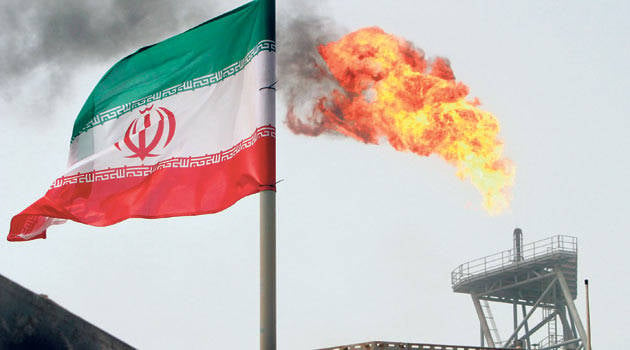 Recall that Iran is among the top three countries with the largest reserves of gas and oil (9,4% and 18% of the world).

In the evening of November 17, a statement was made in the Russian press by Deputy Minister of Oil of the Islamic Republic, Hosein Amir Zamaninia. In the near future, Iran may become the largest player in the gas market, the agency “Shana” reports.

“Already today, Iran is one of the largest gas producers in the world. And in the near future, it will become a leading player in the global market for this energy source. Naturally, Iran has gas reserves of more than 33 trillion. cubic meters, hopes to become a major participant in the world trade in raw materials ", - quotes the official Gazeta.ru.

Zamanin says the Iranian Oil Ministry sets the goal of doubling gas production by 2020. Production volume will be increased to 1,3 billion cubic meters per day. The method of delivery of raw materials - transportation of liquefied gas by sea on tankers. According to the agency, the only gas liquefaction plant is under construction in Iran (readiness is estimated at about 60%).

That same day, November 17, Interfax conveyed a statement from Iranian Oil Minister Bijan Namdar Zangane. According to him, Iran will not coordinate with OPEC the question of increasing oil supplies to the world market after the lifting of sanctions or ask the cartel for permission.

At a press conference in Tehran, the minister confirmed that Iran intends to increase oil exports by 500 thousand barrels per day. As Mr. Zangane assures, Iran is not concerned about the effect of additional oil supply on pricing: “Lowering prices will not be a problem for us. It should alarm those who replaced Iran. ”

According to a Russian federal official who leads "Lenta.ru", Iran has received frequent delegations from different states. “In Tehran, all hotels are filled - this is a fact. There is a huge interest in the Iranian market: it is shown by Germany, Italy, Austria and many others, including the USA, ”he told the publication.

Ali Osuli, Managing Director of KEPCO, an Iranian oil and gas exploration and production company in the Caspian, promised to present four projects to foreign investors related to the Caspian fields, S. Tarasov writes on the website IA "REGNUM".

“After reaching an agreement on the settlement of the long-term“ nuclear program ”with the Islamic Republic, the economic and financial sanctions imposed by the UN Security Council, the United States and the European Union will be lifted, the expert notes. - Now for Tehran, all the possibilities are opening for conquering the energy market. And this is not a sensation - as stated in the recently published report of World Energy Outlook, which is prepared annually by the International Energy Agency (IEA). There is also marked the onset of a large-scale restructuring of the entire geopolitical landscape of the Middle East and Transcaucasia. ”

However, this does not mean that the “perestroika” will be quiet and peaceful. “Now everything looks different: Caspian energy resources are becoming the very element of Iran’s foreign policy, which will inevitably change the energy and political balance of the entire region, bringing the status of the Caspian region to a halt,” Tarasov said. “So, as the REGNUM news agency noted, in the course of events, forces will begin to more openly manifest themselves, which will try to spread an“ arc of instability ”from the Middle East as a distracting maneuver from the Syrian crisis ...”

Anyway, Russia cannot miss the chance to cooperate with Iran.

Senior Researcher at the Center for the Study of Near and Middle Eastern Studies of the Russian Academy of Sciences Vladimir Sazhin, whose words "Lenta.ru"He believes that after the lifting of sanctions, Russian companies can compete for tenders in many areas - from participating in the modernization of railway and energy infrastructure to Iranian space programs. According to him, after the cancellation of Iran’s sanctions, investments in up to 500 billion dollars in virtually all sectors of the economy will be required.

What prospects does Russia have today in the Iranian market?

Moscow will probably participate in projects where it has advanced experience: in the areas of nuclear energy, exploration and production of hydrocarbons. Rosatom can build the third and fourth power units of the Bushehr NPP. Zarubezhneft and Rosneft are likely to participate in a tender to develop the Shangule hydrocarbon field with reserves of 2 billion barrels.

According to the results of the Russian-Iranian intergovernmental commission 12 in November, the Minister of Energy of Russia Alexander Novak, notes Lenta.ru, said that Russia intends to bring the volume of mutual trade to 10 billion dollars a year. It's not just about energy.

The Rosselkhoznadzor included twenty-five Iranian enterprises in the register of suppliers of agricultural products. In turn, Iran initialed part of the contract for the electrification of railways in the amount of 860 million dollars from the package in 5-6 billions.

According to Novak, the parties are discussing "a large list of transport projects worth more than 25 billion dollars."

Negotiations are underway with Iran through the Ministry of Industry and Trade, recalls Lenta. The main directions of future cooperation - the supply of engineering products and the organization of joint ventures. Recently, 10 in November, a working meeting of the Deputy Minister of Industry and Trade of the Russian Federation, Georgy Kalamanov, with the First Deputy Minister of Industry, Mines and Trade of the Islamic Republic of Iran Mojtaba Khosroujadj was held. Kalamanov told Lente that Russia is continuing negotiations with Iran on the supply of Tu-204CM and began to negotiate on Sukhoi Superjet 100 airliners.

At the same time, one should not think that it will be easy to reach an agreement with Iran. “Sanctions are sanctions, but if you don’t prepare future deals now, then [after lifting the restrictions] you can forget about many things,” says Kalamanov. According to him, the Iranian side carefully assesses the ratio of price and quality, and therefore Russian companies will face a serious struggle with major international corporations.

One can not "forget" and about some other "things", we add from myself. Iran’s entry into the oil and gas markets after the lifting of sanctions cannot but create some problems for Russia's raw materials economy. Moreover, Tehran is ready to sell oil at a low price - just to gain a foothold in the market. Recall the words of Minister Zangane: “Reducing prices will not be a problem for us. It should alarm those who replaced Iran. ”

Consulting firm "KBC" has calculated the likely losses of Russia in the oil market of Southern Europe in case of return to it of Iran. The amount of possible losses of the Russian Federation is approximately $ 153 million, writes RBC with reference to Bloomberg.

153 million dollars in losses is the estimate given by KBC senior analyst Ehsan ul-Haq.

RBC notes that this amount represents approximately 0,4% of Russia's total annual hydrocarbon sales. However, according to Ul-Haq, prices will eventually fall in other markets, including in northwestern Europe. As a result, Russia's losses "may turn out to be significantly higher."

Mehdi Varzi, a former Iranian diplomat and director of the consulting company Varzi Energy, confirmed to Bloomberg that Iran’s plans to increase production to the pre-sanction level mean that “it will have to look for additional markets, including those to which Russia traditionally supplies.”

Thus, experts do not predict significant losses for Russia from Iran’s entry into the world energy market and the achievement of a “pre-sanctioned” level of supplies by the republic.

At the same time, Russian businessmen and the government are counting on staking out part of the Iranian domestic market for the implementation of a number of large projects. If successful, losses in the oil and gas market can be offset by profits in other areas.