November 17 2015
21
TsNII "Burevestnik" (part of the UVZ) is developing a wheeled version of the self-propelled howitzer "Coalition-SV" on a single schedule with a tracked option, reports MIC with reference to the press service of "Uralvagonzavod." 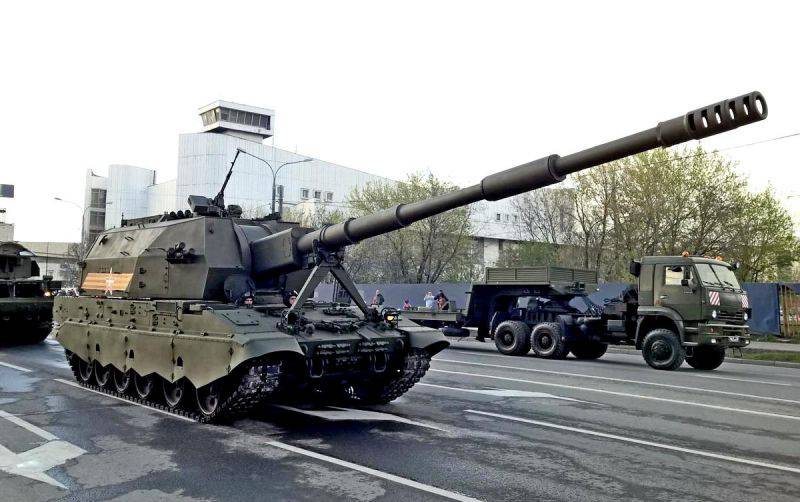 “The work on the wheeled variant goes simultaneously with the work on the tracked self-propelled artillery gun, according to a single schedule with it,” the release says.

At present, tests of prototypes are underway.

“The issue of adopting the“ Coalition-SV ”self-propelled artillery gun will be decided by the general customer after the completion of state tests of prototypes and the assignment of documentation,“ O1 ”,” the corporation specified.

If necessary, the Coalition cannon can be mounted on the Armata platform.

“The modular principle of constructing the artillery part of the Coalition-SV self-propelled artillery gun allows it to be adapted to the Armat’s promising heavy tracked platform,” the press service noted.

The company explained that such work "can be carried out under an additional contract with the general customer."

Earlier it was reported that the "Coalition-SV" will begin to enter the troops from 2019,