Is it necessary to understand incomprehensible Russia?

November 12 2015
215
Reading the articles of some overseas journalists, I constantly catch myself thinking - they don’t get it. It seems to be writing about everyday things, but not there. Do not understand. They do not understand that Russia will not fight with Israel (it all started with such a material), it will not shower America with “Poplars” and “Yars”. Will not go tank columns to Kiev and Brussels (although, perhaps, it would be worth it). We do not need it. And this is not clear.


Yes, overseas love to talk about the syndrome of incomprehensible Russian soul. And, if without well-worn words about the fact that “the mind does not understand Russia,” everything is simpler. She (that is, the soul) is. And on this you can stop.

Having lived long enough in the USSR, after going through the "cold war" and all the subsequent nightmares of "dermokratizatsiya", I, like many who live here, has changed. And they are there, over the ocean - no. That's because, reading what they quite sincerely write, I shrug. Well, stupid? Yes, not that stupid, just do not understand. So they write outright nonsense (from the Russian point of view).

In order to understand how and what to write about us, we must try to become us. Not in terms of life, there is nothing like that. In terms of internal content. It is a pity that it is impossible to collect the entire American writing fraternity and drive us for an internship for a week. With compulsory fishing and drinking. Such a booze, ours. In order not to have two whiskey fingers, and then ice and tonic with ice, but in Russian. And not glasses, hell, and glasses! Under hot ears from just caught sudachka.

And the most important thing in the morning. Gray, hungover morning. When everything is gray - the river, the sky, the earth, you are all gray. And the first cold sotochka (lay in the river all night) falls into the stomach, and then begins to include the colors of life. And after the second (or a beer from the same natural refrigerator) you can already live. And even very necessary.

I do not know, it would help ... I set up such experiments on the Germans. It helped. Germans, in a sense.

It's not just about drinking (although it too). The thing is in contact with the world around you. Well, where are their grief picnics on stadiums and other reservations? Yes, nowhere. No contact with the world. Glass, concrete, asphalt - and as a result, complete isolation of the brain. The brain is not breathing. Accordingly, since it is already used to it, it gives out what it is capable of.

Someone will say that they live in Moscow too. Like in New York. Well, yes, they live. But is this life? As for me, and not life at all. Cockroach Races Is that matblag more, and they are brighter. And so - that is still boring. And eternal employment.

And then, Moscow is not Russia. Russia begins in Zamkade. That same wild and barbarous (from the point of view of that man in the street) Russia, on which everything stands. And will stand. And that, the real Russia, is harder to understand. And it would be necessary.

Then, probably, understanding would have come. And it would be calmer to look at many things. WITH historical points of view. Would not be so worried about Syria and everything else. Napoleon was calmed down, Hitler was brought to a kondrashka, and this, Abu Bakr al-Baghdadi, is also calibrated. Normally. We will do all the dirty work for everyone, rejoice and hang yourself awards and honors.

We have everything, and the Russian person does not need this hypothetical power over the world at all. No matter how hard they tried to convince the whole world. We have, and so, thank God, from the tundra to the subtropics all in bulk. Well, and to whom this is not enough, Turkey and Egypt have long been speaking Russian in Russian. There is no longer understand who is the guest, and who is the master. Tourist provinces ... like Abkhazia.

It is difficult for the western man to understand what is impossible to understand in principle. He looks out of his tiny world, personally inviolable, for democracy, but so limited that he takes pity. They are there like fish in an aquarium. Habitat, but the world is much more. And we are accustomed to our vast world. And we look at many things so broadly. Why the impression is that the Russians are concerned about everything.

Yes, there is really nothing to do with the whole world, isn't it? Well, our rulers decided to help the Syrians. So Americans also help someone forever. Are we worse? We are no worse. Yes, we don’t have a lot of things in America, but Americans don’t have much of what we have.

They say they have the freedom of everything there. And we do not. In fact, in the modern world, freedom is a fiction. Too many restrictions on all these freedoms are imposed. And they have even more there than ours.

Another term is applicable to the Russian person - will. We are free. Rummaged in the definitions, and that's what happened.

Will is not physical, not emotional, and not always conscious (here, truly about us!) Human activity; but an activity that always reflects the principles of morality and the norms of the individual and indicates the value characteristics of the goal of the chosen action.

That is, freedom is rather a physical lot. And the will-you see. To the soul closer. Very close. So we are free.

And this is the state of the free soul and turns the Russian person on. And throws on exploits. And in the world we can, and in the war. For we are free, and we are free to choose our own way-path. Let sometimes not always consciously. This, I think, confuses everyone there.

And therefore it is unlikely that an American completely blinkered with his freedoms will understand what is pushing the Russian into action. I do not want to say that they live there badly and sadly, no. Just everything else. The air is different, the sky is different, life is different. Free

How to understand that American those features that we have in the genotype of protection? Yes, nothing. 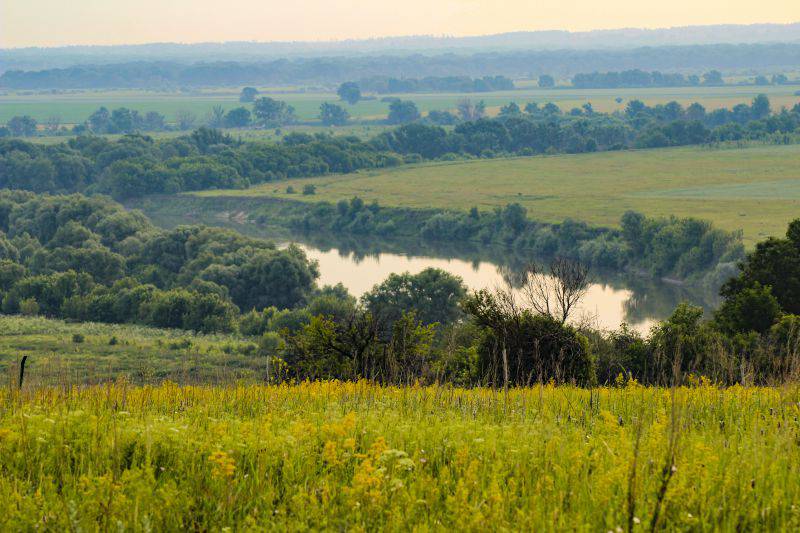 What will say? Yes, the river. We, in America ... Yes, what have you in America, alone, and you can't speak without that without tears. And this is the Don Father, and not something like Mississippi. Understand need. 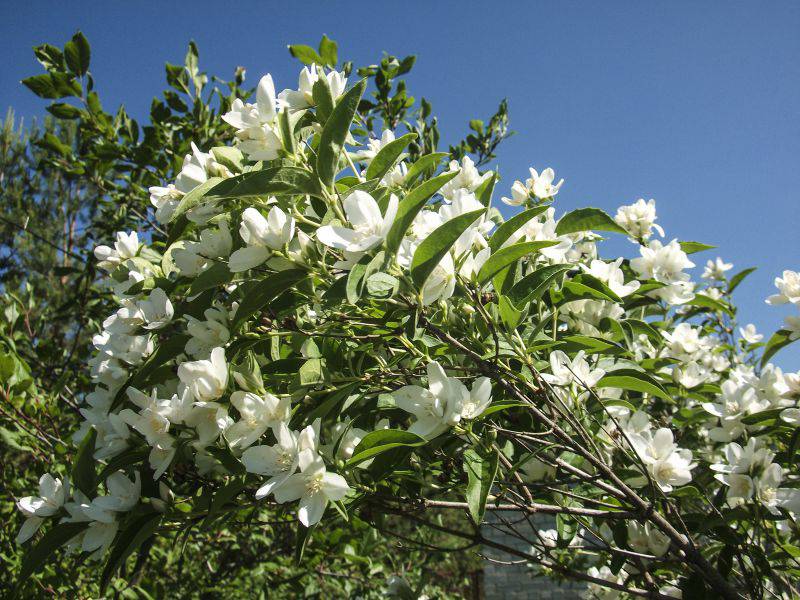 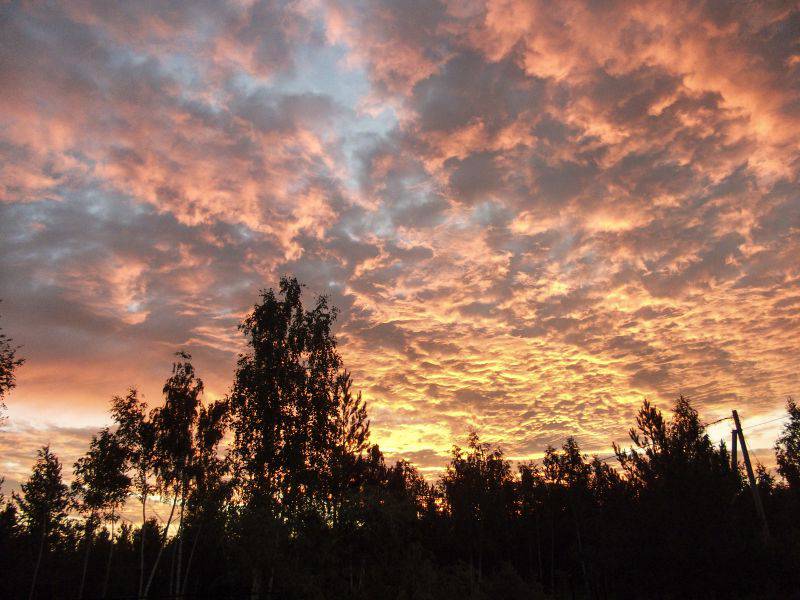 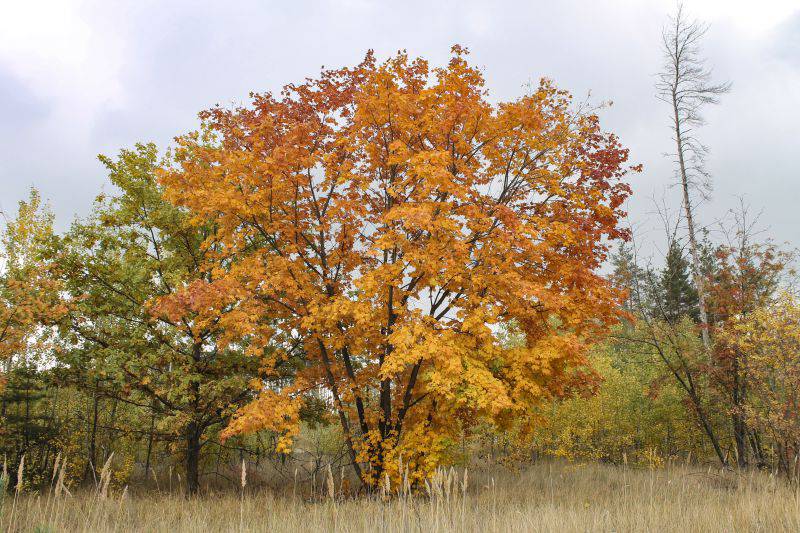 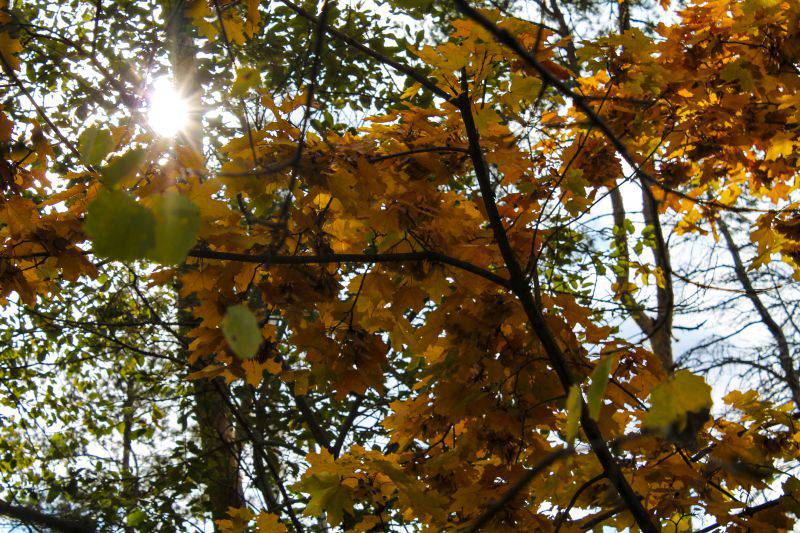 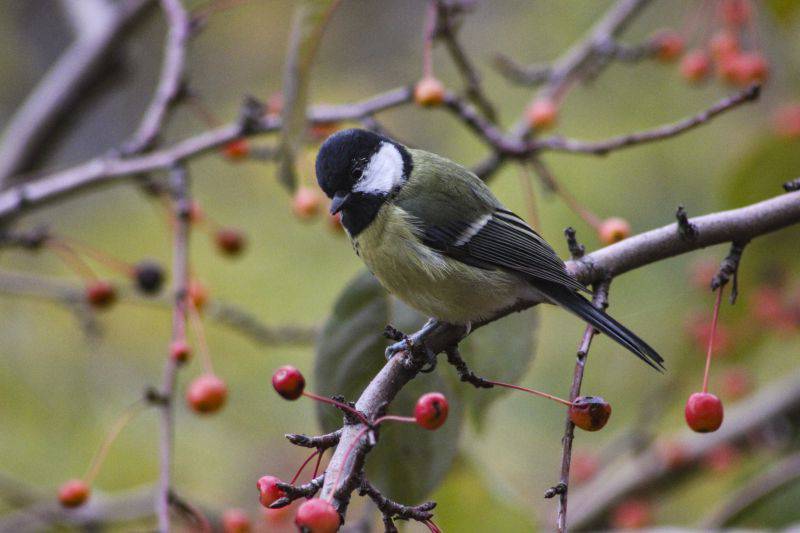 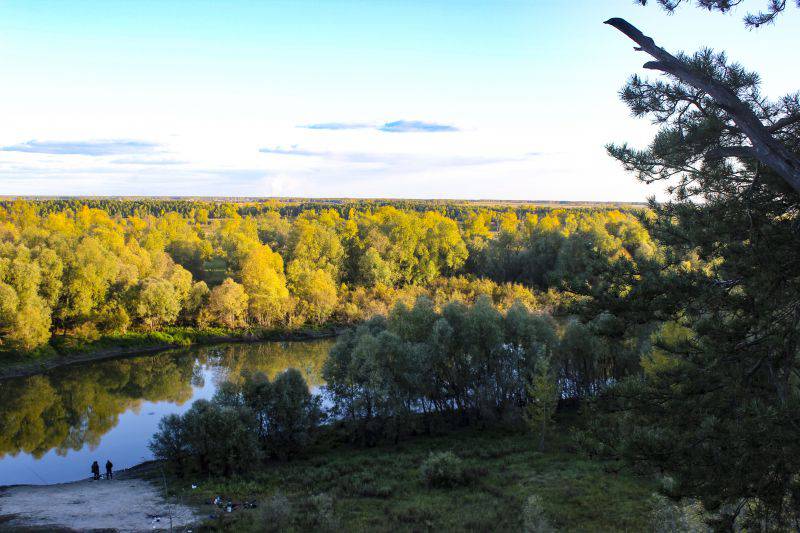 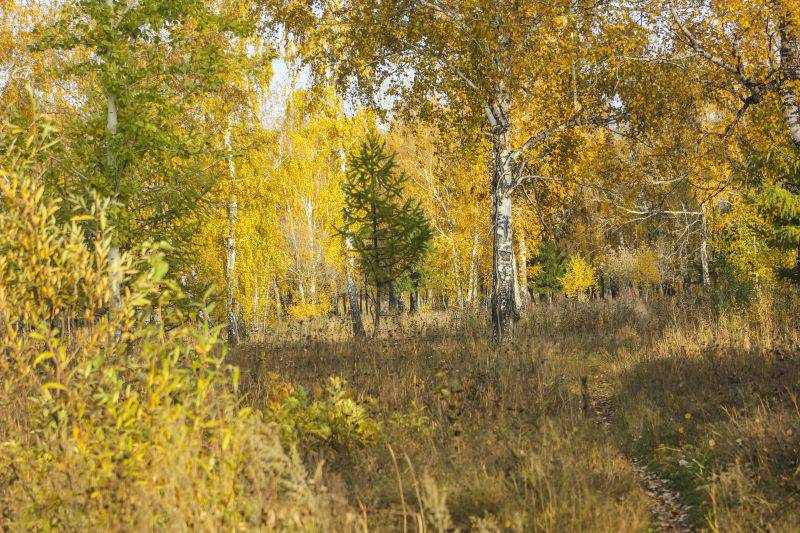 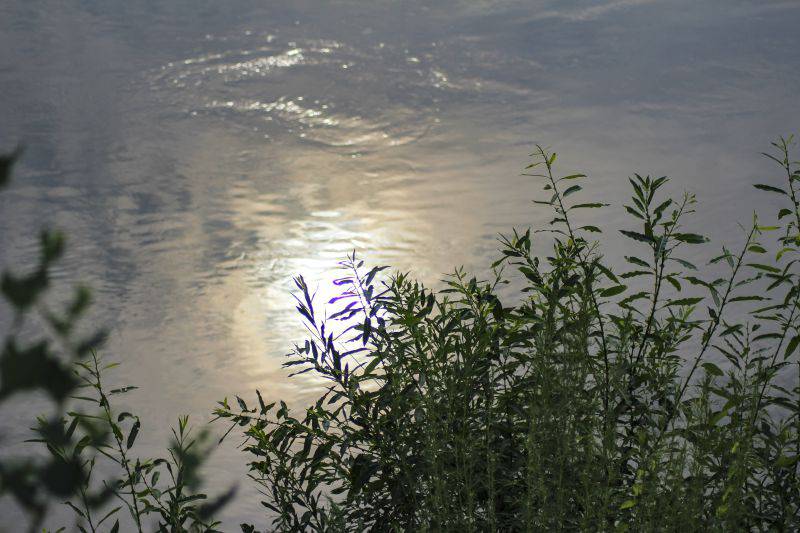 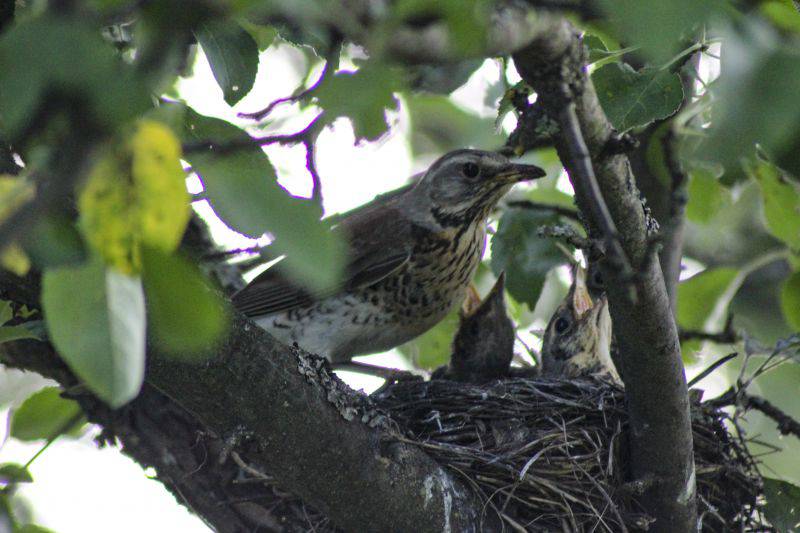 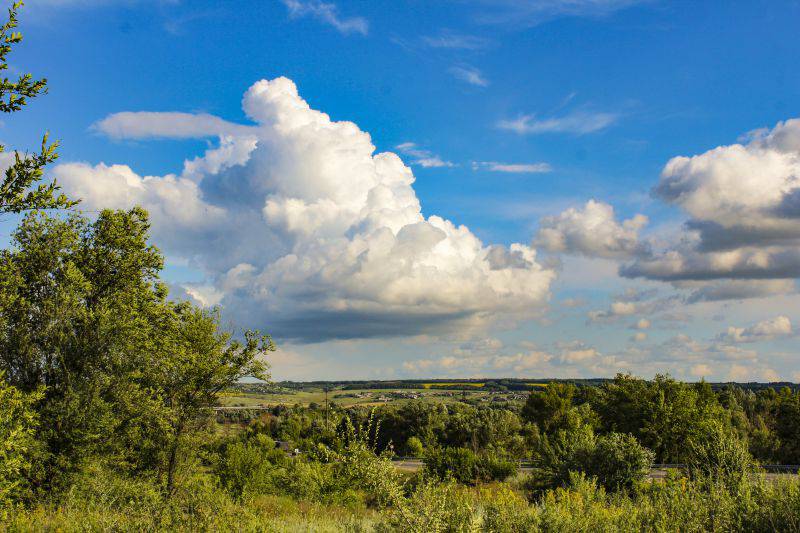 In vain, I guess I ran into Americans. To understand, one must be born and live here. And so ... what is a blind man talking about sunset, then tell an American about a free Russian soul.

Do not understand. It's a pity.

So apparently, we will have to continue to live misunderstood. Just a few thousand years. Well, never mind, we will live.

Ctrl Enter
Noticed oshЫbku Highlight text and press. Ctrl + Enter
We are
A great interview with Sergey Lavrov: about Ukraine, Obama and IranWhat you didn't want to know about England
Military Reviewin Yandex News
Military Reviewin Google News
215 comments
Information
Dear reader, to leave comments on the publication, you must to register.