November 12 2015
243
This definition of the operation of the Russian Aerospace Force in Syria I heard in a recent interview with Igor Strelkov. These words were unexpected precisely from him, because they coincided with the definitions of the State Department and ukroSMI. Maybe this time they are telling the truth, and the Strelkov coincides with them against their will? 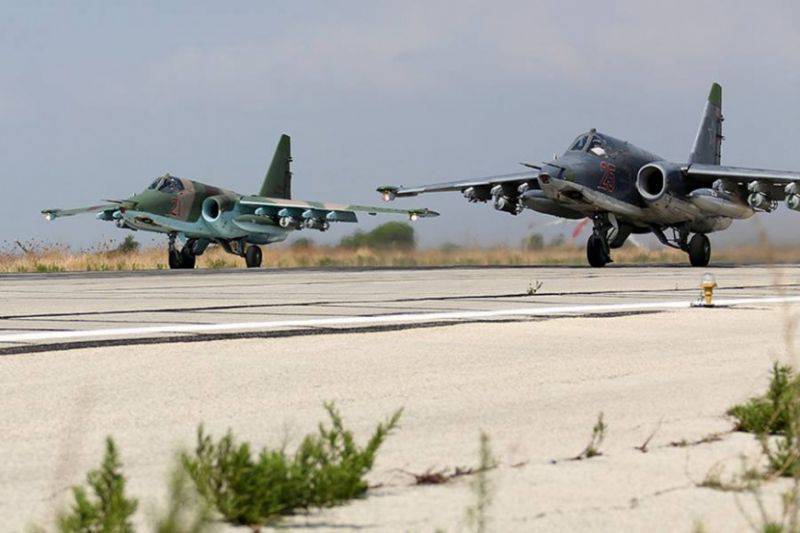 I did not read such comments from Russian analysts, although all of them were announced en masse to be affiliated with the Kremlin. But what about General Ivashov, who was all glowing, speaking of the operation of the VKS in Syria and the attack of Caliber cruise missiles? The well-known oppositionist Eduard Limonov, who was definitely not affiliated, also fully supported the Syrian operation of the VKS. By the way, he managed to create his own party, and the Kremlin was unable to prevent him ...

How to deal with the responses of many Western experts and even the military, who are talking about the effective work of the Russian Aerospace Force in Syria? And the State Department with the Pentagon, speaking of the "Syrian adventure", then suddenly fall into pessimism and deep thought. Although they should probably rejoice, as they rejoice in all our mistakes and tragedies.

Analysts with a name like Henry Kissinger talk about the undoubted success of Russia in the Middle East, that it forces out of the USA region, Russophobes with a name like Senator McCain sprinkle ashes on their head, and fall upon the weakling Obama. Only sophisticated conspiracy can explain all these incidents and continue to talk about the "Syrian adventure", or belief in the infallibility of its author. Or something else you don’t want to think about ...

Conspiracy is appropriate in other cases, but there are no clues in this to explain the recent Syrian events by some Washington multi-pass. Why Igor Strelkov got into bad company with the State Department, and not with General Ivashov, I do not understand.

It is also not clear why, speaking of Syria, Strelkov in his interview did not mention Iran and Iraq at all. That is, he does not know, or does not attach importance to the fact that Russia entered Syria in a coalition with Iran, which is already sending ground troops to Syria, and Iraq, where a joint information and intelligence center of the coalition has been created. In addition, there is also the political support of Egypt, where our Airborne Forces conduct joint exercises.

Thanks to the coalition created, Moscow added an air bridge over Iran and Iraq to Syria to the sea “Syrian express train” through the Turkish straits, through which our fighters flew, which is also used to supply our group in Latakia. Two supply bridges - is this much better than one?

The threat of Turkey closing the straits for our military courts, in which Strelkov sees the American hook for Russia, is, by the way, the threat of a war between Russia and Turkey, with NATO or without NATO. Because there is an international treaty on these straits, and this should be known to military experts. And it will also lead to a one-time stop 60% of the Turkish industry, which is supplied with Russian gas through the existing Blue Stream gas pipeline. So, who has someone on the hook is not at all obvious.

Even if Turkey closes the straits, there remains an air bridge and a friendly Egypt in this situation. In the event of a global confrontation with the United States, the bases in Syria turn into our advanced outpost, relying on all the countries of the established coalition. Then it will mean, in fact, the beginning of the Third World War, the analysis of which goes beyond the limits of our competence.

By the way, the operation in Syria has already produced results. If earlier Western experts talked about the fall of Damascus for several weeks, today they have fallen silent. The army of Bashar al-Assad, with the support of the Russian Aerospace Forces, from the air and Iranian military contingents on the ground, launched an offensive and achieved first victories. Moscow prevented the fall of Damascus Assad and the creation of an ISIS state centered on Damascus!

There is reason to believe that the US plan in Syria was in such a development of events. Then Washington could transform ISIS into a moderate regime, and use it for its own purposes, or bomb ISIS and Syria into the Stone Age, as he likes to do it, and lead its puppets to the ruins. In any case, Russia would be completely ousted from this key region of the world. So what? - other patriots of the Motherland will say, - this is “not our war”.

No, my friends, this is our war, as they say, on distant approaches. Let us pass them - the war will come to us, to the North Caucasus, we know about the plans of our "colleagues".

The Syrian war brings to mind the civil war in Spain in the 30 of the last century, the Spanish Republicans with the pro-fascist dictator Franco. Then Franco, with the support of Hitler and Mussolini and the friendly neutrality of the Western colonial "democracies", defeated the anti-fascist Republicans, our help to them was insufficient.

But if then the Republicans would have won in Spain, история would go the other way, the Second World War was delayed and Russia managed to rearm. Therefore, today in Syria, Russia is doing everything possible to win the secular, allied state of Bashar al-Assad.

In general, the Syrian war evokes many analogies with the Spanish war, which became the forerunner of the Second World War, unleashed by Hitler. Does the story really go in a circle, and the world cannot do anything about it?

... The Internet-party “Putinslil” from this “oil painting” is far, it wages war only with Kiev in Ukraine, all other platforms of the world hybrid war with Washington are not interesting for it, it exposes them to PR of the Kremlin and the next CPP.

And for some reason, he does not notice that it turns out in this case in a bad company ...

Ctrl Enter
Noticed oshЫbku Highlight text and press. Ctrl + Enter
We are
Results of the week. "The truth is easy and pleasant to say ..."Results of the week. “Look, the whole face is black! Have you ever read Moidodyr? ”
Military Reviewin Yandex News
Military Reviewin Google News
243 comments
Information
Dear reader, to leave comments on the publication, you must sign in.