November 10 2015
26
The Russian Helicopters holding company is discussing the possibility of repairing 2's Lao Mi-17 helicopters at the Sevastopol aircraft repair plant, RIA News a message from the Deputy Director General of the association, Alexander Scherbinin. 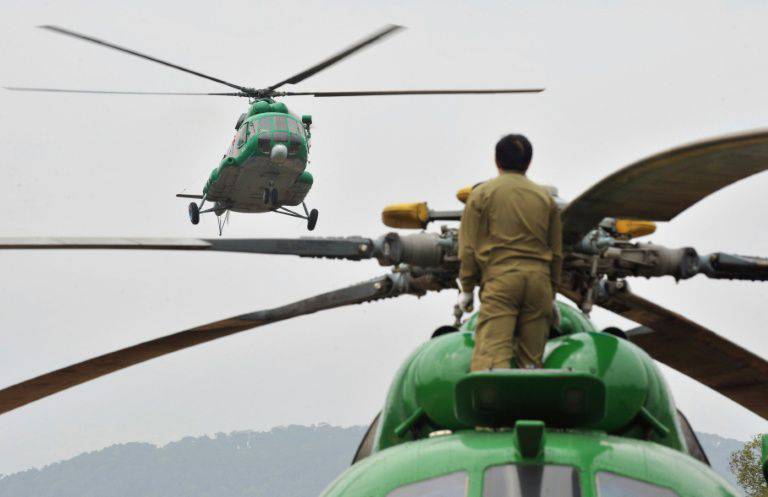 "Currently, discussions are underway on the possibility of repairing two Lao Mi-17 helicopters at the Sevastopol aircraft repair plant," said the deputy head of the Dubai Air Show.

As TSAMTO previously reported, “The 30-thousandth army of Laos is practically equipped with Soviet weapons and military equipment, the majority of which were made in 100-1950 years, by 1970%”.

Twelve Mi-17 helicopters were delivered to Laos in accordance with the contract signed at 1996. The deliveries were carried out by the Russian side during 3's years.