The remains of Soviet soldiers buried in the Sakhalin region

November 9 2015
20
The burial ceremony of the remains of 28-mi Soviet soldiers, found by the branch of the “Search Movement of Russia” on Shumshu Island, took place in Severo-Kurilsk (Paramushir island), reports RIA News the message of the Ministry of culture of the Sakhalin region. 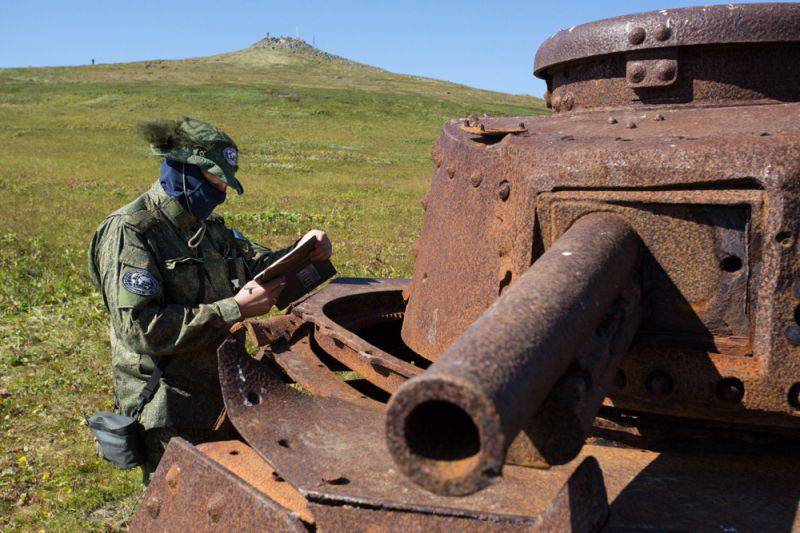 “The search for warrior remains on Shumshu Island at the site of the Kuril landing operation took place in August 2015. Sakhalin's search engines found the remains of 28 Soviet soldiers and 14 of Japanese soldiers, ”the report says.

“The remains of Soviet soldiers were handed over to the administration of the municipality (Severo-Kurilsk) to organize a solemn burial ceremony, and the remains of Japanese soldiers to the representatives of Japan,” the press service said.

According to the ministry, in September last year, search engines on the same island found the remains of 14-ti Soviet and 6-ti Japanese soldiers.

Ctrl Enter
Noticed oshЫbku Highlight text and press. Ctrl + Enter
We are
Japan will be transferred to the remains of soldiers killed in the KurilesIn Yuzhno-Kurilsk declared mourning for the dead border guards
Military Reviewin Yandex News
Military Reviewin Google News
20 comments
Information
Dear reader, to leave comments on the publication, you must to register.