November 9 2015
252
9 November is the International Day against Fascism, Racism and Anti-Semitism. At one time, the European union against nationalism, racism, and fascism, UNITED, initiated the definition of such a day on the calendar of memorable and mournful dates. It is a non-partisan public institution that united more than 560 public organizations from 46 European states.


And although the day has an international status, but, firstly, not every country in the world today allows itself to equate fascism, racism, anti-Semitism and crime as such, and secondly, if this day is in Europe or more The “extreme” West is somehow celebrated or at least just remembered, then the emphasis is not on all three destructive elements that gave the name to the day of grief, but at best only one. In some states, even the name of the sad day is curtailed, and, for example, the term “racism” is not used in the name.

One of the reasons for this state of affairs (so far without any connection with the geopolitical nuances and foreign policy of a number of states) is the date itself, which was chosen as the starting point for the International Day against Fascism, Racism and Anti-Semitism on the calendar. On the night of November 9, 1938, in Germany and Austria, pogroms took place against the Jewish population, carried out, as it were now said, by “civilian activists” and Sturmabteilung (SA) detachments - brown-ass fighters. In historiography, this event was called "Crystal Night" due to the fact that the streets of German and Austrian cities were literally strewn with glass fragments - fragments of shop-windows and shops belonging to representatives of the Jewish population.

The formal reason for the beginning of the pogroms, which the German police looked at through their fingers, was the murder of German diplomat Ernst von Rath (third secretary of the German embassy in Paris) 17-year-old Polish Jew Herschel (German) Grinspan. During the interrogation, Grynshpan stated that the murder of a German diplomat was revenge on the German authorities for arresting the representatives of his (Grynshpana) family as part of a large-scale campaign to expel Jews from Germany.

From the testimony of Zendel Grinshpan (the father of the murderer of a German diplomat) in 1961, at the trial of the Nazi criminal Adolf Eichmann:
Then (1938) they arrested us and put us in trucks in which the police transported prisoners, about 20 people were in each truck. And when they drove us to the train station, the streets were filled with people screaming: “Jews, get out! Get out to Palestine! ”
It is well known that the persecution of Jews in Germany began even before Grinshpan killed Rath, and the murder itself became the reason for the intensification of persecutions, which were eventually called the Holocaust. 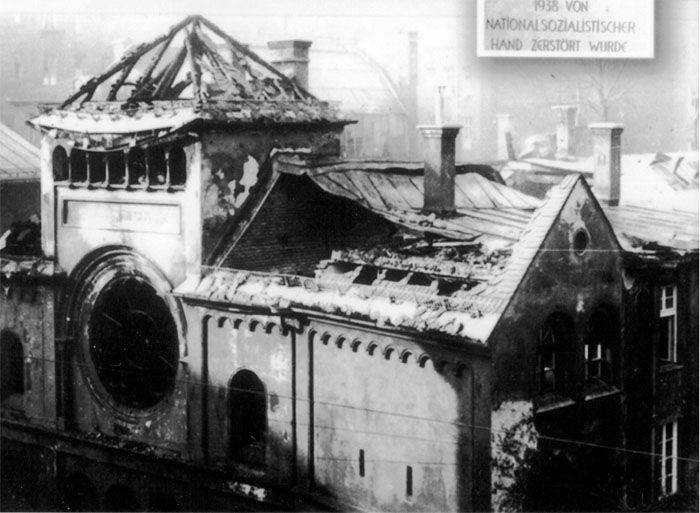 The ambiguity of the situation with the murder of Rath was that the German diplomat himself expressed overtly anti-Nazi views, and the Gestapo had his special card, which indicated his political unreliability.

Even more ambiguous is the fate of Grinshpan himself, who, according to historians, having passed through French and German prisons, was also interrogated after 6 years after the murder of Rath - in 1944, after which he literally disappears. According to some data, he was executed, according to others, he himself changed his name and was able to flee from Germany to 1945. In 1960, the court declared Herschel Grynshpap dead.

As a result of Kristallnacht, about 90 Jews were killed, more than 30 synagogues, dozens of Jewish shops and stores were burned. According to historians, up to 30, thousands of representatives of the Jewish faith were sent to concentration camps, where they declared to the Jews that they were being prepared for a mass departure to Palestine.

After the defeat of Nazism and Fascism in May 1945, the question arose of the need to perpetuate the memory of all the victims of these monstrous ideologies. In addition, it was not without the participation of the Soviet Union that attention was focused on the fact that racial segregation persists in a number of countries of the world and in the 20th century, which is unacceptable and needs special evaluation by the world community. And this very world community has put forward a special assessment, however, as it turns out today, the assessment was far from everywhere unequivocally accepted.

One example of the fact that not all states of the modern world are unequivocally ready to condemn fascism, Nazism and racism, while not fundamentally separating one from the other, is the last year’s UN vote on a resolution prepared by Russia in collaboration with several other countries. It turned out that three states of the world (USA, Canada and Ukraine) are not ready to condemn Nazi crimes. The delegations of the aforementioned states voted against the adoption of the resolution, trying to make a ridiculous argument that, they say, the clause on Stalinism should be added to the same draft resolution.

It turns out that the authorities of at least three states of the world do not see anything reprehensible in the destructive fascist ideology. This is not surprising, since the largest number of Nazi criminals who escaped Nuremberg and the gallows settled in the territory of the USA and Canada.

Fascism, on the other hand, has long been walking with its head held high in the Baltic countries, on the territory of the aforementioned Ukraine. Flare torch and frank threats against dissidents, carriers of Russian culture and language, supporters of maintaining friendly relations with Russia - have become virtually a daily occurrence for a number of Ukrainian cities. The ideological descendants of the German brown shirts, who became virtually pocket detachments of Ukrainian oligarchs, are trying to divide spheres of influence, which leads to casualties, including among law enforcement officers.

On the streets of Riga and Tallinn are marches legionnaires Waffen-SS. Now this, you see, is the national Baltic treasure. 70 years ago, this "property" cut out the Balts themselves, who spoke out against the Nazi occupation, burned the villages along with their inhabitants, and now this, you know, heroes, is the "pride of the nation." 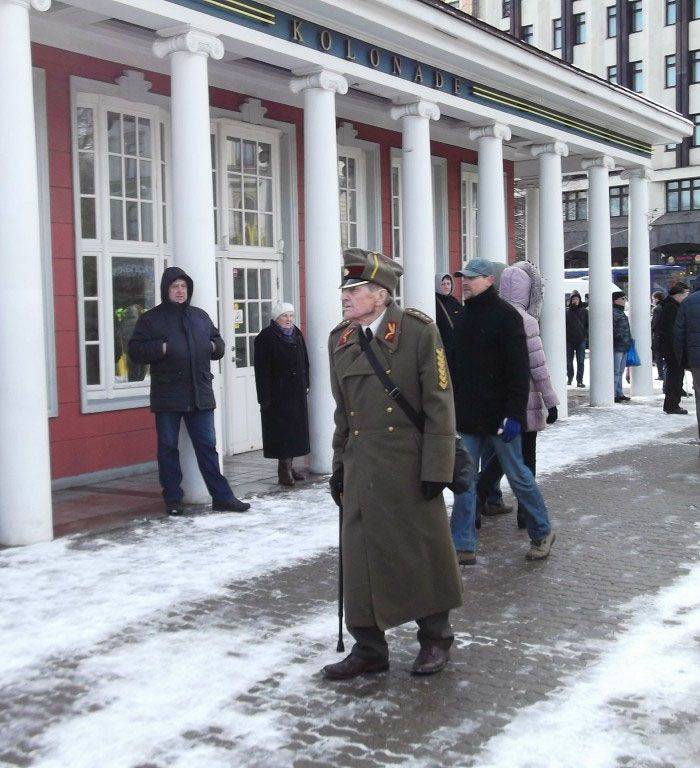 And along with the “heroes”, their ideological grandchildren pass through the streets of the Baltic cities (and not only of the Baltic, but also of Lviv, Ivano-Frankivsk, Kiev) - those who are ready to arrange a “Crystal Night” even today, even an anti-Russian pogrom, even burning temples and villages. These same “ideological grandchildren” terrorize the population of Donbass, continuing to rob and kill - those “skills” that are endowed, apparently, at the gene level.

That is why the International Day against Fascism, Racism and Anti-Semitism - this is not a day against that stated in the wording - separately, this is a day which, by definition, should make humanity think about the consequences of the ideology of superiority of one part of society over the other, the ideology of "best faith", "best race, "exceptional nation".