US Rescue: a window of opportunity 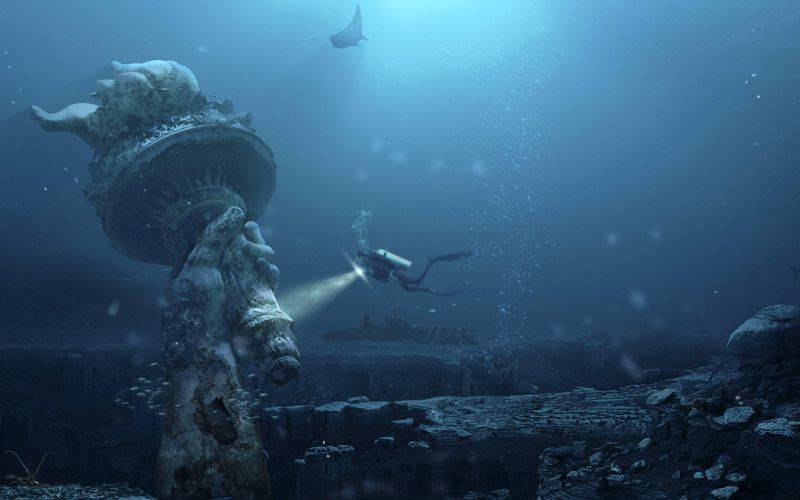 The paradox of the current global crisis is that over the past five years, all more or less responsible and independent states have made incredible efforts to save the United States from the impending financial, economic and military-political catastrophe. Moreover, this was done in spite of no less consistent actions by Washington aimed at destabilizing the world order, which is rightly defined as Pax americana ("American World").

Since politics is a game with a nonzero amount, that is, the loss of one is not necessarily the gain of another, this paradox has its own logical explanation. The crisis of any system arises when its internal organization conflicts with the amount of available resources (that is, the latter begin to lack to maintain the normal functioning of the system in the usual way). The situation involves at least three basic resolution options:

1. Reforming, when the internal organization of the system is evolutionarily brought into a state of compliance with the resource base.

2. The collapse of the system when the same thing happens in a revolutionary way.

3. Conservation, when threatening a system of influence is eliminated by force, and relations within the system are strictly preserved on the basis of unequal relations (no matter between classes, estates, castes, or states).

The conservation method was attempted by Minsk and Ching China, as well as by Tokugawa Japan. He successfully acted until the beginning (in the XIX century) of the era of capitalist globalization. But both Eastern civilizations (internally strong enough) could not withstand a collision with a technologically more advanced (and hence more powerful politically-military) European civilization. Japan found an answer to the path of modernization (reform) as early as the second half of the XIX century, China plunged into the depths of semi-colonial dependence and bloody civil wars for a century, until the new communist elite under the leadership of Deng Xiaoping could formulate its concept of modernization reforms.

This example leads us to the conclusion: the conservation of the system is possible only if it is insured against any unwanted external influences, that is, it controls the globalized world.

The contradiction between the concept of overcoming the crisis, adopted by the American elite and the alternative concept proposed by Russia, supported by China, then by BRICS, and now by a large part of the world, was that politicians in Washington proceeded from their ability to fully control the globalized world and direct its development along the path they need. Therefore, faced with the exhaustion of the resource base to ensure the mechanisms of global hegemony, they tried to solve the issue by forcefully suppressing potential opponents, in order to redistribute the global resources to their advantage.

In case of success, the United States was given the opportunity to repeat the experience of the end of 80, the beginning of 90, when the collapse of the USSR and the world socialist system under its control allowed the West to emerge from the crisis by redistributing global resources to its advantage. At the new stage, the talk was about the redistribution of resources not in favor of the collective West, but only in favor of the United States. This move gave the system a reprieve, which could be used to create a regime of conservation of unequal relations, in which the determining control of the American elite over power, raw materials, financial and industrial resources provided it from the danger of breaking the system from the inside, and the elimination of alternative power centers guaranteed the system from breaking into , making it eternal (at least in a historically visible period of time).

An alternative approach (let's call it conditionally Russian-Chinese) suggested that the total system resource would be exhausted faster than the United States would manage to create mechanisms for the conservation of its global hegemony. In turn, this led to a stretching and overstraining of forces that ensure the imperial suppression of the global periphery in the interests of the Washington center and further to the inevitable collapse of the system.

Two hundred and even a hundred years ago, politicians would act according to the principle of "falling push" and prepare to divide the inheritance of the next collapsing empire. However, the globalization of not only world industry and commerce (such was achieved by the end of the 19th century), but also world finance, made the collapse of the American empire an extremely dangerous and costly undertaking for the whole world. Roughly speaking, the United States could have buried a civilization under its rubble.

In this regard, in the framework of the Russian-Chinese approach, Washington was strongly offered a compromise option, implying a slow evolutionary erosion of American hegemony, a gradual reform of international financial, economic and military-political relations based on the existing system of international law.

The American elite was offered a "soft landing", while retaining a significant part of the influence and assets, but with a gradual adaptation of the system to the existing realities (bringing it in line with the available resource base), taking into account the interests of humanity, and not its "best part" in the form of families, which in fact threatened to turn into no more than thirty families.

In the end, it is always better to agree than to build a new world on the ashes of the old. Moreover, the world experience of such arrangements existed.

It also includes the practice of buying out an enterprise from an owner during nationalization instead of simple confiscation, and the Russian practice of national consensus of the last decade, when the oligarchs were persuaded (through targeted repressions applied to the most indomitable and unintelligent) to share power and income with the people and the state. The result, of course, did not satisfy the radicals on both sides, but they managed to avoid civil war and the destruction of statehood.

Up to 2015, the American elite (at least, that part of it that determined US policy) was confident that the available financial, economic and military-political power would be enough to break the rest of the world and still preserve Washington’s hegemony on the basis of the deprivation of real political sovereignty and any economic rights of all (including at the final stage and the people of the United States). Eurobureaucracy was a serious ally for it - that is, the comprador, cosmopolitan part of the EU elite, whose well-being was based on integration into the transatlantic (that is, US-controlled) EU structures (in which the thesis of Atlantic solidarity became a geopolitical dogma) and NATO, contrary to the interests of national states - EU members.

However, the Ukrainian crisis dragged out much longer than originally planned, the dramatic military-political activization of Russia in resolving the Syrian crisis (to which the US did not have an adequate response) and, most importantly, the progressive creation of alternative financial and economic structures that challenge the position of the dollar as world currency, forced to activate a compromise-prone part of the American elite (which in the past decade and a half has been effectively excluded from serious influence Nia strategic decisions).

The latest statements by Kerry and Obama, ranging from readiness for a mutually acceptable compromise on all controversial issues (even Kiev receives instructions to “fulfill Minsk”), to continue the course of confrontation, are evidence of the intensification of the struggle in the Washington establishment.

It is impossible to predict the results of this struggle - too many status politicians and influential families linked their future with the course towards the preservation of imperial domination so that it would be painless for them to abandon it. In reality, multi-billion states and entire political dynasties are at stake.

However, it is absolutely possible to state that for any solutions there is a certain window of opportunity. So: the window of opportunity allowing the United States to land softly and in a compromise way is closing. The Washington elites will inevitably face significantly more serious problems than those that were expected of them 10-15 years ago. But for the time being it is still a question of landing, even if it is tougher and with costs, and not about a catastrophe.

Nevertheless, the United States must think quickly. Their resources are melting much faster than expected by the authors of the plan of imperial conservation. To the loss of control over the BRICS countries, a creeping, but rather fast loss of control over European politics and the beginning of geopolitical maneuvering of the monarchies of the Middle East are added. The financial and economic structures created and launched by Russia, China, BRICS are developing according to their own logic, and Moscow and Beijing are not able to slow down their development for too long in anticipation of the manifestation of the American contractual capacity.

Somewhere in 2016, the point of return will be finally passed, and the American elites will no longer be able to choose between compromise terms and collapse. The only thing they will then be able to do is to slam the door loudly, trying to drag the rest of the world with them into the abyss.

But they will succeed in suicide, but the problem of the killing of a civilization is not so easily solved even with American cash resources. And what will be left in a year or two?

Ctrl Enter
Noticed oshЫbku Highlight text and press. Ctrl + Enter
We are
The world we leave, the world we enter, and the world between themUnipolar world modeled on Pax Americana ("Rebelion", Spain)
Military Reviewin Yandex News
Military Reviewin Google News
112 comments
Information
Dear reader, to leave comments on the publication, you must to register.