Turkey after the elections: Erdogan promises stability instead of chaos 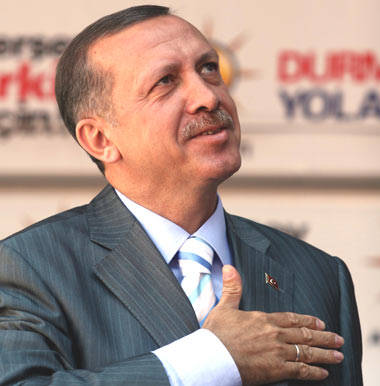 On Sunday, November 1, a repeat parliamentary election was held in Turkey. The first, as we remember, were held in June and led to political uncertainty, which did not allow the formation of a functioning government of the country. The Justice and Development Party (PSiR), now founded by President Recep Tayyip Erdogan, won the votes of 49,4 percent of voters and with them 317 from 550 seats in the country's parliament - the Grand National Assembly of Turkey.


Europeans are not happy with the rerun results

The return of the presidential party to power caused a very different reaction in the country. Some Turks selflessly celebrated the victory (PSiR) on the streets and squares, while others went out on mass protests and received tear gas, water cannons and police batons in response. Europe also frowned, a week ago, through the mouth of the German Chancellor, inviting the Turkish president to broad cooperation.

Representatives of the OSCE and PACE called the elections in Turkey "dishonest." Thus, the PACE Swiss MP Andreas Gross notes that the election campaign was unfair and was accompanied by fear. He is echoed by the OSCE Special Coordinator Ignacio Sanchez Amor. He saw serious pressure on the press - individual journalists in Turkey were harassed and intimidated.

It must be said for these statements, distributed by the German portal "Deutsche Welle", there are grounds. After all, the president of Turkey was actively involved in the election campaign. According to the country's constitution, it must be outside the political struggle. Recep Erdogan ignored this constitutional demand and led the company under the slogan: “Either I, or Chaos”, turning on the entire power of the administrative resource.

You can understand Erdogan. For more than ten years his party was in power. Decently strengthened, promoting a gradual Islamic revival. The June elections were intended to further strengthen the power of the PSiR. Erdogan hoped to achieve a constitutional majority in the Majlis in order to reformat the country's main law and create a presidential republic in Turkey. Did not happen. Supporters of a secular parliamentary republic put up a desperate resistance. I had to make repeat elections in order by hook or by crook to fix the majority of the presidential party in the national assembly.

These political swings have long been in Turkey history. It began with the legendary Mustafa Kemal Ataturk. By the time of the fall of the Ottoman Empire, Kemal Pasha was promoted to the rank of army commander. At a crucial time for the country, he founded and headed the Republican People’s Party of Turkey. With this political force, Atatürk created a secular state in the western part of the former Islamic empire - the Republic of Turkey and for a long fifteen years became its president, the first in the history of the country.

The reforms of Mustafa Kemal Ataturk thoroughly shook up Turkish society. He abolished the caliphate and declared a republic. On the European model reworked civil and criminal codes, introduced the Latin alphabet and secular education in the country. Dervish orders were closed, religion was separated from the state, women were granted the right to vote. Atatürk canceled titles and feudal forms of conversion. The Republic has introduced names for citizens.

Much more has been done. Even clothes have undergone radical reforms. No need to think that the country has become completely happy from the surging changes, and the Turks joyfully threw their fez into the air, changing them to European hats on the way. There was resistance, but Ataturk stopped him tightly. This was facilitated by the military past of the first Turkish president and his reforms. They found support among the majority of the population.

How to promote the Islamic revival of Turkey

Ataturk was not in 1938. Supporters of the religious development of Turkey for a long time will not be able to find support in the community. They will rise only in the late fifties and will claim power. Interference Islamists will be the military. The Turkish High Command will make several coups (in 1960, 1971, 1980, and 1997), bringing the country back to the principles Mustafa Kemal Ataturk has formed.

The most recent coup in Turkey, 1997, will be called “soft”. He really will be bloodless compared to, say, 1980. Then the military who came to power only executed more than 500 people by a court sentence. Hundreds of thousands of people were repressed - imprisoned, deprived of work and passports.

In February, 1997, when the Turkish army once again intervened in politics, was caused by the violation of the secular constitution of the Turkish Republic. Such an accusation was brought against the president of the country Necmettin Erbakan, who launched an active religious propaganda. He even prepared to allow the wearing of hijabs in public places. Erbakan was forced to resign. His party (the Party of Welfare) was banned, and all its property was transferred to the state.

The current Turkish President Recep Tayyip Erdogan in 1997, served as mayor of Istanbul and was part of the leading core of the Prosperity Party. After the coup, the military will convict Recep Erdogan under the article "Incitement to hatred and enmity on religious and racial grounds," and he will spend four months in prison.

The conservative Islamic party will be revived only in 2001 year. Under the new name (Justice and Development Party-PSiR) it will be recreated by young Islamist reformers. Abdullah Gul (the future president of Turkey) and Tayyip Erdogan (later the prime minister of the country, now the president) will take an active part in this process. A year later, this conservative Islamic party will win national elections and will come to power in Turkey for many years.

With the military, Gul and Erdogan quit only ten years later. In the autumn of 2010, by then seriously entrenched in the public consciousness, the CPA will hold a constitutional referendum in Turkey. Major legislative changes were proposed under the standards of the European Union. Thus, the influence of the army on political and public life was limited, the role of military tribunals was significantly reduced, the legal inviolability of organizers of military coups, etc., was abolished.

The introduction of amendments supported 58 percent of voters. They did not get to the European Union, but in the next two years after the referendum, the P & R thoroughly cleared the military. More than a dozen generals (including the former chief of the general staff of the Turkish army) and hundreds of officers were arrested and convicted for participating in coups or training them. Now the power of the presidential party has further strengthened the repeated parliamentary elections that took place on November 1

Not everyone is counting on stability, or Such different predictions ...

The results of the repeat elections for many observers were unexpected. After all, the forecasts of experts practically repeated the result of the June voting. “We were wrong, and why it remains to be seen,” says now Tarkhan Erdem, the owner of KONDA research company. He fears that a period of schism and hate propaganda will come in society.

There are grounds for such concerns. The political culture of Turkey includes not only rallies and marches to defend their positions. For example, in the distant eightieth military coup stopped a hard political clinch in which Islamists, Kurds, Communists, Democrats, leftists came together. Then in their clashes killed more than five thousand people. Buried Turkey and the current participants of the election political battles.

Hussein Bagchi, a professor at the Middle East Technical University, even believes that “fear determined the results of the elections in Turkey”. Now he hopes that the authorities are aware of their responsibility. So he appreciated the speech after the victory of the PSiR official leader, Prime Minister Ahmet Davutoglu. “He was talking about democracy. It seems that Davutoglu understands that Turkey needs to overcome fear. ” This is exactly what the Turkish prime minister said recently: “No one should be afraid of discrimination, we will end the split, conflict and tension in Turkey.” In comparison with the statements of President Erdogan, Professor Bagchi called Davutoglu's speech "warm."

However, the main one in this powerful tandem is still the tough and uncompromising president Recep Tayyip Erdogan. This intervention has turned the tide of the elections, and today Islamists applaud him with their prospects. Erdogan already did a lot of things for which in 1997 the military removed his ideological predecessor, President Necmettin Erbakan, from power. Religious education has been restored in Turkey today and even efforts are being made to have more such schools than secular ones. Women are allowed to wear hijabs in public places.

Now the topic of the local media was the revival of the caliphate led by Erdogan. Erdogan himself in official rhetoric tries to avoid this term. Indeed, in the current constitution of the country there are still restrictions on the use of religion for political purposes. Even the ruling party PSiR "moderately Islamist" called exclusively by political scientists.

Meanwhile, Alexander Sotnichenko, associate professor of the Theory and History of International Relations at St. Petersburg State University, said: “Erdogan’s presidential ambitions are very appealing to traditional Muslims who dream of a certain spiritual restoration of the Ottoman Empire, of the greatness of the first Muslim caliphs, which often compare Erdogan. ”

There is no need to go far for examples. Here is what Abdurrahman Dilipak from the Yeni Akit newspaper, controlled by the ruling C & R, writes about this. He recalls that a caliphate has always existed in Turkey, and if it revives, representatives from all Muslim countries of the world will occupy their offices in Ak-Saray presidential palace, and Recep Tayyip Erdogan can become a recognized leader of Sunni Muslims around the world and even “Caliph” ".

Dilipak's dreams didn’t arise from scratch. The world remembers the close ties of the Turkish president with the pro-Islamic regimes in Egypt and Tunisia and how Erdogan protected them from the subsequent fall. There is evidence of contacts between the Turkish authorities and Islamist militants, who call their grouping "Islamic State". Last year, after taking Mosul, they arrested the employees of the Turkish Consulate General and their family members - a total of 49 people. Then they quickly let go.

Rezhedep Erdogan then declared that the liberation of Turkish citizens was not ransom: “There are things that can not be said. The state cannot be controlled as if it were a private shop. ” Many experts rated this deal as a manifestation of mutual cooperation. They refer to the Takva Haber website, which is close to the Islamic State (based, by the way, in Turkey). The site reported that the order to free the hostages was given by the newly-minted "caliph" Abu-Bakr al-Baghdadi. "The key to the success of the negotiations was the mutual recognition of the other side by the state."

…There is nothing surprising. Today, experts agree that for Islamists in many countries of the world, the Justice and Development Party of Turkey is its own party. They are blood relatives. Therefore, one can hardly expect that after the elections, the Republic of Turkey is waiting for stability and order. Over the years of secular development, generations of people have grown up here who are alien to traditions that are so dear to the heart of President Erdogan. Without a struggle, these people will definitely not give up their positions.

Ctrl Enter
Noticed oshЫbku Highlight text and press. Ctrl + Enter
We are
The attack on the Russian aircraft and the political situation in TurkeyTurkey: fighters for democracy came together
Military Reviewin Yandex News
Military Reviewin Google News
11 comments
Information
Dear reader, to leave comments on the publication, you must to register.