Mourning??? Ethical moments of what happened ... 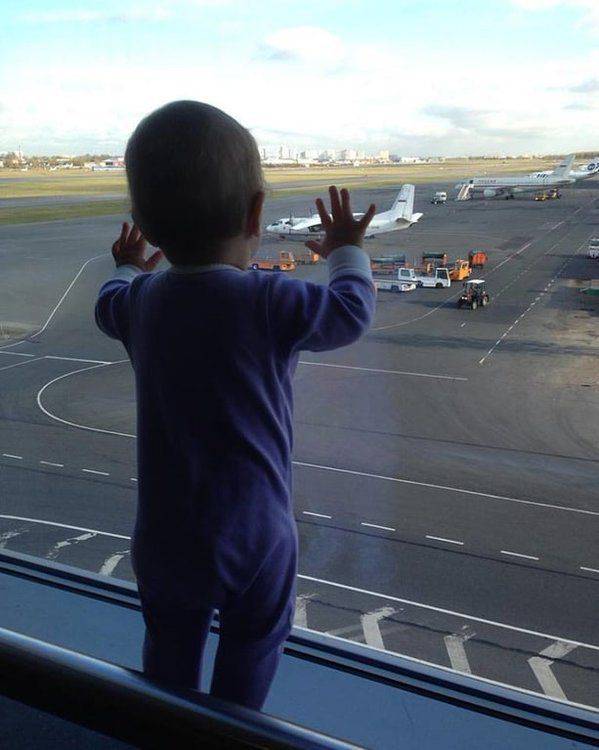 It is well known that excited emotions are a bad help for sober assessments, therefore, in the name of adequacy, I found it necessary to write this note when the first and most powerful wave of them began to decline. And although история this is still far from over, and the search for the causes of the plane crash in Egypt is now in full swing, the public reaction has mostly already occurred, and I would like to focus on it.

Reading the comments on the Internet, in particular at VO, I nevertheless realized that I was far from alone in my feeling of some regular mystery into which a significant part of our society and a considerable part of foreign ones somehow got involved. All this action is actively spurred by the media, scoring 3 / 4 broadcasting networks with reports about the "crash of a Russian airliner."

Tragedy? Of course! But although the Tatarstan air crash of the Boeing-737 airline and the crash of the crashed team of Lokomotiv hockey players, and much more, are still fresh in memory, this time the theme is “savoring” with some kind of epic scale that always alarms me ...

There is some dissonance in this stream of sincere grief over the dead and bloated (pseudo -?) With the participation of the crowd involved in some all-Russian "flash mob" of sympathy. So many condolences, repetitive sentimental photos and hashtags in social networks, sad poems ... In theory, the soul should feel better from such a union in a gloomy moment, but I do not leave an unpleasant feeling of some kind of artificiality and unusual diligence, why suddenly this catastrophe caused such a surge ?

And in the comments I saw a lot of similar misunderstandings on this subject: people sympathize, but they are perplexed about how to single out some before others who died in similar circumstances, not to mention the scale of memorable actions that make them feel, to put it mildly, embarrassing when in mind involuntarily you compare them with rare and pale reports with a running line about tribute to the memory of veterans of the Great Patriotic War, about those who died in the execution of the next task of law enforcement officers, etc.

Such a discrepancy in the approaches to the coverage of such subjects raises the question of its moral background, which divides society in opinions, and this split is very noticeable. All this is done for a reason, and is a kind of signal to society from the liberal "elite" about its ethical priorities, about who it relies on in its policy. Say what you like, but vacationers in Sharm el-Sheikh and working in the countryside somewhere in the Pskov region are hardly the same people, and therefore some circumstances need to be clarified:

Official prayer for those who have died or perished in their moral basis, he has compassion for those who have departed to another world, Love for them and forgiveness by the people who continue to live of all that the departed did not do so, as it was necessary for man to do in the course of God's providence. Those. even if the deceased is deeply sinful, then there will be people who will forgive him and will sincerely pray for his soul, not only in spite of his sins, but in spite of them, and this is normal.

MOURNING (especially statewide) initially - expression of recognition by the living of certain merits of the dead before the living. These merits can be both true and false (that is, the society, due to the widespread sinfulness in it, can be mistaken in its assessment of the merits of sinners). But if there is no merit, then there is no ethical reason for mourning.

FROM THE RECENT PAST:

After the fire in the Lame 7 December, 2009 was declared the day of nationwide mourning (111 died immediately, more than 130 hospitalized victims of varying severity, of whom more than 30 died within the next two weeks).
After the accident at the Sayano-Shushenskaya HPP 7 in August 2009, which killed 76 people and caused heavy damage to the production potential of the country - mourning was declared only in Khakassia (in the subject of the Russian Federation, in which the hydroelectric station is located) and "departmental" mourning was announced enterprises of the company Rus-Hydro. There was no mourning for the workers who died in the performance of their official duties.

The question is: What are the merits of the victims of the fire in a nightclub before the people? What did they do so socially useful to declare nationwide mourning was ethically legitimate? Why did the topics generated by this tragedy not go off the screens for two and a half weeks? Why from the state budget - i.e. from public funds - to the detriment of the common people were paid compensation to the victims and those killed at the party, and not at least from the funds of the owners of the burned-out club, who did not bother to provide security in it? To declare national mourning over those who died as a result of the fire in the "brothel" * - not only Russia knew this, but not one country in the world ... This does not mean that those killed in the Lame Horse fire are not worthy of compassion and requiem prayers, but as well as the sorrow and memory of their loved ones. But their death - can not be a cause for nationwide mourning.

Unlike those killed in the Lame Horse fire, those who died at the Sayano-Shushenskaya Hydroelectric Power Station had merit before the Fatherland, but national mourning for them was not announced: they were neglected.

* The difference between a brothel and a nightclub for the rich, which was the Lame Horse club, is not a matter of principle. And in ethical terms, this difference - in favor of the brothel: the brothel is more honest - does not pretend to be innocent, as the nightclub does.