Avtomaydanovtsy attacked the inhabitants of Odessa, gathered to honor the memory of those killed in the House of Trade Unions

November 3 2015
27
In Odessa, the activists of the Avtomaydan organization attacked the citizens who gathered on the Kulikovo Field in order to honor the memory of the victims of the tragedy that took place on 2 in May last year, reports RIA News message publication "Timer". 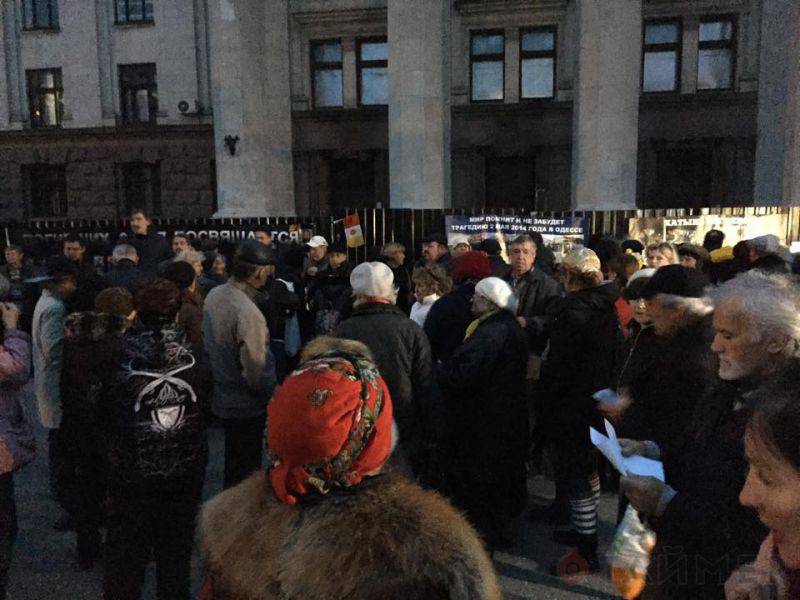 According to the newspaper, "representatives of Avtomaydan provoked local residents and staged a fight, during which tear gas was used."

It is also reported that “avtomaydanovtsy who attacked the citizens of Odessa burned a banner with photos of the trade unions who died in the House and said:“ They were born to live. They took this life from them ”.”

Later, protesters and supporters of Avtomaydan divided the police cordon.

Ctrl Enter
Noticed oshЫbku Highlight text and press. Ctrl + Enter
We are
The situation in the south-east of Ukraine. Chronicle of events. 3 MayMore than 200 people injured in clashes in Odessa, 37 killed.
Military Reviewin Yandex News
Military Reviewin Google News
27 comments
Information
Dear reader, to leave comments on the publication, you must to register.