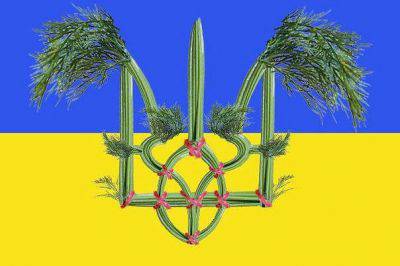 Perhaps he was greatly impressed by the words of Vladimir Putin at the Valdai Club in Sochi: “When the fight is inevitable, we must beat first!” Well, there is a reason for this, and not only a yard fight: the president is the strongest figure on the political board , as in chess, and not a single figure taken separately can repel its blow.


President Poroshenko still has some power assets, and he let them in, conducted a special operation by the SBU and the GPU and not without noise and dust, but still arrested the right hand of the enemy oligarch Kolomoisky, the leader of the Ukrop party, Genu Korban. And, they say, his closest henchmen with criminal callsigns.

What will happen next is not entirely clear, because Putin has not delivered this strategy to the end: you need to beat the enemies to the end, and Poroshenko himself may not think of it before. Another important question is how Poroshenko’s enemies will react to this and, most importantly, US Ambassador Jeffrey Payette. And the last most important question: whether Poroshenko’s chocolate charisma, which has already been badly corroded by human rights activists, will withstand these tests, even with corruption!

But the main question of the second stage of the Bandera "revolution of hydration" that had come: would she give birth to a Fuhrer or not? All other questions depend on it.

In the battle of Poroshenko and Kolomoisky, the Bandera-Nazi Führer could be born, having accomplished his first feat: by eating a chocolate president. Or he will not be born, and Poroshenko will become the chocolate dictator Pinochet. This dilemma will be resolved under the cover of the “night of long nights”, about which they talked a lot, and I, too, and now it comes ... With Bandera folklore: “Yatsenyak is on the gilyak!” Homosexual Oleg Lyashko shouts “Tariff Maidan” in response, shouting because "onizhedeti"!

What are the layouts preceded by a presidential attack on the "Dill"? Jeffrey Payette accused the GPU (General Prosecutor of Ukraine!) Of covering up corruption, that is, he wanted to disperse the main force that is now at war with the “Dill” of the oligarch Kolomoisky.

It turns out, Payette wanted to disrupt the special operation of Chocolate against Dill! Chocolate did not succumb, and still prepared Dill in special storage. What does this work out? Chocolate came out of Payette obedience, and marks in Pinochet! And Payette makes a bet on the future Bandera Fuhrer, who will devour Chocolate!

It is noteworthy that Payette, and his superiors in Washington, did not summon Kolomoisky to the carpet, as they did it more than once, but they keep silent and do not speak words of encouragement and support from Poroshenko. It has been suggested that they Poroshenko have already written off, and then throw with loans, which the Kiev authorities need as gas! We are waiting for words of support from the fathers of Biden-McCain’s Bandera "democracy", if not wait, then Poroshenko’s affairs are very bad.

November 15 is expected to have a second round of local elections, which is expected, because the elections and dill harvesting can interfere with each other. This November day may be the moment of Bandera truth. All Banderia is now divided into two parties, according to famous dill and chocolates, which curse each other in the name of Putin.

The struggle is not only for the last assets of Ukraine in the form of mining and processing of Dnepropetrovsk and Odessa maritime berths. It is also a kind of feudal strife between the Dnepropetrovsk clan and the Kiev authorities, the Banderovites of the southeast and west of Ukraine. Note that Yarosh with the “Right Sector” is based in his native Dnepropetrovsk, and the militants of “Freedom” Tyagnybok in Western Ukraine, and they do not harbor sympathy for each other.

By force, he said the words of support to Dill: “You cannot call us fans of the Dill party, or, especially, Korban’s lawyers. To him really can have a lot of questions from law enforcement. He is definitely not holy. But we are outraged by selective justice. ” That is, Tiagnybok says that “selective justice” should not extend to them ...

Which party will win is unclear, but regardless of this, some results are already obvious. The ruling "pro-European" (!) Coalition in the parliament will collapse, which, according to the law, should lead to new parliamentary elections. The approval of amendments to the Constitution, according to the Minsk agreements, fails, as do the agreements themselves. The default becomes inevitable, loans of the West hang in the air. And all these gifts - to the new 2016 year! Banderia can not survive New Year's Eve! God grant that it is warm, and you can meet it without gas.

Smart rats will soon run from the ship Bandera "gidnosti", because they do not want to hang on his Gilyaks. I once wrote that the result of all controlled American democratic chaos becomes just chaos: revolution always burns to the ground, the art of “management” lies in looting the governors on the remains of the country, and roasting unwanted colleagues in its fire. Russia, a scientist with its own revolutions, pulled away from this fire, and who does not have time to hide, she is not guilty ...

Ctrl Enter
Noticed oshЫbku Highlight text and press. Ctrl + Enter
We are
Results of the week. "What kind of noise, but no fight ?!"Situational analysis of the death of the MH17 flight (Malaysian Boeing 777), made on the basis of engineering analysis from 15.08.2014
Military Reviewin Yandex News
Military Reviewin Google News
41 comment
Information
Dear reader, to leave comments on the publication, you must to register.