Russian unpredictability instilled fear in the hearts of Western generals

November 3 2015
152
The US Army intends to increase the number of troops and military equipment in Europe. The reason is clear: Moscow allegedly worsened "revanchist" moods. Some commanders who settled in Europe seem to be nostalgic for the Cold War: the Western press writes that 28 thousands of US military are based on the continent, and during the Cold War there were three hundred thousand of them. Some Western generals believe that Moscow is "preparing for offensive operations." 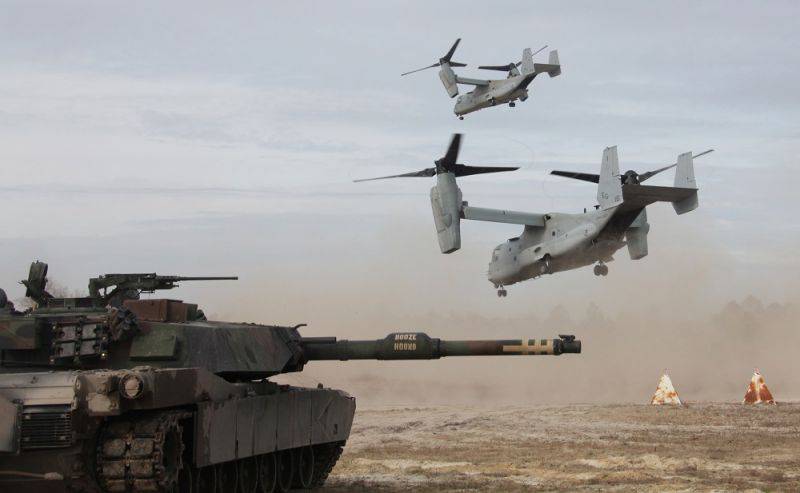 In the edition "Stars and Stripes" There was a report by John Vandiver, transmitted from Wiesbaden (Germany).

The correspondent notes that the US Army is reviewing the structure of its armed forces in Europe in order to effectively confront "revanchist Russia." This was announced by the publication of the head of the US Army in Europe Mark Milli himself.

The other day there was a meeting in which more than thirty European army generals participated. Milli believes that the era of "the steady reduction of" forces in Europe should be stopped. “No, we do not need to deploy forces at the level of the Cold War or do anything like that,” Milli said in an interview. “But at the same time, we want to make sure that we have enough opportunities to deter further aggression from Russia.”

Checking the army units for compliance with the new challenges of time in Europe does not yet have a deadline. One thing is known: according to its results recommendations will be presented to the Pentagon. In turn, they must approve the White House.

Earlier, last year, after Russia's intervention in the situation in Ukraine, the newspaper notes, the US military strengthened its presence in Europe: there were more ships, airplanes and ground forces in the region, despite budgetary restrictions.

And yet, the reduction of military forces in the region for more than two decades has meant that approximately 300000 people who did their duty in Europe during the Cold War left only about 28000 soldiers.

The command of the US armed forces in Europe is looking for ways to demonstrate strength and show the ability of the army to concentrate, if necessary, large forces in the Baltic states and Poland. The publication recalls that recently delivered about 250 tanks and units of other heavy equipment will eventually be placed in NATO countries at the borders of Russia. Milli said he expects an increase in the presence of troops in the region based on rotation.

The West is seriously worried about the “Russian military operations” that spread from Eastern Europe to the Mediterranean Sea and went beyond it. Moscow has deployed a large number of ships in the Mediterranean Sea and recently actively intervenes in the situation in Syria (air strikes against the positions of the "Islamic State" and against opponents of the regime of Bashar al-Assad, the newspaper notes).

During the conference in Wiesbaden, the deployment of military forces by Moscow in recent years has just become the focus of discussion. Millie considers Russia a military threat to the United States.

Russia's intervention in the situation in Ukraine and Syria, the journalist writes, showed how radically Russian carried out military reforms after the short war with Georgia in 2008, at the very time when the United States and its European allies still “enjoyed” a decisive military advantage over Moscow land forces, naval and air forces.

The generals are saddened, and this is why: it turns out, Moscow is using its geographic location. In the short term, the Russians can "quickly crush NATO allies in the Baltic countries, who have rather limited defense capabilities and are isolated from the main NATO forces."

The European Council on Foreign Relations believes that military escalation on the European continent is hardly inevitable, but "it cannot be excluded." One expert in the reports concluded that Europe and the United States had underestimated the military reforms in Russia: "Russia is clearly preparing for offensive operations."

As for Mr. Milli, he believes that it is difficult to guess what the next step of Moscow will be, but the modernized army of Russia and the “newest история interventions in Ukraine "are suggestive ..." This demonstrates the possible behavior of (Russia) in the future, "said a military official. And if the Russians are not “curbed”, it will all end “badly.” “I don’t know,” he said, “what Russia will do in the future, no one knows. But I know what they have been doing since 2008, and I know my capabilities. And this is a cause for concern. ”

Moscow, Mr. Millie, does not advise "to underestimate the capabilities of 28 of NATO states", as well as the "collective advantages" of the alliance in firepower. “Russia has no 28 allies,” he said, not without irony.

Recall that not only the United States, but also Great Britain and Germany plan to deploy troops in the Baltic States - not on a permanent basis, but on a rotational basis, without formally violating the agreement concluded with Moscow during the Cold War. Rotation of military personnel in the units will allow the alliance to keep troops near the borders of the Russian Federation almost constantly.

A month ago, the NATO Council of Ministers of Defense decided to double the number of “rapid reaction” forces in Europe. Their command centers are established in Bulgaria, Latvia, Lithuania, Estonia, Poland and Romania.

In addition, NATO is concerned about the launch of Russian missiles at targets in Syria. In October, Secretary General Jens Stoltenberg himself spoke on this subject, speaking to NATO defense ministers in Brussels.

He said NATO’s readiness to protect its allies, "including Turkey, from any threats." “We intend to analyze the situation in Syria,” he said, and noted that NATO is observing “a significant increase in capabilities” of Russia in Syria, which “causes concern.”

So, NATO sees Russia’s aspirations for “revanchism” all around: first Ukraine, then Syria. The hint of the military is transparent: the generals imply that the Kremlin has decided to restore the former power of the USSR, and this should not be allowed to happen. Therefore, in the discussions at the level of commanders of American forces in Europe and the NATO defense ministers constantly see through the “Baltic” themes - they say, the Baltic countries have “rather limited defense capabilities”. The Western military and Russian unpredictability are afraid: “no one knows” what Moscow will do next.