MoD of India will procure C-400 systems in Russia 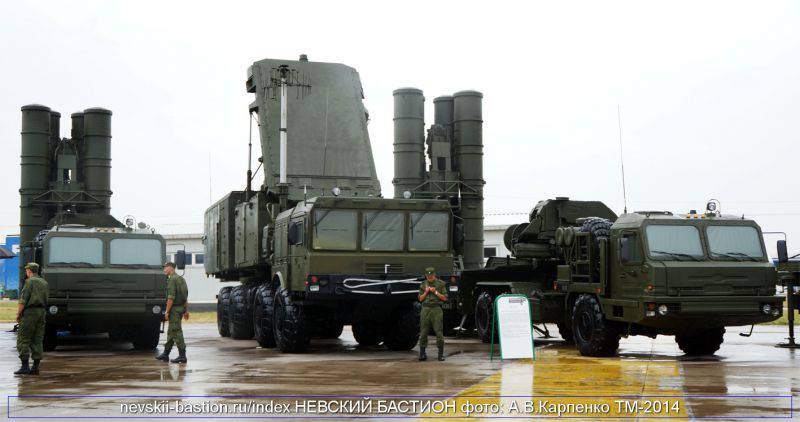 According to the source of the publication, "The Indian Air Force is interested in acquiring the order of 10 missile systems C-400."

He noted that "the project is being considered at an accelerated pace due to the extreme operational requirements, since in 2017, six such systems will be supplied to China."

According to the newspaper, "on Friday, Indian Defense Minister Manohar Parrikar flew to Moscow to attend the next meeting of the intergovernmental commission on military-technical cooperation." As expected, during the visit, “the issue of acquiring C-400 will also be discussed.”

In addition, according to the Economic Times, "the parties should discuss the project on the joint production of Ka-226T helicopters under the" Do in India "program, as well as the leasing of the second nuclear submarine of the Shark class."

Ctrl Enter
Noticed oshЫbku Highlight text and press. Ctrl + Enter
We are
The flag is hoisted on the nuclear submarine Severodvinsk!Ka-226T vs Fennek: Russia is confident in victory
Military Reviewin Yandex News
Military Reviewin Google News
69 comments
Information
Dear reader, to leave comments on the publication, you must sign in.