The sun revolves around the earth

November 2 2015
114
The educated and relatively intelligent part of the American public, watching the election campaign in the United States, is seriously saddened, because citizens who listen to populists and demagogues are catastrophically ignorant. Indicators that demonstrate a “lack of knowledge” among the general public are “absolutely terrifying,” notes Salon magazine. Many Americans are convinced that the Sun revolves around the Earth, does not believe in evolutionary teaching, does not read a single book a year, but instead believes in “accumulating wealth through prayer.” 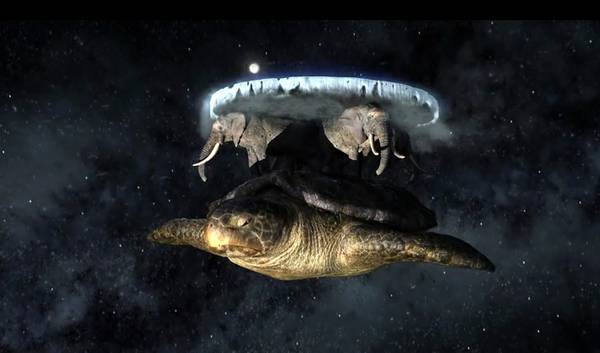 The Journal "Salon" An article by David Mashiotra was published that told readers the “disturbing truth” about the United States.

One of the never-ending clichés of American political discourse is the idea that a “rebellion of populism” can cure all the diseases that the people, the government, the economy, and the US culture are suffering from. Abraham Lincoln’s dream of managing “people and for people” mutated into wild cries coming “from megaphones in the hands of charlatans, burghers and fools,” the author believes.

An informed observer, according to the analyst, should from time to time explore the cultural landscape, political dialogue and mental abilities of the average American. And I have to ask myself the question: who the hell are these people who are eager to run government policies? Who are they, ready to offer their candidates for the management of an increasingly ignorant population?

Indicators showing the general public lack of knowledge and even the desire for them "absolutely terrifying", says the publicist. An analysis of the relevant indicators should turn into shock even the most naive, believers in the principle of "the power of the people." Is it time to revise the concept of democracy?

According to the results of a major sociological survey conducted by Newsweek magazine, 44 percent of Americans can not figure out the sections of the Bill of Rights. According to others, two-thirds of Americans can not name a single judge of the Supreme Court. 29% do not know the name of the current vice president. Studies by the Intercollegiate Studies Institute have shown that only half of Americans among those surveyed were able to correctly identify all three branches of the federal government.

Sad statistics also show that a quarter of Americans believe that the sun revolves around the earth, and 42 percent do not believe in biological evolution.

As any good teacher will confirm, lack of knowledge is “excusable and fixable” if a student demonstrates a commitment to improvement and tries to learn. However, the vast majority of Americans are not only ignorant and do not know the basic facts. stories and science, but also brazenly flaunts their ignorance, "apparently without feeling the need to learn lessons or improve their knowledge."

A recent Pew Study found that only 29% of Americans regularly read newspapers (paper or digital). And 24 percent of Americans do not read a single book a year! And we can safely assume that among those who have read at least one book in twelve months, many have downloaded the latest instruction from Joel Austen to the brain, explaining how to “accumulate wealth through prayer”.

In fairness it should be noted, the author writes sarcastically that many Americans cannot be readers: they cannot read. The US Department of Education recently found out that 14% of Americans are illiterate, and almost a quarter of Americans read worse than fifth graders.

The politics of the modern United States is accompanied by total illiteracy and ignorance. Around shit: fifty-nine percent of Americans support the use of torture against suspected terrorists! At the same time, less than half of Americans are worried about the fact that an unmanned vehicle abroad is killing someone innocent. In 2014, 38 percent of Americans, according to a Vanderbilt University study, stated that the First Amendment "goes too far" in guaranteeing freedoms.

So, the assumption that the majority of Americans are smart people turned out to be a mistake, the publicist ironically. Well, if so, why be surprised at the enormity of disasters that broke out because of the policy of not the most intelligent presidents? President Bush and his "pack of thugs," for example, easily convinced most Americans that Saddam Hussein was associated with the 11 September 2001 terrorist attacks. There was nothing difficult in this: the majority of people who do not read newspapers or books, who do not understand the elementary facts of history are easy prey for manipulators.

No wonder Noam Chomsky believes that America is drifting from democracy to oligarchy. Now the hope for a “miracle cure” is ending. Americans are sure that a proper organization or an appropriate level of consciousness is enough to change “everything around” so that justice reigns everywhere, and life resembles Eden's paradise. Such views give the impression that once smart people "made a lobotomy." The situation resembles the behavior of a doctor who assures a patient that the death throat confirms: there are several minutes left before recovery. In short, it does not seem that the citizens of the United States have chosen the intellectual Chomsky as their president.

What can be done to teach Americans?

According to the author, the “uprising of populism” will bring positive changes only if it is followed by a massive cultural transformation.

American schools should restore real learning and “intellectual rigor” in the classrooms. Educational institutions, right from kindergarten to college, will be required to give the human person a rich scientific program, mathematics, visual arts, history, philosophy, and so on. It should not require compliance, but stimulate creativity. It is necessary to inculcate not the ability to agree, but to teach the values ​​necessary for the realization of independence and inquisitiveness of mind.

High quality education should be available not only to rich people, but to all Americans. In this case, American families "will begin to raise their children, emphasizing wisdom, not wealth." There will be a growth of intelligence, kindness and compassion. And then the American media will begin to look for a new audience - smart consumers and politicians.

The irony is that this offer of cultural transformation is almost impossible under current conditions. Elite insists on its elitism.

More than 300 million people live in the country, and among these millions the share of elite workers, administrators, managers and technocrats is 10-20 percent of the population. "The uprising of populism" threatens to knock the steering wheel off the car, and the country will fly off the road into a ditch.

America needs an increase in the number of "elite" personalities, "and they are needed quickly." Instead of being a “nation of farmers,” America should become a nation of leaders, the author writes.

Who will lead the United States to such a leadership? Maybe Donald Trump? But this is also the author of books about wealth and an obvious populist subtly capturing the mood of the electorate. Or democrat Hillary Clinton? But after all, this lady can hardly boast a brilliant knowledge of history, economics and philosophy, and even to the high culture of Madame Wow, as far as China on foot.

Apparently, the number of those who believe that the sun revolves around the earth will grow in the United States.

Observed and commented on Oleg Chuvakin
- especially for topwar.ru
Ctrl Enter
Noticed oshЫbku Highlight text and press. Ctrl + Enter
We are
Donbass liberation day. That sun, then the rain over the sacred heightResults of the week. “Why is the war going on? Do they not read newspapers? ”
Military Reviewin Yandex News
Military Reviewin Google News
114 comments
Information
Dear reader, to leave comments on the publication, you must sign in.