October 29 2015
146
The Pentagon reveals details of the reasons for the alarm, on which 27 of October raised the sailors of the US Navy in the Sea of ​​Japan. At the same time from the deck of the aircraft carrier "Ronald Reagan" American fighters urgently rose. It turned out that the cause of the alarming work of the American "partners" was the approach to the US Navy aircraft carrier of two Russian DPLS (long-range anti-submarine aircraft) Tu-142 (NATO classification Bear-F). 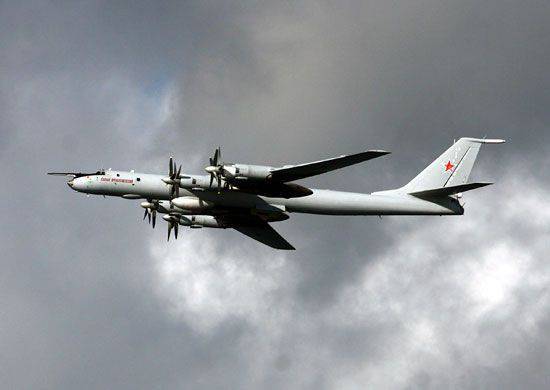 According to Urbana, on the aircraft carrier the approach was regarded as "exciting, but safe."

The aircraft carrier "Ronald Reagan", while in the Sea of ​​Japan, participated in joint maneuvers with the South Korean Navy. According to the official representative of the 7th fleet US Lieutenant Lauren Cole, US troops tried to make radio contact with Russian pilots, but no response was received. Tu-142 left the training area and, according to Cole, for some time the fighters escorted the Russian Air Force aircraft over neutral waters.

At the same time, the United States declares that there is nothing terrible about the flights of “some states” planes over the exercise areas, but “such actions must be carried out in accordance with international standards”. I wonder what? Are not those who constantly violate the States themselves? ..