October 29 2015
122
Edition "Star" published the comments of military experts on the updates of the Ukrainian defense industry, writes "Russian newspaper". 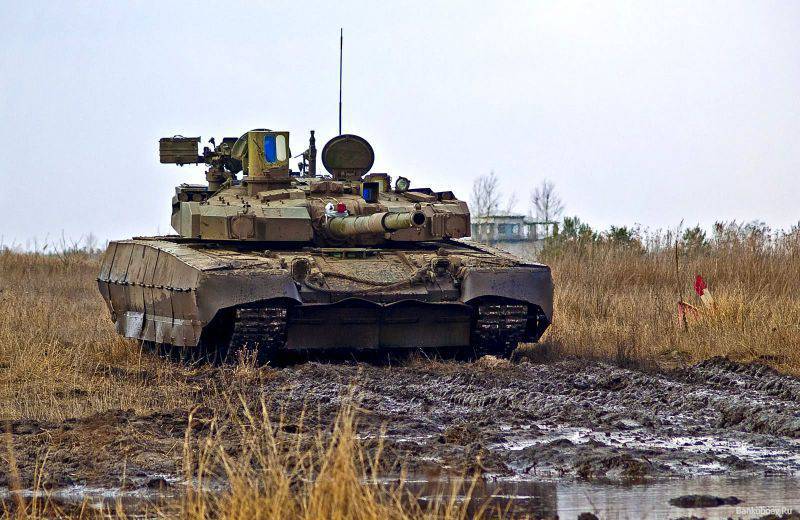 “All the“ novelties ”of the Ukrainian military-industrial complex over the past couple of years are such pathetic attempts to make“ at least something ”that a tear is already welling up. The “new” attack helicopter - after the Mi-2 was still in 1960, was painted in a fashionable color. The Hopak rifle is a cross between a Kalashnikov assault rifle, components of a PKM machine gun, a silencer assembled in a garage, and bipods purchased on the Internet. FROM tanks everything is not better, because the Soviet developments in modern combat are for the most part not relevant, and there are no personal successes in the Ukrainian military-industrial complex, ”Mikhail Tikhonov, military engineer, candidate of technical sciences.

Earlier, the head of the armored control department of the Ministry of Defense of Ukraine, Yuriy Melnik, said that by the end of the year several modernized T-72 tanks with a new NATO-standard fire control system would arrive at the Armed Forces, the newspaper writes.

“The Polish-made system, which Ukrainians are going to equip T-72, will not give any superiority on the battlefield. In order for a tank to become a truly effective combat unit operating with maximum mobility, there is a whole need to rework and rebuild. A good example of competent work on a familiar design is the T-90MS tank. Despite the similarity with the T-72, this is a completely new car. Fire control systems there are not mounted on top of standard electronics, but are tied into a single combat information and control system. Solutions to improve the combat properties of the tank should be implemented in a complex, not separately, ”- military expert, chief editor of the magazine“ Arsenal of the Fatherland ”Victor Murakhovsky.

The article notes that, according to experts, the Ukrainian "modernization" of the T-72 is "no more than wasted labor and money thrown to the wind, since NATO equipment mounted on top of Soviet electronics and operating on other frequencies of the communication system are not capable of increasing combat capability tank connections. "

“If you recall the five-day war, when the Russian army squeezed the Georgian troops out from the territory of Ossetia, they came across T-72, modernized with imported equipment. Georgian tanks, in particular, were equipped with Israeli observation and reconnaissance systems, which cost a lot of money, but did not help the Georgian tank crews. In the case of the modernization of the T-72 in Ukraine, it’s rather just loud statements than real work aimed at improving the quality and survivability of tanks in battle. There are no systems for protecting new ones, communication is according to NATO standards, although Ukraine is not a NATO member and has never been a part of the system ... A complex of strange and incomprehensible measures to be taken ”, - Oleg Sadovnichy, a specialist in electronic radio electronic equipment and control systems .