Under Samara, the special forces carried out the landing from the extreme heights of parachute training

Special Forces officers of the Central Military District made a landing from Mi-8 helicopters from altitudes up to four thousand meters to a platform with a radius of 25 meters. This height is considered to be the maximum in parachute training - jumps from four thousand meters and high altitudes are performed only with oxygen equipment. 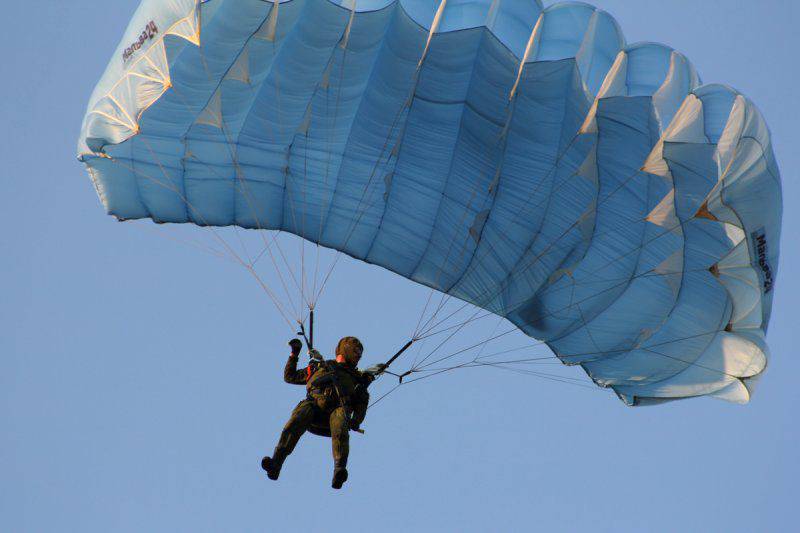 Jumps were performed at wind speeds up to 6 m / s. The participants of the competition used a special parachute system “Crossbow-2”, which provides a safe landing from various heights with a flight mass up to 150 kg (a parachutist with equipment). The range of trouble-free operation "Crossbow-2" - from minus 35 to plus 35 Celsius. Landing can be performed while the aircraft is flying at speeds up to 350 km / h.

The harness has eight adjustment points that allow you to adjust for height (the limiting value is the height of the parachuter 2 m). The parachute system has an important function of rapidly reducing speed before the parachutist makes contact with the ground.

RIA News quotes the representative of the press service of the Central Military District:

The command assessed the participants according to the level of complexity and correctness of the elements of aerial acrobatics performed, as well as the accuracy of landing. The best commandos received letters of thanks from the commander of the special forces unit of the district.

Ctrl Enter
Noticed oshЫbku Highlight text and press. Ctrl + Enter
We are
The action “Military service under the contract is your choice!” In Rostov-on-Don: future contract servicemen, exhibitions and “Russian Knights”Explosions near Samara: the cannonade does not subside
Military Reviewin Yandex News
Military Reviewin Google News
10 comments
Information
Dear reader, to leave comments on the publication, you must to register.